The province is dipping into the uncertain future of the shuttered Hudson's Bay flagship building in downtown Winnipeg.

The province is dipping into the uncertain future of the shuttered Hudson’s Bay flagship building in downtown Winnipeg.

As the Manitoba government unveiled its 2021-22 provincial budget Wednesday, a sum of $25 million “in trust” was announced to redevelop the historic site on Portage Avenue and Memorial Boulevard.

Calling it an “exciting partnership,” a provincial spokeswoman said she could not provide any details yet about how the funding will be used.

In his speech to the legislative assembly, as he tabled the Tories’ fiscal blueprint for the province, Finance Minister Scott Fielding called the new funding a way “to preserve our past while revitalizing our future.”

“Much of our economic growth occurs in our cities and local communities,” said Fielding. “That’s why we’re investing in this historical preservation and civic development project in the heart of our capital city, especially during COVID-19 (pandemic).”

At an afternoon news conference, Premier Brian Pallister said the former retail flagship, which opened in 1926 and closed in 2020, is “iconic for everyone in the province.”

Both Pallister and Fielding urged municipal and federal levels to step up and match the funding being proffered by the provincial Progressive Conservative government.

“I think we all have an interest in seeing us preserve, to some appropriate manner, the legacy and history of our province as it’s been associated with the Bay,” said the premier.

The mammoth, 650,000-square-foot building is one of original six stores for the 350-year-old Hudson’s Bay Co. before it expanded across North America.

In October 2020, the Canadian retail chain announced it would be shuttering the downtown Winnipeg store permanently in early 2021, due to a “change in consumer behaviour.”

By late November, citing debilitating finances during the COVID-19 pandemic, a “closed” sign was placed on the building two months earlier than planned.

Business leaders, industry stakeholders, and City of Winnipeg officials have been left scratching their heads about what exactly should happen with the now boarded-up eyesore smack dab in the middle of downtown.

“I think it’s incredibly encouraging that the province is stepping up right now with this,” Kate Fenske, chief executive officer of Downtown Winnipeg Business Improvement Zone, said Wednesday in an interview.

“There’s a pretty big ripple effect with the way businesses work, and with so many that have closed in downtown (amidst the pandemic), 37 that we know for sure, certainly the Bay being vacant isn’t helping anybody.”

Fenske compared the new funding to The Forks North Portage Partnership, an initiative that developed the riverside tourism, dining and retail destination in the city, through a corporation equally owned by the federal, provincial and municipal governments.

“I mean look at The Forks, right?” she said. “That worked out great because everyone was at the table talking about this historical space that could be used to increase the potential of our city.”

For Economic Development Winnipeg president and CEO Dayna Spiring, however, it’s “surprising” the province is investing in the building now, months after its permanent closure.

“It’s good to see the province interested in our downtown, and interested in this particular building. We’ll obviously look to see what they have in mind.” – Mayor Brian Bowman

“You know what?” Spiring told the Free Press, “I haven’t actually had any talks with them about this before this happened. So, yes, it is a surprise.”

Spiring is leading a city-appointed advisory committee to figure out the best use for the building, and who will pay for its future. She said Wednesday nothing has yet been set in stone by the advisers, including building owner Hudson’s Bay Co.

Speaking to reporters at a news conference, Winnipeg Mayor Brian Bowman said Wednesday was the first he had heard of the provincial funding, too.

“It’s good to see the province interested in our downtown, and interested in this particular building,” he said. “We’ll obviously look to see what they have in mind.

“They haven’t shared any specific redevelopment ideas that they may have and who they may be discussing with other parties.”

Asked whether the city will be matching the provincial funding, Bowman said: “If you’re asking whether we’re prepared to commit $25 million today, we think there’s more work that needs to be done before that decision is made in due course.” 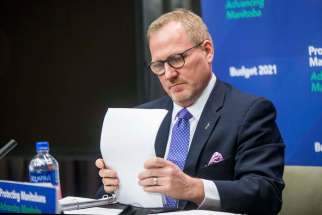 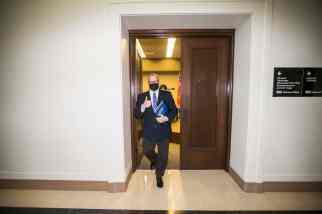 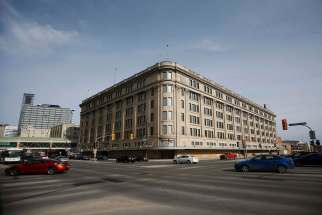 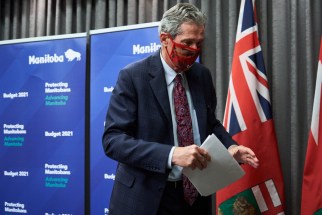 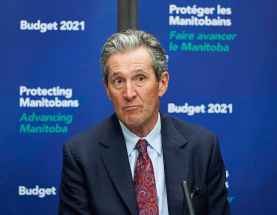 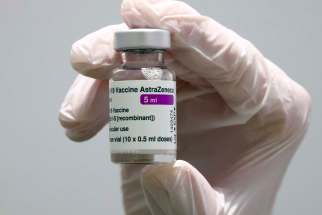 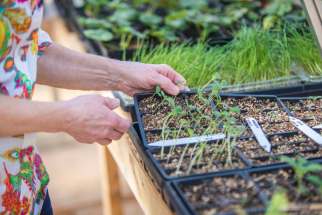 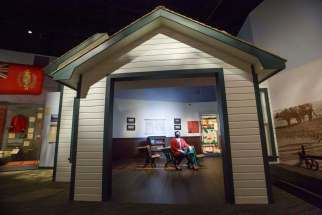 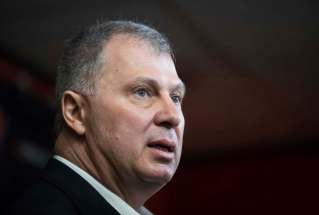 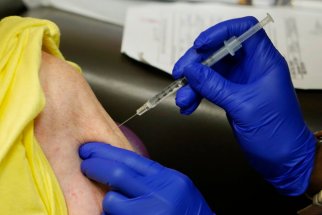 A dozen highlights from Budget 2021 An unwanted legacy: why Pallister’s tax cuts are a mistake