It's a script Manitobans have seen played out before — rising COVID-19 case counts, doctors sounding the alarm, and pressure mounting on the government to take action.

It’s a script Manitobans have seen played out before — rising COVID-19 case counts, doctors sounding the alarm, and pressure mounting on the government to take action.

In late October, a group of physicians wrote an open letter to Premier Brian Pallister and then-health minister Cameron Friesen, in which they urged them to institute a provincewide lockdown. That was followed days later by a letter signed by 200 doctors and scientists who warned that the pandemic was spiralling out of control.

Friesen questioned the motivation of the latter group at the time, saying their timing seemed motivated to have the “maximum effect in causing chaos in the system.”

The Pallister government would not institute a provincewide lockdown until Nov. 12. Manitoba would go on to suffer some of the highest COVID-19 infection rates in the country, if not the continent.

Now, there is again alarm among doctors and community leaders about what’s in store during the third wave. They’re worried that a reluctance on the part of the Pallister government to take swift action will cause needless deaths.

So far, the government is following the old script of attacking the messenger. Pallister remarked this week that health-care workers who called for strict new measures don’t have to worry about losing their jobs. “It’s coming all too often from people who wouldn’t be affected adversely by a shutdown,” he said of his critics.

Rather than taking bold action, the government is “rolling the dice,” some say, hoping case counts level off and hospitals and their ICU units aren’t again swamped.

Case counts have risen by an average of 40 per cent per week over the past three weeks, while ICU numbers have jumped by eight per cent per week. On Thursday, the number of new COVID-19 cases climbed to 261 — the highest since Jan. 14. That was followed by 181 new cases on Friday.

Modelling released Friday by the Public Health Agency of Canada predicts a dramatic rise in Manitoba cases if the province doesn’t drastically reduce contacts between people.

It warned that daily case counts could jump to 400 by mid-May if adequate measures aren’t taken. The modelling, by the health agency and McMaster University in Hamilton, takes into consideration vaccination rates and the rise of more infectious variants.

The agency said Manitobans must reduce their contacts by 30 per cent to drive down case counts to below 100 by mid-May.

The Progressive Conservatives and their senior health advisers say they are monitoring the situation, but so far they’ve resisted calls for a lockdown.

Dr. Jazz Atwal, deputy chief provincial public health officer, urged Manitobans Friday to “buckle down” and change their behaviour to avoid such actions. He recommended individuals and businesses, in fact, go beyond the demands of public health orders.

“Just because you can do something, maybe you shouldn’t,” he said.

When pressed repeatedly as to why the province wasn’t instituting a lockdown, he brought up the negative effects of such a move.

On Oct. 30, a day doctors drew public attention to the potential consequences of the second wave of infections, Manitoba announced 480 new cases and a test positivity rate of 8.6 per cent. At that time, the provincial COVID-19 death toll stood at 65.

On Friday, the provincial test positivity rate was 6.5 per cent and the death toll had climbed to 964.

In an op-ed piece for the Saturday Free Press, Dr. Anand Kumar, a Winnipeg intensive care unit physician, writes that had Manitoba adopted a “maximum suppression strategy” comparable to that of Atlantic Canada, “there would likely be 900 more Manitobans alive today.”

He questioned the government’s implied policy of instituting lockdowns only when hospitals and ICUs are at a breaking point.

On Thursday, a group of prominent Manitobans and former Manitobans also urged swift action on the part of the government.

“Just because you can do something, maybe you shouldn’t.” — Dr. Jazz Atwal, deputy chief provincial public health officer

“The attempts to stall the inevitable broader scale provincial shutdown for as long as possible, appears to amount to a calculated decision to allow an increased number of Manitobans to become sick or die, in order to keep a number of non-essential services operational,” the group wrote.

Now that cases are rising again, there’s no sense of urgency to deal with it, said Dr. Philippe Lagacé-Wiens, who was among the first physicians to share their concerns publicly last fall. Hoping people go above and beyond the health orders “is not a strategy,” he said.

“Now’s the time to start to talk to your health-care workforce about what the health care plan is for the next three or four weeks,” he said.

Manitoba is ramping up its vaccination program but, even with close to 30 per cent of people having received a single dose, it won’t be enough to hold back a third deadly wave, said Lagacé-Wiens. It’s time for another lockdown, he said.

While the coronavirus situation grows more dire as the days go by, Pallister and his health minister, Heather Stefanson, continue to refer reporters to their officials to answer the tough questions about the government’s COVID-19 policies.

For the past two Thursdays (normally the last sitting day of the legislature in a given week), the premier has been absent from question period.

On April 15, according to his Twitter account, he toured a Portage la Prairie potato processing plant instead of facing the Opposition in the legislature. This past Thursday, he was absent because he was giving an interview to Bloomberg News, his spokeswoman said.

“Nobody wants to be the one calling for a lockdown. But at the end of the day, it’s doubly concerning with this premier who doesn’t show up for work on the most important days asked of him in his job as leader of this province,” he said.

Kinew said there would be much more public buy-in on any new restrictions if the government were more forthcoming with information on the location of virus hot spots.

“There’s still some time to change how this story ends, but it is going to require better performance from government. Right now, the strategy seems to be, ‘Well, let’s just wait and hopefully, the case counts start to go down,'” Kinew said.

Liberal Leader Dougald Lamont said “it’s incredibly confusing” for the government to tell Manitobans they should go above and beyond following public health orders to keep COVID-19 at bay, as Atwal suggested on Friday.

“I often hear from people saying, ‘If it’s not safe, shut it down,’” Lamont said. “They want clear messaging, not, ‘We’re going to open all the malls and let you go to restaurants, but don’t go.’ That’s the messaging right now. That’s a terrible message. People are relying on authorities, on the people who are the experts, to tell them if it’s safe or not.”

Lamont said the premier is in charge, and he’s not making decisions that prioritize public health.

“This is a complete repeat of the second wave, where the government refused to do what it needed to do to put public health first. It looks to me, again, like Pallister is running the show and overriding and blocking public health from making the decisions they need to make to keep Manitobans safe,” he said Friday. 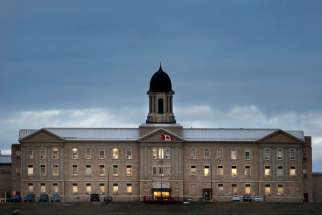 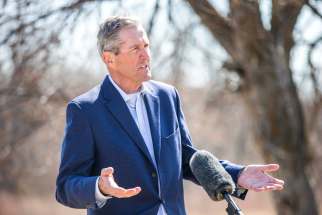 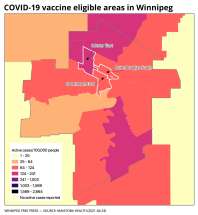 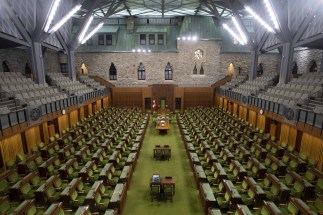 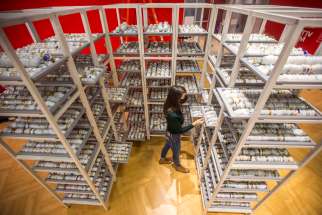 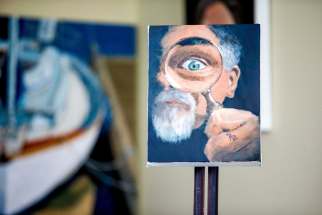 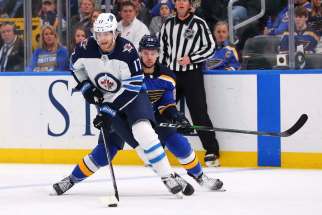 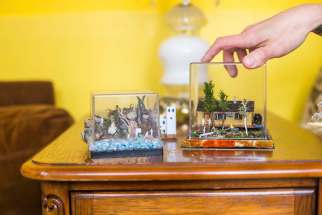 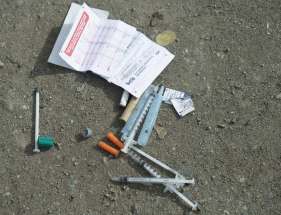