On the fourth floor of the Air Canada Building on Portage Avenue, 15 members of the Downtown Community Safety Partnership sit in a circle and brief each other on what they might encounter as they prepare to walk through downtown.

On the fourth floor of the Air Canada Building on Portage Avenue, 15 members of the Downtown Community Safety Partnership sit in a circle and brief each other on what they might encounter as they prepare to walk through downtown.

They discuss following up with familiar faces: a transient man who had asked for help getting social assistance and a pregnant woman in a potentially dangerous situation. They put on black jackets with recognizable green stripes and bright green tuques, grab radios to connect with each other, and water and protein bars for the people they’ll meet on this weekday afternoon.

The group includes members from every walk of life, including people who have been in jail and those who have lived on the street. Their bond, executive director Greg Burnett said, is a desire to lift up people in need.

“This isn’t policing, this isn’t law enforcement, this isn’t compliance. This is health-based, wellness-based. I think it’s long overdue that that approach is taken to complement what’s out there already,” he said. “There’s a lot of people doing great work out there, and we’re just hoping to be a piece of that.”

“This isn’t policing, this isn’t law enforcement, this isn’t compliance. This is health-based, wellness-based. I think it’s long overdue that that approach is taken to complement what’s out there already,” – Downtown Community Safety Partnership executive director Greg Burnett

Established in April 2020, the partnership has three sub-groups: an outreach team that walks downtown, a 24/7 service to connect individuals to other supports, and a transition program that helps people find long-term supports, including housing and addictions treatment. Those services have replaced the downtown watch and homelessness programs that were managed by the Downtown Winnipeg BIZ.

The partnership is working on a central communication centre that would provide a link to health care, police and paramedic services to collect information on and respond to those in need downtown.

The group has received two years’ worth of funding from multiple sources, including the province, city, Downtown Winnipeg BIZ and True North, which pays for 50 to 60 employees, Burnett said.

“The funding has to be spent, and we want to spend it on jobs and work and building a community safety model,” he said.

His hope is that more stable funding, be it from the province, city or private sector, will be secured after the program provides measurable results in two years.

Burnett, a retired police superintendent, jumped on the opportunity to pilot the partnership “to change the way we look at community safety.”

“There’s lots of studies, lots of reports that this is needed. I know in other jurisdictions, different models exist, but this is a first in Winnipeg, in Manitoba for sure,” he said. “I think we’ll set, hopefully, a high bar for everybody else to come and see what we’re trying to do.”

The group works with volunteer community outreach groups, including the Mama Bear Clan. It has made an effort to separate itself from law enforcement in the eyes of the community, replacing the red outfits worn by the former downtown watch with the green tuques. They want to appear friendly and approachable.

“There’s a lot of trust issues out there, in pathways that have been built previously… the hope is that we’re able to build a relationship, and when they see us, they know we’re here to help.” – Greg Burnett

“I think a lot of those relationships, for any number of reasons, are fractured,” Burnett said. “There’s a lot of trust issues out there, in pathways that have been built previously… the hope is that we’re able to build a relationship, and when they see us, they know we’re here to help.”

“I’m just here to help people,” said Sousa, who worked as a violence intervention mediator and in 24-hour safe spaces.

“If you’re working from here, people can feel that,” Kole said, tapping her heart. “A lot of the time, people will say ‘Thank you for taking care of us,’ but we’re taking care of each other.”

They both constantly scan the area. They often stop when they spot someone they recognize, or when someone recognizes them. This happens often.

Among them, Sousa explained, is a man from a northern community who’s been transient for several months in Winnipeg after dealing with a health complication and the death of a family member. The partnership helped him make a connection to the Health Sciences Centre and the Winnipeg Regional Health Authority in the hopes of finding housing for him in the city or helping him get back home.

“…People need some supports and aren’t able to get them because of the barriers of not having a cellphone, or having access to internet,” he said. “Being the eyes and ears of a lot of community agencies — and being able to connect them to get that service that they need to better their lives — is part of the work that we do.”

Kole said she was transient as a youth and struggled to navigate the city’s support systems. After getting on her feet and having a son, she set her sights on giving back to her community. She has been doing it for 10 years.

“I always mention (to them), you deserve good things, you deserve to be in a home, but I love you and respect where you’re at, and if you don’t want to, how can I make your experience better at a camp? How can I make your experience better when you’re sleeping on the sidewalk?” she said. “Asking people what they would like, and if they’re not ready for the help, that’s totally OK. But it is a problem: houselessness is a huge problem in Canada, in Winnipeg specifically.”

As the walk around Portage Avenue comes full circle at the westbound Portage bus stop at Carlton, both Kole and Sousa have drifted away from the conversation. There’s more urgent work to be done. Sousa and another member meet with the man who wanted help applying for social assistance.

Kole recognizes a man who had received medical attention for an injury in the past and sits by him to gently follow up on how he’s doing. Beyond the bus stop, several bright green tuques are visible in the distance — each person providing a helping hand. 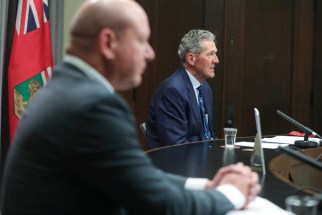 Pallister out to lunch 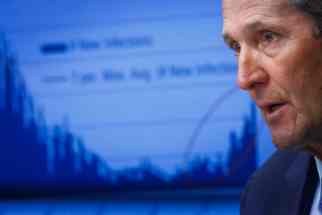 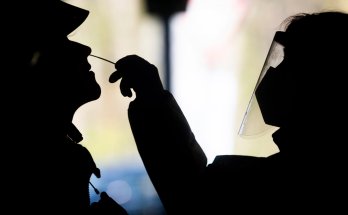 Amazon doubles down on facilities in town 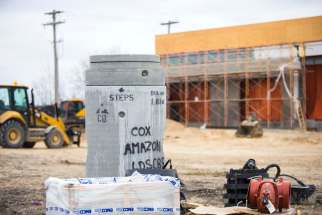 Providing a path to community safety 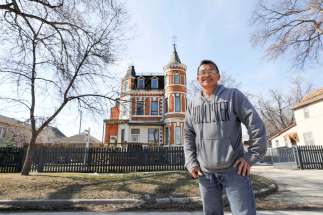 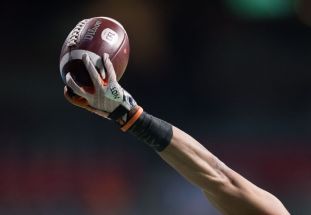 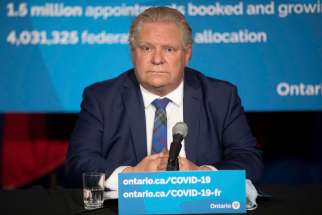 Amazon doubles down on facilities in town Prairie palace