A rural Manitoba teacher has been suspended for attending an anti-mask rally in Winnipeg Sunday after parents raised concerns she might expose their children to COVID-19.

A rural Manitoba teacher has been suspended for attending an anti-mask rally in Winnipeg Sunday after parents raised concerns she might expose their children to COVID-19.

A photo circulating among concerned parents shows the Altona teacher at the rally, which drew hundreds of protesters of all ages who milled around maskless and disobeyed social distancing guidelines.

Hollie Buhler, who teaches Grade 1 at Elmwood School in the town, 100 kilometres south of Winnipeg, is pictured posing shoulder-to-shoulder with another woman and rally organizer Chris Saccoccia. Text on the image reads “It’s time to stand up Manitoba” and “Fight for your freedom” and “Just say no.”

The Free Press reached out to Buhler, but she didn’t respond.

While the Border Land School Division refused to talk about the suspension to the Free Press, a parent who had complained, received a message from the division that said the teacher would not be at school.

“While I am unable to share more details for privacy reasons, I can confirm that the employee will not be present in the workplace while the division investigates this matter,” said the statement from superintendent Krista Curry.

Two protesters at The Forks anti-mask rally among 56 fined

“Border Land School Division takes direction from Manitoba Education and we have worked hard this last year to ensure protocols are in place and followed in our schools.”

“The division will issue reminders to all staff about the importance of the orders and protocols, particularly given we are in the midst of a third wave.”

“I think it’s the right thing for the school to be investigating and not having her attend classes right now for the protection of everyone involved,” said Pappel.

Some parents were angry the school allowed the teacher to work on Monday. Pappel decided to pull her daughter from school because she feared she might catch the virus.

“I think it’s the right thing for the school to be investigating and not having her attend classes right now for the protection of everyone involved.”
– Holly Pappel, whose daughter attends Grade 1

Pappel runs a home daycare with her husband, which influenced her decision. The 41-year-old’s teenage nephew, who has a heart condition, lives with her family.

“If my daughter has to quarantine, that means I have to close my daycare. That would be our income and our livelihood for however long we have to quarantine for,” Pappel said. “If my nephew with a heart condition gets it, we don’t know what the outcome would be.”

Pappel called Health Links on Monday to find out how to minimize her family’s risk of catching the virus, in the event the teacher contracted it during the rally or came into contact with someone who tested positive.

“I totally believe that everyone has the right to their own beliefs and perceptions about what’s happening with COVID,” Pappel said. “My concern was how it was going to impact me and my family and my livelihood. Now that I know the teacher is not at school, I’ll feel safe sending my daughter back.”

A father of another student had similar concerns.

“People should think about their actions when there’s children involved,” he said.

A number of other parents from the kindergarten to Grade 3 school opted to temporarily pull their children from school after hearing about Buhler’s attendance at the rally, he said.

The Manitoba Chiropractors Association has accepted the resignation of its president, Dr. Steven Gall, after he was spotted in the crowd at Sunday’s anti-mask rally at The Forks.

“As a profession, the (association) does not condone or tolerate behaviour which stands in clear contravention of public health orders,” said acting president Dr. Gerald Chartier in a news release.

The Manitoba Chiropractors Association has accepted the resignation of its president, Dr. Steven Gall, after he was spotted in the crowd at Sunday’s anti-mask rally at The Forks.

“As a profession, the (association) does not condone or tolerate behaviour which stands in clear contravention of public health orders,” said acting president Dr. Gerald Chartier in a news release.

“Throughout the pandemic, and as part of Shared Health’s essential services network, we have stood united with the provincial government in its fight to protect Manitobans,” said Cartier. “(We) will continue to do so by mandating strict adherence by our members to all orders.”

Gall runs Linden Ridge Family Chiropractic on Kenaston Boulevard. An employee at the clinic declined to give a message to Gall and directed questions to the chiropractic association.

Two attendees at the rally were given tickets of $1,296 for breaking pandemic rules.

He said he supports the division’s choice to suspend the teacher and plans to send his child back to school next week.

An email from Hiebert obtained by the Winnipeg Free Press states, “Prior to arrival at work each day, all staff are expected to self-screen for COVID symptoms. Assuming they are symptom-free and have not been directed by Public Health to isolate, they are expected to be at work.”

The message goes on to explain enforcing public health orders outside of school hours is the responsibility of law enforcement.

Another parent with children who attend the school saw the photos of Buhler and was “furious” but not surprised because the teacher has been outspoken about her anti-mask beliefs, she said.

In another case, Lord Selkirk School Division suspended one of its bus drivers with pay for attending Sunday’s rally.

“We heard information and acted on the information that came to us as soon as we could,” said superintendent Jerret Long.

The division, which represents 15 schools in the region just north of Winnipeg, said it’s conducting an internal review. 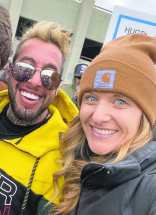 Vaccine a hard sell in parts of southeastern Manitoba 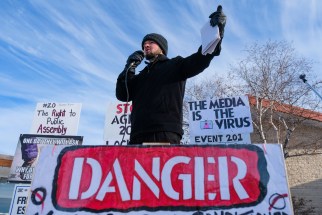 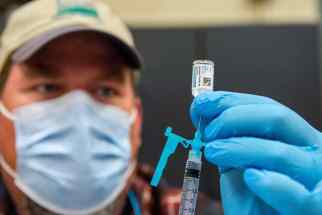 Manitoba’s 70 per cent June target likely on the move 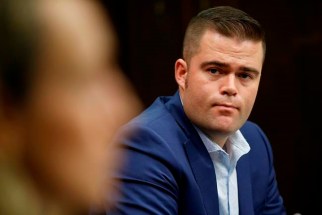 Call out spreaders of misinformation — don’t ignore them 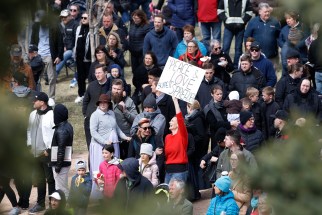 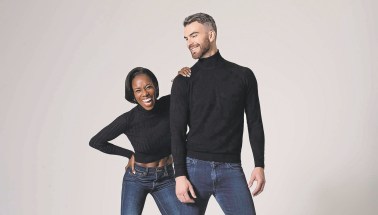 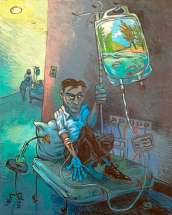 Gutting estimates is an attack on democracy 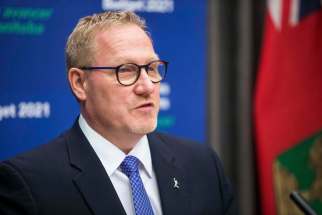