The number of Indigenous people being locked up in federal prisons is spiking despite overall declines in both incarceration and crime rates across the country.

The number of Indigenous people being locked up in federal prisons is spiking despite overall declines in both incarceration and crime rates across the country.

Accounting for just five per cent of Canada’s population, Indigenous people make up 30 per cent of the federal prison system’s inmate population.

IT HAS BEEN 59 years since the Canadian state last slipped a noose around the neck of a prisoner, and more than four decades since the gallows were formally abolished in this country, yet death continues to lurk behind the bars of Stony Mountain Institution north of Winnipeg.

Stony Mountain is not just the oldest active federal prison in Canada — it is also the deadliest.

In the past 15 months, 13 inmates have died there; no other federal prison has reported more deaths during that period.

Five people died in the first 93 days of 2021 alone, an average of one every 18 days. It was during one of the worst outbreaks of COVID-19 at a federal correctional institution in Canada; half of Stony’s inmates were infected.

The crisis is particularly acute in the Prairies, where roughly 70 per cent of the people behind bars at Stony Mountain Institution north of Winnipeg are Indigenous.

Ryan Beardy, a former gang member and current justice advocate, mentor and freelance journalist, said that it was while he was incarcerated at Stony Mountain that he decided to begin speaking out about prison conditions in Canada.

“It’s easy to say there’s over-incarceration of Indigenous people. But what does that really mean? It means we have a race of people that have historically and systematically been targeted by the government and the justice system,” Beardy said.

“One of the common themes I saw, every time I was incarcerated at every institution I went to, was that it was filled with brown faces. Black, Indigenous and people of colour are overrepresented there, and I saw it first-hand.”

In his latest annual report, Zinger noted numerous troubling trends when it comes to Indigenous people and the Canadian criminal justice system. It’s not just that they’re being sent to prison more, it’s that they have worse outcomes once they get there.

In the Prairies, 65 per cent of Indigenous inmates return to prison within five years of their release — a statistic that demonstrates the high recidivism rates that plague Canadian federal prisons.

“Because of all these things we’ve got to change how corrections does its business and Stony Mountain is a good example where a lot of effort is being spent,” Zinger told the Free Press. “And staff are working hard, but they are not effecting change as they are supposed to.

“More has got to be done… to ensure that correctional outcomes for Indigenous inmates are improved, because currently they are terrible.”

In a written statement sent to the Free Press, Correctional Services Canada acknowledged the problem and said it’s a “complex issue that we must all work on in concert to fix.”

The spokeswoman said that CSC has developed an “anti-racism framework and action plan,” and that since 2018, the agency has implemented a review policy in an attempt to ensure that Indigenous people are not being disproportionately classified at higher security levels.

“CSC is committed to enhancing its capacity to provide effective interventions for Indigenous offenders, and is working collaboratively with criminal justice partners, agencies, organizations and community stakeholders, including Indigenous communities,” the spokeswoman said.

But Catherine Latimer, the national executive director of the John Howard Society, said CSC often has a lot of good ideas on paper, but the problem is actually getting the agency to implement them.

When she was first named executive director of the prison-reform advocacy organization, Latimer said she read a report on CSC’s plans to improve mental-health supports in prisons. She agreed with the proposals in the report and called her predecessor to say how surprised she was by its strength.

Hard time in hell: Inside Stony

Life and death behind bars: a Free Press investigation

“He said to me, ‘Your problem is going to be trying to get them to implement it.’ And I think that’s right. I think they have a lot of good stuff on paper but they just can’t get it implemented,” Latimer said.

“That’s a significant problem and you’ll find it right across the board.”

For decades, the federal prison ombudsman has struggled to get the CSC to comply with its recommendations for reform. In Manitoba, provincial judges presiding over inquests into in-custody deaths at Stony Mountain have long called for changes that have not materialized.

Madelaine Christine Jacobs, who wrote a PhD thesis on the overrepresentation of Indigenous people in prison for Queen’s University in 2012, argues the current situation is no accident.

“The disproportionate incarceration of Indigenous peoples in Canada is far more than a socio-economic legacy of colonialism. The Department of Indian Affairs espoused incarceration as a strategic instrument of assimilation,” Jacobs wrote.

And Grand Chief Arlen Dumas of the Assembly of Manitoba Chiefs believes that other institutions in society outside criminal justice — such as the child-welfare system — also play a role.

“All of these things compound one another and that helps create that overrepresentation,” Dumas said.

Beardy said there are concrete, tangible steps that could be taken now to address the crisis: end mandatory minimum sentences; address biases that lead to high-security ratings for Indigenous inmates; and support grassroots, community-based services.

“Similar underlying social problems from the past exist today, and similar pipelines into the prison system exist today…. There are systemic issues at play here, and it’s a very real crisis that’s overlooked,” he said.

“Is that not the Indigenous plight all over again? Being overlooked and becoming a commodity in the system?” 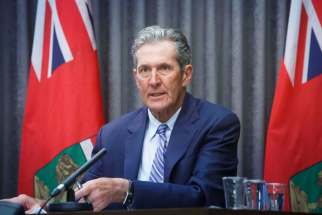 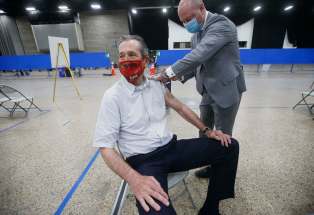 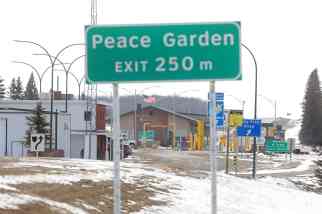 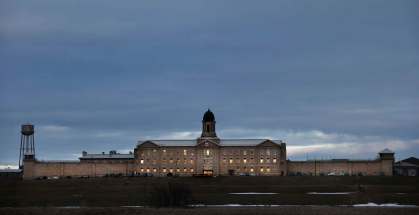 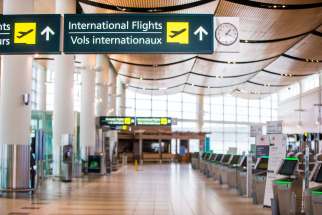 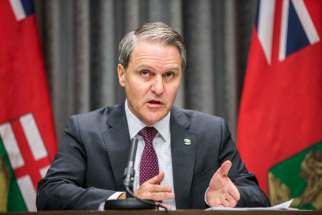 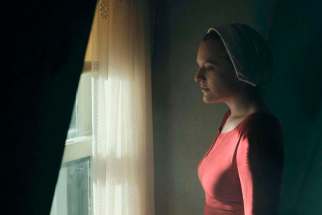 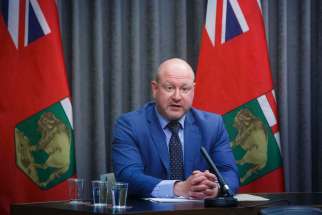