Manitobans waiting for their second shot of a COVID-19 vaccine could book their appointments as soon as May 22, marking the midway point of the province’s vaccine rollout and the start of an intense summer immunization campaign.

Manitobans waiting for their second shot of a COVID-19 vaccine could book their appointments as soon as May 22, marking the midway point of the province’s vaccine rollout and the start of an intense summer immunization campaign.

Johanu Botha, operations, planning and logistics lead for the province’s COVID-19 vaccine task force, said all Manitobans who receive a first dose of Pfizer-BioNTech or Moderna by June 15, will be fully vaccinated with their second dose by the end of July.

“The most common question we hear when people come for their first dose is, ‘When will I get my second dose?'” Botha said Wednesday during a news conference. “We’re aiming to have the first group of people call or book online starting May 22, to make appointments for their second doses.”

All Manitobans 12 and older will be eligible to book a first vaccine shot by May 21. Botha said immunizations for people 18 or older are expected to be completed by June 4 (assuming a 70 per cent uptake), adding it will take another week to deliver doses to the approximately 100,000 Manitobans between the ages of 12 and 17.

After that, the province can begin administering second doses of Moderna and Pfizer, starting with those who have select health conditions, Botha said. Second-dose appointments will then be opened up to Manitobans based on the date they received their first shot, he added.

“If we have contact information for people, and we have for many of you, we will be reaching out to you directly by text or email or phone to let you know when you can book your second dose,” Botha said. “The second doses will begin going into arms no later than mid-June.”

The task force will need to give more than 650,000 second doses to people over a period of about seven weeks to fully vaccinate Manitobans by the end of July, or about 13,000 doses a day through the summer, at least.

“Summer will be busy… for our second-dose campaign,” Botha said. “We will be, by all accounts, fully flush with supply in a way that we won’t even be in May.”

“Summer will be busy… for our second-dose campaign. We will be, by all accounts, fully flush with supply in a way that we won’t even be in May.” — Johanu Botha, operations, planning and logistics lead for the province’s COVID-19 vaccine task force

However, as of Wednesday, the province had not received an updated delivery schedule for AstraZeneca. Second doses of that vaccine are recommended 12 weeks after the first dose, and will be administered by pharmacists and doctors.

Earlier Wednesday, a provincial official, who can’t be named but spoke on behalf of the Manitoba government, said efforts to ramp up and retain vaccination staff for the summer is ongoing.

The official said the province has received close to 3,000 applications from people to work as immunizers or navigators at provincial clinics.

The province, with the help of city staff and Shared Health, has started reaching out to candidates to fill positions as vaccinations ramp up. As of Wednesday, the province had hired or assigned 3,781 people to support the vaccine rollout, with a roster of 3,052 clinical staff.

The government official said about 200 immunizer jobs will be offered over the coming days, with the expectation those people will be available throughout the summer.

“What we’ve seen so far (is) that people are really willing to step up and they’re committed to the cause ultimately,” the official said.

The official said the province does not expect to need external support, such as the Canadian Armed Forces, to carry out the campaign. Instead, the government would tap into resources available through regional health authorities, if they were unable to fill positions.

During the First Nations-led rollout on reserves, residents were offered their second shot of Moderna as close as possible to the recommended 28-day mark. All second doses are to be given on reserves by July 1.

The Manitoba government had also been providing second doses to some people in congregate living settings.

Botha said despite uncertainty surrounding future deliveries of Moderna and AstraZeneca, Manitobans will get the same vaccine for their second doses, unless there’s a clinical reason to make a switch.

In cases where people were immunized at pop-up clinics, Botha said they can expect to see a clinic return to their community. New mass immunization clinics will also be up and running in Dauphin, Steinbach, Gimli (all set to open in May) and at least one other location in the Northern health region. 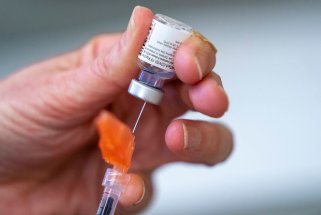 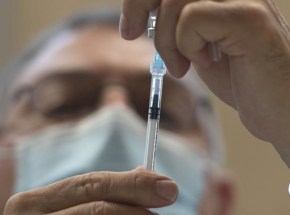 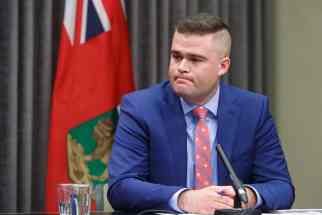 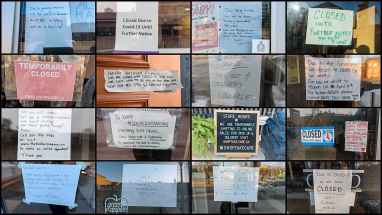 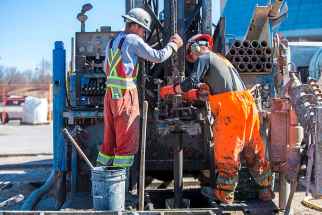 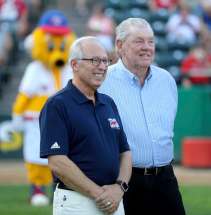 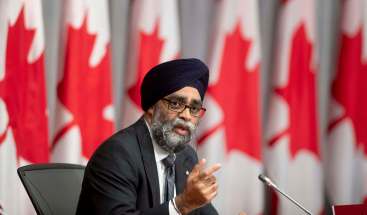 In Manitoba, 100,000 youth eligible to be fully vaccinated before fall classes Lots of COVID vaccine, but low on truth serum