Premier Brian Pallister and his government have been slowly, steadily building a wall around Manitoba Hydro to stop everyone — customers, consumer advocates and opposition critics — from seeing the true state of the utility's finances.

Premier Brian Pallister and his government have been slowly, steadily building a wall around Manitoba Hydro to stop everyone — customers, consumer advocates and opposition critics — from seeing the true state of the utility’s finances.

The Public Utilities Board may soon be able to get a look at Manitoba Hydro's finances and predictions for future health, both of which have been kept under wraps in recent years.

A PUB decision directs the Crown corporation to provide information about its finances and operations, saying "a transparent process allows the public to have access to information regarding the basis for the rates charged for electricity, and to trust that the monopoly utility is being regulated in the public interest."

The independent tribunal with broad oversight and supervisory powers over public utilities told Hydro in a decision posted Monday to provide "financial, operational, capital expenditure, hydrology, and cost of service information currently in existence and in use in the operations and management of Manitoba Hydro within 30 days."

The order follows a complaint earlier this year by the Consumers Coalition — which includes the Consumers' Association of Canada (Manitoba), Harvest Manitoba and the Aboriginal Council of Winnipeg — that the company hasn’t held a rate hearing since 2018 or divulged its financial forecast since 2016.

The wall is so high and so dense, as long as Pallister is in power, it may never come down.

However, if the Public Utilities Board has its way, a couple of big holes may get punched through in the next 30 days.

This week, the PUB ordered Hydro to turn over a raft of information on the Crown corporation’s current and future finances. Such data have been hidden for more than two years, after the Pallister government directed Hydro to cease the practice of applying in public for rate increases, pending the passing of Bill 35.

Bill 35 — which significantly reduces the PUB’s oversight of Hydro and allows the premier to set rates by cabinet decree — has been delayed until the fall by the Opposition NDP in the legislature.

That delay created a window of opportunity for the Consumers Coalition (a lobby that includes the Consumers’ Association of Canada — Manitoba, Harvest Manitoba, and Aboriginal Council of Winnipeg) to ask the PUB to review Hydro finances to determine if it is on a solid footing, before the government gets to finish building its wall.

The PUB, an independent administrative tribunal, told Hydro it has 30 days to turn over all kinds of financial information on current and future capital expenditures, operating expenses, and export contracts.

To date, a spokesman for the utility has only said the PUB order is under review.

The real question, unlikely to be dealt with by the PUB, is: why Pallister is trying to conceal Hydro’s finances?

There are two main theories, both of which have likely played a role.

The premier has portrayed the cost overruns for these projects as the biggest political scandals in Manitoba history. He commissioned a largely redundant report from former Saskatchewan premier Brad Wall to underline his disgust at the NDP’s performance.

However, to keep that narrative alive, Pallister has been forced to conceal anything even resembling good news.

Last year, when Hydro signed a pair of contracts with Saskatchewan to purchase power from Keeyask, expected to provide some $5 billion in revenue over the next 30 years, neither Hydro not the government made any sort of formal announcement.

Second, putting a lid on finance data allows Pallister to use electricity ratepayers to boost the provincial budget’s bottom line.

Tucked deep within Bill 35 are specific requirements to raise Hydro’s debt-to-equity ratio (to 70 per cent debt/30 per cent equity) by 2040 — a major point of contention at past PUB hearings.

Hydro has argued, to guarantee its long-term stability, it needs to boost the equity portion of that ratio with years of sharp rate increases. Intervenors have been successful in convincing the PUB a debt-to-equity ratio of that level is inappropriate for a Crown monopoly, whose finances are guaranteed by the provincial government.

However, Hydro stability may not be the main goal.

Higher debt and lower equity also have an impact on the provincial summary budget, which accounts for all revenues, expenditures, liabilities and assets across core government operations, and the Crowns and other arm’s-length operating agencies and Government Business Enterprises.

No government in Manitoba can claim to have a balanced budget without balancing the summary budget.

That can, in certain circumstances, be more difficult with Hydro’s current debt-to-equity ratio.

The Consumers Coalition and the big industrial power customers have tweaked to this strategy. They have warned if Pallister insists on pursuing the higher equity target, the premier will have to raise Hydro rates sharply over the coming years.

(An analysis by the coalition has estimated it would take an average jump of four per cent per year, over the next 15 years, to achieve such an equity target.)

With a majority mandate, however, it appears nothing can stop Bill 35 from becoming law later this year.

The only hope electricity consumers have is the PUB, urged on by interested parties, can shed enough light on Hydro finances the Tory government backs down.

The harsh light of transparency has been known to cure many ills. In this instance, perhaps it can incinerate this government’s lust for secrecy. 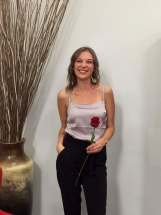 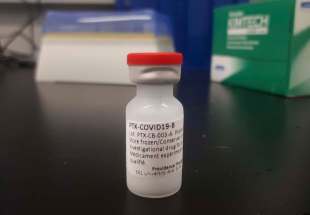 Manitoba limits use of AstraZeneca to reserve supply for second doses 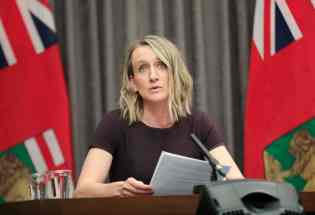 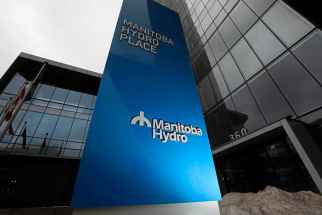 The one to beat in Tokyo’s heat? 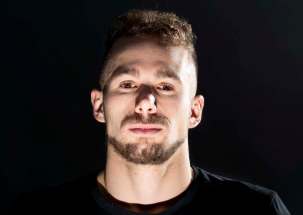 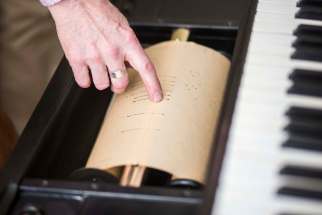 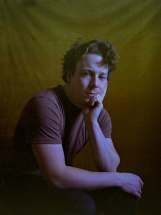 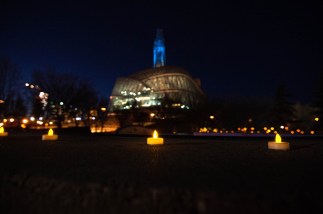 Manitoba limits use of AstraZeneca to reserve supply for second doses The one to beat in Tokyo’s heat?