Manitoba’s overwhelmed hospitals plan to transfer more COVID-19 patients out of the province and schedule urgent surgeries in the U.S. as the provincial health-care system bears the weight of the worst COVID-19 infection rate in North America.

Manitoba’s overwhelmed hospitals plan to transfer more COVID-19 patients out of the province and schedule urgent surgeries in the U.S. as the provincial health-care system bears the weight of the worst COVID-19 infection rate in North America.

Late Tuesday afternoon, Saskatchewan health officials said up to five Manitoba patients could be transferred to ICUs in that province, though not in Regina and Saskatoon. One patient at a time is expected to be transferred.

“Our hearts are with many families in Manitoba, and where we have capacity and where we can help, we most certainly are going to help our fellow Canadians in our neighbouring province,” Saskatchewan Premier Scott Moe said at a news conference.

Manitobans who are waiting for certain surgeries unrelated to COVID-19 could also be sent to other provinces or to the U.S., Shared Health officials said Tuesday.

At least 12 nurses, and as many as 50, are expected to be brought into Manitoba from other provinces that are emerging from their third wave.

“Our hearts are with many families in Manitoba, and where we have capacity and where we can help, we most certainly are going to help our fellow Canadians in our neighbouring province.”
– Saskatchewan Premier Scott Moe

The news came as a group of experienced physicians called for the provincial government to impose a stay-at-home order and paid sick leave, saying people are dying or becoming paralyzed while they wait for surgery because of the strain COVID-19 is putting on health care.

Premier Brian Pallister and chief provincial public health officer Dr. Brent Roussin didn’t answer those calls Tuesday; instead, they extended public-health orders until May 29. No gatherings or visitors, indoor or outdoor, are allowed, and only one person per household is allowed to shop or enter a business. There are exceptions for people who live alone or are sole guardians of young children.

“We need Manitobans to know that our health-care system, right now, is at the brink, and we need to bring down these numbers,” said Roussin.

On Tuesday, Manitoba had 140 ICU beds and planned to redeploy surgical nurses to open six more, putting ICU capacity at 146 beds — which could be reached within a day or two. There were 126 patients in the ICU as of Tuesday morning, 14 under the age of 40 and many of them younger and overall healthier than in previous waves of the pandemic.

Intensive care is not the only area to worry about, said Dr. Perry Gray, planning lead for the province’s incident command and provincial lead of medical specialist services for Shared Health. He warned of the “invisible patients” who are waiting for surgery or missing out on important diagnoses because of the pandemic.

“We need Manitobans to know that our health-care system, right now, is at the brink, and we need to bring down these numbers.”
– Chief provincial public health officer Dr. Brent Roussin

Manitoba has asked its neighbours to free up hospital space as it contends with the highest per capita infection rate in North America.

“We are working with everybody who will work with us on a day-by-day basis,” Gray said. He and Shared Health chief nursing officer Lanette Siragusa held a news conference to plead with Manitobans to follow public-health orders, but stopped short of calling for stricter measures.

Every week, 900 to 1,000 Manitobans have their non-urgent and elective surgeries cancelled. Urgent surgery cancellations could be next, Gray said. He said he has already had talks with other jurisdictions, including in the U.S., to move some surgeries, including urgent spinal operations, out of province.

“There are patients in pain. There are patients (with whom) we’re worried about loss of function if we don’t get to, and we are working very hard to prioritize those in the appropriate order, and… that risk has definitely been escalated in our minds over the last few weeks as the surgery has had to cut back, but the urgency of surgery is more of a continuum than an off/on switch,” Gray said.

About 20,000 fewer diagnostic tests have been conducted in Manitoba compared with pre-pandemic figures, Gray said, but more people are having to call 911, leading to congestion in emergency rooms. He said he’s worried about these “invisible patients.”

“We’ve turned over every rock, is basically what I would say.”
– Shared Health chief nursing officer Lanette Siragusa

When asked how many Manitobans have died waiting for other treatments during the pandemic, Gray said he didn’t know. Earlier Tuesday, Dr. Eric Jacobsohn told a news conference that six heart patients had died while waiting for surgery.

Shared Health later released a statement: “We can confirm that five patients who were on the wait list for cardiac surgery did pass away in recent months prior to their surgery being performed. While privacy laws prevent us from sharing the details of each case, one of the five patients may not have been ready for surgery.”

Gray said he hopes people who don’t believe in the dangers of COVID-19 will believe the virus is impairing other areas of the health system and will follow public-health orders accordingly.

When asked why Manitoba didn’t shore up critical-care staffing prior to the third wave, Siragusa said they’ve asked retired nurses, recent graduates and students to fill in. They’re also asking other health-care professionals, such as pharmacists and physiotherapists, to step in to critical care.

“We’ve turned over every rock, is basically what I would say,” Siragusa said. 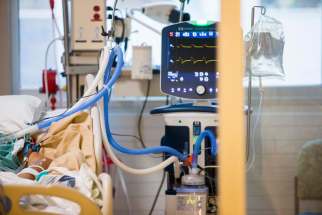 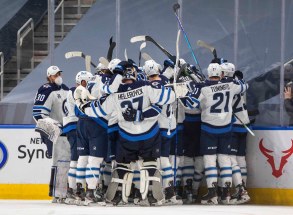 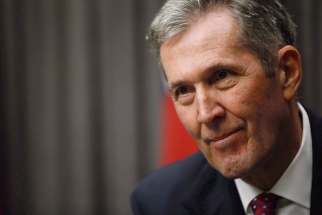 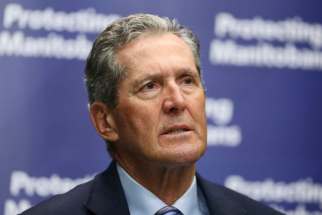 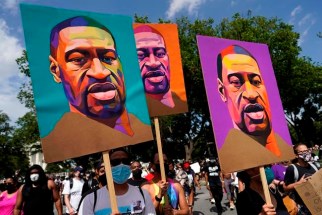 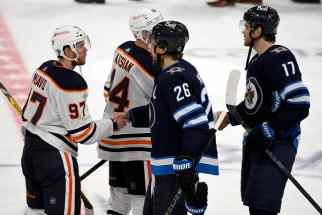 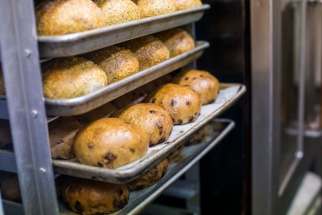 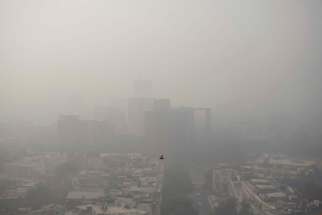