After insisting for weeks that sleepovers and house parties had caused Manitoba to become North America’s COVID-19 hotspot, the province admitted Thursday workplaces are making up roughly 10 per cent of cases.

After insisting for weeks that sleepovers and house parties had caused Manitoba to become North America’s COVID-19 hotspot, the province admitted Thursday workplaces are making up roughly 10 per cent of cases.

The province says it will soon follow its peers in providing information on how workplaces are being hit, though labour activists already know of cases at dozens of Winnipeg factories and processing plants.

Nearly 100 workers at the Motor Coach Industries factory have been sent home in the past three weeks.

The Pallister government is urging employers to have staff work from home when possible, but that’s not feasible in hands-on jobs like manufacturing.

Davis said 770 staff work at the facility, 27 of whom caught COVID-19 this month. Another 57 were close contacts and ordered to stay home.

“Right now, Manitoba is the hot spot, there’s no doubt about it,” said Glenn Tomchak, a director with the International Association of Machinists and Aerospace Workers, which represents Motor Coach Industries workers.

“They’re doing what they could be doing. Sometimes it’s not easy with COVID but they’re sanitizing daily, and whatnot.”

Staff wear KN95 masks and are asked to try distancing, while doors are left open to ventilate, Davis said. But workers are frequently in close quarters, climbing under each other or standing side-by-side as they create the parts of coach buses.

Some employees, who the Free Press agreed not to name, showed internal memos asking workers to stay home unpaid until June 4 if they are not feeling safe, but said supervisors were still pressuring staff to show up.

Davis said public transit is essential, and his firm is helping keeping buses running, but said no one should feel coerced into unsafe work.

“We have a zero-tolerance around that kind of thing.”

The union also said it was unaware of any coercion to return to work.

Rebeck was encouraged Thursday that the province said it would at last provide data on workplace exposures. The federation has tried verifying dozens of anecdotal reports, from staff afraid of going public with their concerns.

“We’re the worst region in North America and I hope we can start sharing better information to make stronger, and legislated, commitments to keep workers safe,” he said.

“It’s time to be honest and tell Manitobans when outbreaks are happening, what sectors, what workplaces.”

Ontario, Quebec and British Columbia have published that type of information for months.

That data has helped drive public policy, like the Ontario government reluctantly offering paid time for industrial workers with COVID-19 symptoms, and vaccine pop-up sites at workplaces with high spread.

Currently, Manitoba provides occasional updates on the number of outbreaks in workplaces overall, but there is no breakdown by location or sector.

“It’s time to be honest and tell Manitobans when outbreaks are happening, what sectors, what workplaces.”
– Manitoba Federation of Labour president Kevin Rebeck

The province only publicly names outbreak sites when it feels contact tracers can’t do a sufficient job notifying people who were exposed.

Chief provincial public health officer Dr. Brent Roussin said Thursday the province will soon provide more data on workplace infections, including recording outbreaks if two cases are linked to a place of work, but he didn’t say when.

“Rather than closing sector-wide, we’re going to focus the targeted approach on where we’re seeing transmission,” Roussin told reporters Thursday, saying about 10 per cent of cases are either caught or spread at workplaces.

“You can expect more and more businesses to be required to close if we’re seeing transmission there,” said Roussin, yet he insisted the province has never hesitated to close workplaces with infections.

Manitoba hospital staff have said for weeks that ICU patients are often people who work in crowded environments, or their relatives.

Diwa Marcelino, an organizer with Migrante Manitoba, noted that South Asian, Filipinos and Black people are over-represented in low-wage jobs that involve working in tight quarters.

Staff have reported to the group outbreaks in meat-processing and manufacturing plants in Winnipeg.

“This is a racial-justice issue, affecting workers who are on the economic margins,” said Marcelino.

He said many of these workers make minimum wage, carpool to work and live in multi-family homes.

He hoped Thursday’s promise for more information means workers will actually be informed of cases, as they’re often left in the dark.

“They know that their co-workers are missing, are gone at work for days at a time, and they’re not given the information about why. So it causes a lot of panic.”

Meanwhile, fresh data from the Workers Compensation Board show 1,386 Manitobans have successfully made claims for being infected with COVID-19 on the job, with 69 per cent of them involving health care.

“Rather than closing sector-wide, we’re going to focus the targeted approach on where we’re seeing transmission.”
– Dr. Brent Roussin

Construction accounted for 47 claims, while manufacturing made up 39. The WCB doesn’t cover whole swaths of Manitoba’s labour force, such as teachers and railway workers.

A provincial spokeswoman said Manitoba Health has provided industry-specific COVID-19 prevention guidance, and will soon send out assessment and data-recording tools for employers to track outbreaks and help with contact tracing.

Bockstael Construction stopped work for two days this month on the Ambulatory Care project, being built for the Winnipeg Regional Health Authority.

One subcontractor tested positive, leading the roughly 50 staff to get tested, nine of whom ended up catching COVID-19.

The firm says it deep-cleaned the site, and had required masks and regular hand-washing.

“It may have come from someone’s family member, and then people are working together,” said company vice-president Nick Bockstael. 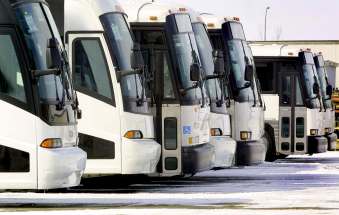 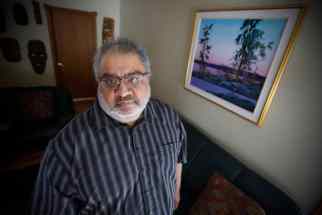 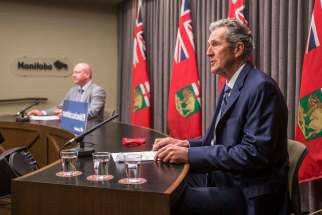 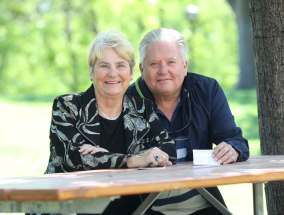 Pallister should look Down Under, where 26 cases results in lockdown 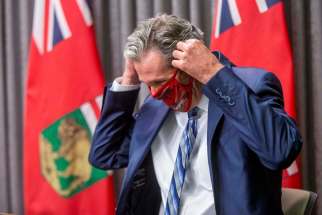 Man in can alone in stands draws fans 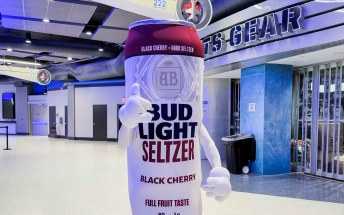 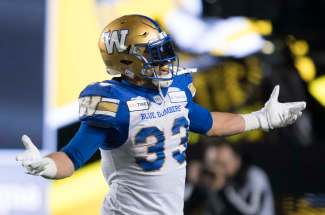 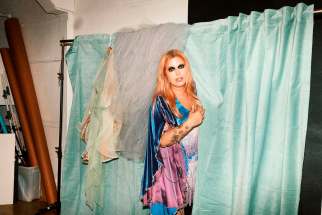 In Manitoba, we’re dreaming of a plan 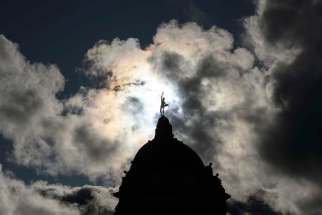