The Winnipeg Jets are seeking permission to have a limited number of fans attend playoff games at Bell MTS Place as early as this week.

The Winnipeg Jets are seeking permission to have a limited number of fans attend playoff games at Bell MTS Place as early as this week.

Sources tell the Free Press a pair of proposals are currently before provincial government and health officials, with a ruling expected in the next few days.

One calls for fully-vaccinated front-line workers and families of Jets players to be given the green light. The other asks for just family members to be let in.

It’s not clear what the number of spectators in either scenario would be.

There is yet no suggestion of opening games to the general public.

The last time a crowd of any kind, not including team and league staff and media, took in an NHL game at the downtown Winnipeg rink was March 9, 2020.

The Jets will start the second-round on home ice Wednesday night, hosting the Montreal Canadiens for Game 1 of the best-of-seven series. They’ll play again on Friday night in downtown Winnipeg before heading to Quebec for Sunday and Monday games. Games 5 and 7, if necessary, would also be at Bell MTS Place on June 9 and June 13.

Jets and arena owner True North Sports and Entertainment Ltd. made the request based on events in two other Canadian centres, which leaves Winnipeg as the only NHL market still playing hockey right now in an otherwise empty building.

Montreal welcomed 2,500 spectators to Bell Centre on Saturday for Game 6 of the first-round series with Toronto, with no requirement to be vaccinated. The Habs became the first pro sports team in Canada to play in front of an audience since the COVID-19 pandemic began.

Toronto quickly followed suit, hosting 550 vaccinated front-line workers in Scotiabank Arena for Monday’s Game 7, following a flip-flop earlier in the day from the Ontario government which initially balked at the idea.

“With these health-care workers having received both doses of a COVID-19 vaccine at least two weeks ago, and with precautionary measures in place… public health officials are confident we can put these special fans in the stands safely and with minimal risk,” Ontario Premier Doug Ford said in a statement.

A senior Manitoba government source confirmed Monday proposals from True North have been received and were forwarded to public health officials for consideration. The source did not indicate when or if a decision on readmitting fans would be made.

Dr. Brent Roussin, chief provincial public health officer, was asked Monday whether Manitoba could follow the lead of Quebec and Ontario, when it comes to the Jets.

“We don’t have anything for certain at this point. Our trajectory is certainly different at this point than what those locations are on,” said Roussin. “We’re going to have to look at our local epidemiology and make a decision based on that.”

Without commenting specifically on the Jets’ situation, Roussin said the province is looking at whether to change public health orders to recognize those who have been immunized.

“Our trajectory is certainly different at this point than what those locations are on.”
– Dr. Brent Roussin

“This is something that is definitely being considered,” said Roussin. “We want to find ways to show the immediate benefits of being vaccinated.

“We know those benefits are protecting ourselves, protecting those around us. But we also want to be able to further encourage vaccine uptake by showing some immediate benefits to it.”

An event such as a pro hockey game, with controlled access and screening, could offer certainty that only those who qualify would get in. True North has had a detailed return-to-facility plan in place for months, waiting for word on when it can be put into action.

“You know what? I would love fans in every single building. I think we’re close. We should have fans. It’s a different game with them there. It’s exciting. It helps swing momentum,” Jets goaltender Connor Hellebuyck said following Monday’s practice.

“We want to find ways to show the immediate benefits of being vaccinated.”
– Dr. Brent Roussin

The Jets beat the Oilers in a memorable Game 3 on May 23, erasing a 4-1 third-period deficit and winning 5-4 in overtime. They ended the series in thrilling fashion one night later, downing Edmonton 4-3 in triple-overtime.

A few dozen fans organized a vehicle parade around the downtown rink before both contests, but that’s all that could be done, given the current public health orders which restrict public gatherings of any kind.

The current set of orders run until June 12.

It’s a different story south of the border, where the six remaining playoff teams in Tampa Bay, Carolina, New York, Boston, Colorado and Las Vegas are playing in buildings at or near 100 per cent capacity.

Roussin confirmed Monday discussions are ongoing at the federal level regarding the North Division champion — either Winnipeg or Montreal — being able to play third-round games against an American opponent in its home building.

Currently, cross-border travel is not allowed, which is why a 56-game, division-only schedule was utilized during the NHL regular season.

A decision on that front is expected in the coming days, with the third round of playoffs set to begin in approximately two weeks.

“We’ve reviewed the plans at a high level,” said Roussin. “We don’t have anything specific to comment on at this point.

“What we know is safety of the public is our first priority. We’ll ensure that any such travel would be done in a very safe manner.” 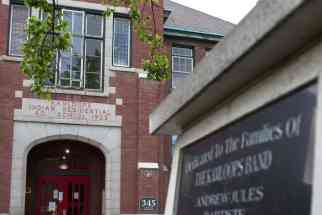 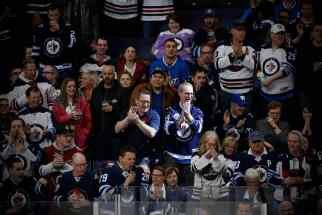 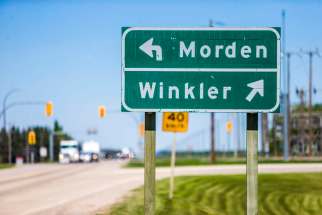 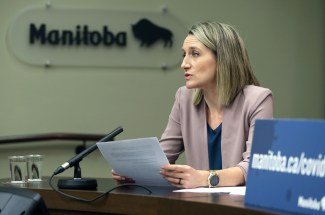 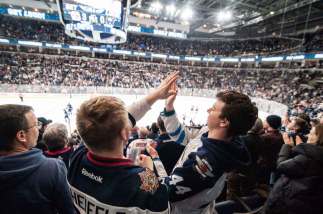 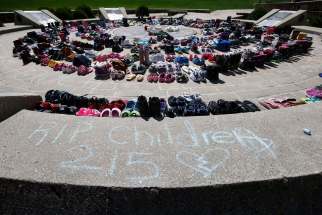 After 49 years, Gerry Fingler is closing the doors of Cellar Dweller 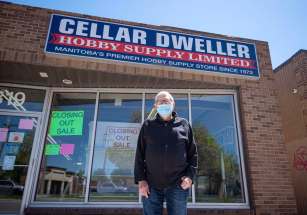 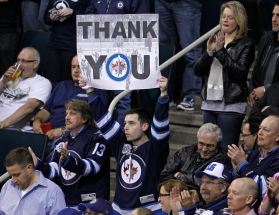 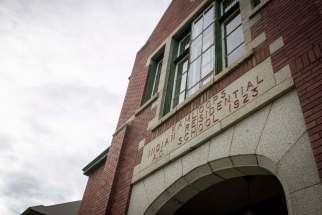