Winkler pastor mourns father who died in Ontario ICU 'If he got out of the hospital, he was going to get the vaccine' By: Malak Abas Posted: 7:00 PM CDT Wednesday, Jun. 16, 2021

In his 58 years living in Winkler, Abe Reimer was rarely alone.

In his 58 years living in Winkler, Abe Reimer was rarely alone.

He had grand- and great-grandchildren, including triplets on the way. He was well-known and well-loved in the close-knit southern Manitoba community.

His son never could have imagined that he would die alone in a Thunder Bay ICU.

“He said to me, ‘I never thought I’d get COVID,’” Larry Reimer, a pastor who currently serves as the chaplain at Boundary Trails Health Centre, told the Free Press. “My assumption is that maybe him and his group that talked and shared, and his friends and peers, probably didn’t believe COVID was real in a lot of ways. And it wasn’t hitting any of them.”

Abram (Abe) Reimer was born in 1942 and raised in nearby Schanzenfeld, but spent most of his life in Winkler. Mennonite by heritage, he was a farm kid, and like many farm kids at the time, grew up a hard worker — he had a fourth-grade education and what Larry called a “rough” upbringing, but went on to provide for his entire family as a business owner.

“He was a very hard worker, just all his life, he worked very hard physically,” he said.

He was talkative — never shy to share his opinions, which Larry said “got him into trouble sometimes” — and funny. He was a hockey fanatic too, having played as a child and coached as an adult, and loved the local Winkler Flyers. One of Larry’s fondest memories of him is watching him taking part in an old-timers NHL hockey game that came through Winkler, a rare moment of unbridled joy from his father.

His later life was marked by several health issues, including pneumonia and more than one stroke. Abe began feeling sick in early May and was hospitalized with COVID-19 at Boundary Trails on May 12.

At that time Larry, 52, considered himself lucky to be able to visit his father through his job as the hospital’s chaplain, but he and the rest of his family, including his mother, sister and brother, were forced to isolate after contracting COVID-19 in mid-May, and the visits stopped.

At the time, most of his family members who were eligible to be vaccinated hadn’t been. Many of them, himself included, knew they would be getting vaccinated eventually but decided to wait and see how other people responded to the shot.

Abe promised his son that, should he make it through COVID-19, he would get immunized as soon as he could.

Abe was able to return home for three days after being hospitalized for nearly a week, but his condition worsened and he returned to Boundary Trails in the midst of a staffing crunch at the hospital caused by health-care workers being forced to self-isolate.

Abe was transported via helicopter to St. Boniface hospital, and after that, landed at the Thunder Bay Regional Health Sciences Centre on May 25. Larry said he’s still unsure why it was decided that his father would leave the province.

The virus racked his body, Larry said. He had to be kept on oxygen at all times. The last time he spoke with his father, he remembered him looking “almost ashen, grey in the face.”

Larry paused to wipe away tears before remembering his father’s final days.

“He told me that the doctor had told him there was no hope of recovery for him. And that, for me, was one of the most poignant moments, just to hear that in his voice,” he said. “I could barely hear — you know when you listen to someone’s voice, their character pops through and you hear their inner self? I could barely hear the personality of who he was.”

He was taken off oxygen with a “do not resuscitate” order on June 5. He died the next day, in the early evening. Abe was 79 years old.

Asked about Abe’s impact on his life, the mayor of Winkler laughs.

Martin Harder and Abe Reimer had been friends since Harder moved to Winkler in 1980, and he has fond memories of a man who was always up on local politics, always had something to say and always kept his word. He recalled when he first decided to run for mayor, another friend of Abe’s was running as his opponent; Abe informed him that while they were great friends, he’d have to provide support to Harder’s opponent, because his opponent had asked first.

Losing Abe has been another blow to a community devastated by COVID-19. Winkler is still reporting relatively high case counts — for a time, it had the highest active case count of any health district outside of Winnipeg — and has remained steady in its rank as the district with the second-lowest vaccine-uptake rate in the province.

Today, just 31.2 per cent of eligible people in Winkler have received at least one dose of the vaccine; only the nearby rural municipality of Stanley has lower uptake, at 17 per cent. Comparatively, many districts are recording uptake rates of 70 per cent or higher.

Harder chooses his words carefully when asked how he’d like people in his community to read Reimer’s story. He understands the hesitation from many of them, he said, but the time has come to move past it.

Discourse “driven by fear” had sparked animosity and vitriol between people whom he urged to instead find a balance between respecting your neighbour, respecting the economic needs in Winkler and respecting science.

As chaplain at Boundary Trails, Larry provides spiritual care to those who request it — to “meet patients at their level.” He works with people on every spectrum of illness — some are looking for advice on the future, while others just need to speak to a person of God in their final moments.

Working with COVID-19 patients has been a uniquely emotional experience for Larry, who only took on the job in December of last year: he recalls a recent incident where he was called to the ICU to pray with a family as their loved one died of COVID-19.

He never imagined he would be in the role of the mourner one day. Asked what he said in that role, he has difficulty getting the words out.

“In a biblical mindset, you’re always wanting to get a blessing from your parents, right?” he said. “So I asked (my father), ‘Do you have a blessing for me? And he told me, ‘You are a blessing.’”

“I want to respect everybody, but this is how I’m navigating,” he said, acknowledging the hesitation around vaccines in his community. “I’m going to get vaccinated. That’s just the way it is.”

When asked what he hoped people would take from his father’s story, he said he wanted people on both sides to exercise compassion first. Kindness could convince someone to get vaccinated, and vitriol could turn someone away.

“You need to value everybody around you. You need to find that space where you think of others before yourself, and think about the value of others — your families, your peer group, your employees, your co-workers, churchgoers,” he said.

“Think about them first before you think about yourself. Be a person that’s compassionate and merciful.” 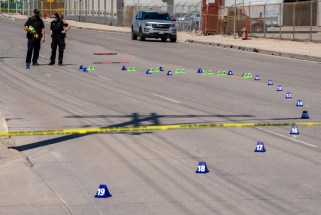 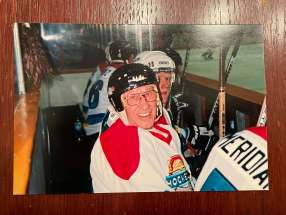 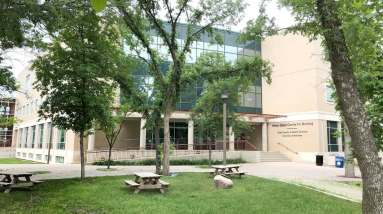 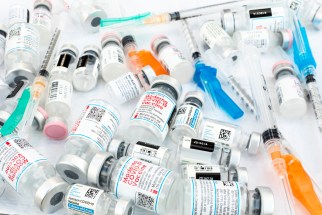 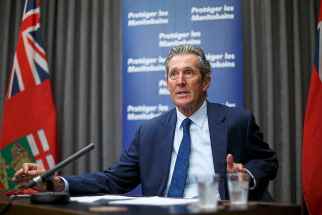 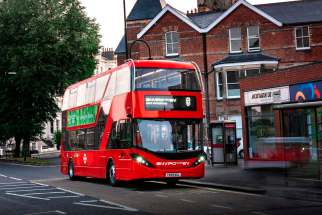 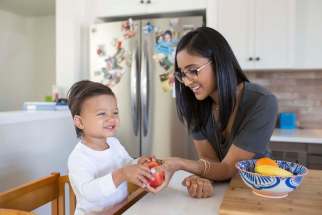 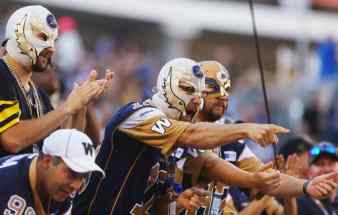 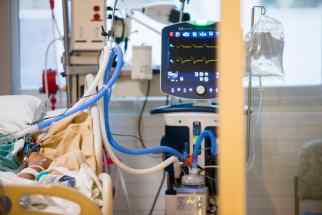