The Manitoba Hydro pig has been back to the salon for a whole new shade of lipstick.

The Manitoba Hydro pig has been back to the salon for a whole new shade of lipstick.

A coalition, which includes consumers groups and the province’s biggest industrial power users, is united in its condemnation of Bill 35, portraying it as a dangerous and needless disembowelling of the Public Utilities Board that will ultimately push the cost of electricity in Manitoba to historic heights.

On Thursday, the Pallister government decided to make an attempt to meet the criticism head on. Finance Minister Scott Fielding and Crown Services Minister Jeff Wharton announced amendments to Bill 35 that they said would ensure predictable, affordable electricity rates for at least the next three years, at rates that are slightly below the average rate increases approved by the PUB over the past decade.

However, those claims do nothing to mitigate the worst parts of Bill 35.

The cost of electricity will still go up without any independent oversight. Fielding and Wharton could not explain why rates need to be raised by only 2.5 per cent, suggesting this is more of a marketing ploy than a thoughtful calculation of Hydro’s revenue needs.

By raising rates less now, consumers will have to face much larger increases down the road to meet debt-to-equity targets in Bill 35 — already soundly rejected by the PUB as unnecessary — which require Hydro to wring an additional $5 billion out of ratepayers over the next two decades.

Most importantly, the Pallister government will continue to take $500 million off the top of Hydro revenues in taxes and surcharges each year for the general revenue account.

Taking less, or eliminating transfers from Hydro, a key recommendation in a report on Hydro by former Saskatchewan premier Brad Wall, could help the government achieve its debt-to-equity target without having to impose extraordinarily higher electricity rates. In his bid to improve Hydro’s equity position, Pallister has decided to keep the cash, and bump electricity rates instead.

The amended legislation still gives the Pallister government total control over Hydro rates without the transparency and accountability that comes from an independent PUB process.

In other words, same old pig with a new shade of lipstick.

More worrisome was Fielding and Wharton’s attempt to misrepresent the costs of the PUB process.

Pallister and his ministers have long argued annual PUB rate hearings pose an unfair financial burden on Hydro and, ultimately, its customers. As is the standard practice in regulatory hearings, the applicant (Hydro) pays the full cost of proceedings, including costs incurred by interveners.

However, the figures Fielding and Wharton used to buttress this argument are estranged from the truth.

The ministers claimed Bill 35 would save Hydro and its customers $40 million over the next four years. Unfortunately, that number is utter fiction.

In 2020, the Consumers Association (Manitoba) commissioned a report from William Harper, an expert with more than 35 years of experience in power utilities and rates. After a deep dive on PUB rate application costs, Harper found that, over a five-year period (2014 to 2019), the average regulatory expense was actually $4.22 million, or about 0.3 per cent of Hydro’s total domestic revenues.

However, that analysis included an outlier year (2017-18), when Hydro attempted to push through a controversial plan for five years of 7.9 per cent annual rate increases. That request, the highest ever presented to the PUB, prompted a record number of intervener applications, which pushed the regulatory costs much higher.

Removing that one year, average annual regulatory costs are closer to about $2.5 million, which is 0.25 per cent of average domestic revenues or about 21 cents on the average monthly Hydro bill.

But even those numbers are somewhat misleading unless you consider what Manitobans have received through the regulatory process.

Harper found that over the same five-year period, consumers actually saved $4.22 a month “based on the difference between the rates proposed by Manitoba Hydro … and those approved by the PUB.” On top of that, the PUB also largely stopped Hydro from proceeding with the Conawapa dam project, which would have cost more than $10 billion and added significantly to the utility’s debt load.

When you look at the actual numbers, and ignore the claims made by Fielding and Wharton, it’s pretty easy to see the money spent on Hydro rate applications has always been a good investment for Manitobans, saving much more in rate increases than it costs.

No one is quite sure why Pallister is insisting on messing with Hydro rates. It’s a risky strategy, likely to cost the Tories in the next election.

The only thing we know for sure is that Bill 35, and all the claims about the costs of the PUB process, have evolved into the worst form of political dishonesty.

It’s a lie, told over and over again by politicians who are convinced their audience is too dumb to figure out what’s going on.

Only time will tell if their assumptions are true. 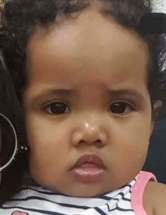 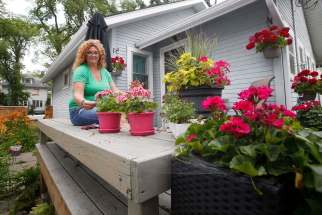 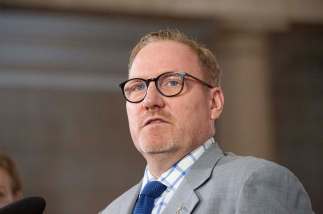 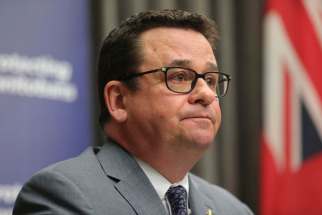 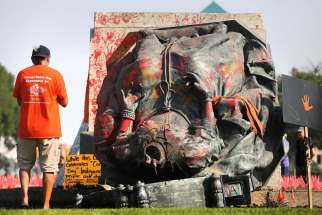 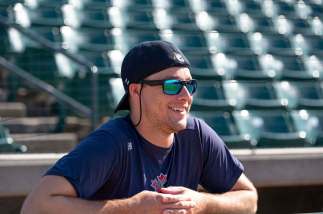 For the second year in a row, the Winnipeg Folk Festival has been silenced by COVID-19 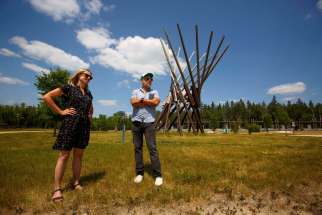 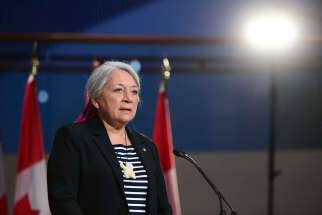