Frank Nausigimana sought joint custody of his three-year-old daughter just months before he allegedly stabbed her to death.

Frank Nausigimana sought joint custody of his three-year-old daughter just months before he allegedly stabbed her to death.

In a petition filed Feb. 12, Nausigimana applied for “periods of care and control” of Jemimah Bundalian and “mutual decision-making authority” with the girl’s mother, Jasmine Bundalian, whom he was convicted of assaulting in 2017 in a failed attempt to induce an abortion.

Nausigimana also sought an order from the court barring Bundalian from travelling with Jemimah outside the province without his permission.

“The petitioner (Nausigimana) is concerned (Bundalian) may seek to move with the child abruptly and without the consent of the petitioner,” court records say.

Nausigimana alleged he had regular visits with the child at the home her mother shared with her parents, until Jan. 8, 2021, when the mother “began to unilaterally refuse access to (him).”

In court documents filed three weeks later, the mother agreed to provide Nausigimana with more access to the girl and periods of care and control, but rejected his bid for joint custody and mutual decision-making authority.

“Due to previous and ongoing domestic violence issues with (Nausigimana) while she was pregnant and currently, (Bundalian) no longer wishes to communicate with (him),” court documents say. “It is not possible for the parties to co-parent effectively and joint custody would not be appropriate under the circumstances.”

Nausigimana denied the domestic violence allegations in a subsequent court document, saying he “has been involved in the child’s life since birth and as allowed by (the mother).”

Police arrested Nausigimana on Wednesday after he allegedly kidnapped Jemimah from her mother at knifepoint in the North End and stabbed the child inside a car. Paramedics performed CPR on the child in a desperate attempt to save her life after she was found in the car at Jefferson Avenue and King Edward Street in the northwest part of the city. Police said a motorist had called 911.

Nausigimana has been charged with first-degree murder and remains in custody.

In 2019, Nausigimana pleaded guilty to assaulting Bundalian two years earlier — when she was pregnant — and was sentenced to one year of supervised probation.

Nausigimana admitted to trying to force a liquid mixture down the woman’s throat that he believed would induce an abortion.

Days later, and weeks before Nausigimana was arrested, Bundalian secured a three-year protection order against him.

“I’m afraid that potentially Frank will come after me again, so I’m trying to be careful,” she said, according to court documents.

Just over a month later, the woman sought to revoke the protection order, writing in an affidavit: “I accepted his forgiveness. He won’t hurt me again… I trust him that he won’t do it again to me. I will take care of child alone.”

The three-year-old girl who was stabbed to death Wednesday is the second child allegedly killed by their mother’s estranged partner in Winnipeg in less than two years.

Winnipeg police allege the father took the girl from her mother at knifepoint. Jemimah Bundalian, 3, was pronounced dead in hospital a short time later. Frank Nausigimana, 28, charged with first-degree murder.

On October 30, 2019, three-year-old Hunter Haze Straight-Smith was stabbed in his home. He died three days later after he was taken off life-support.

“They’re devastated… broken-hearted,” said a spokesman for the family at the time, Darryl Contois. “They lost their baby.”

The three-year-old girl who was stabbed to death Wednesday is the second child allegedly killed by their mother’s estranged partner in Winnipeg in less than two years.

Winnipeg police allege the father took the girl from her mother at knifepoint. Jemimah Bundalian, 3, was pronounced dead in hospital a short time later. Frank Nausigimana, 28, charged with first-degree murder.

On October 30, 2019, three-year-old Hunter Haze Straight-Smith was stabbed in his home. He died three days later after he was taken off life-support.

“They’re devastated… broken-hearted,” said a spokesman for the family at the time, Darryl Contois. “They lost their baby.”

Dan Jensen, the on-again, off-again boyfriend of Hunter’s mother, was charged with second-degree murder. Jensen’s accused of assaulting her at an address on Main Street, and then showing up at a Pritchard Avenue rooming house and stabbing Hunter repeatedly, likely while the toddler was sleeping.

Jensen, who was 33 at the time, is charged with second-degree murder.

On Wednesday, Const. Jay Murray said Hunter’s slaying was “an incident that still to this day I think about all the time.”

On Jan. 11, emergency responders were called to a Lord Roberts home, where an infant boy was unconscious. They administered first aid and took him to hospital in critical condition, where he died of internal injuries four days later.

Mathieu Moreau, 29, is charged with manslaughter and aggravated assault.

In March of that year, two-and-a-half-year-old Brett White was taken off life-support and died two days after he suffered a traumatic brain injury at his Snowdon Avenue home.

Stepmother Victoria Reane Thiessen, 21, pleaded guilty to manslaughter on Tuesday and is expected to be sentenced in the fall. Thiessen was “feeling overwhelmed” as she cared for Brett and two other young children, and “lost her temper” and threw Brett across the room, Crown attorney Debbie Buors told court.

On July 28, the Winnipeg police child abuse unit started investigating an incident involving a severely injured three-month-old. The infant was transported to hospital in critical condition and later died.

No one was charged. Three days later, the only suspect, a man, was found dead at a home in Silver Heights. Police didn’t suspect foul play.

At a family court hearing in July 2017, Bundalian told a judge she wanted criminal charges against Nausigimana dropped. The protection order prohibited Nausigimana from contacting her, including by attending the same church.

“I just want us to be able to go to church together, Bible study together, to be able to socialize with one another,” she said. “The way it is right now, it created a very awkward situation, and it doesn’t seem normal.”

As of 5 p.m. Friday, a gofundme page set up to raise money for Jemimah’s funeral expenses and other family supports had raised more than $5,000.

“Jemimah suddenly left us in a circumstance we had never imagined,” wrote aunt Karla Chingcuangco, who organized the fundraiser.

“Jemimah was a victim of an unfortunate event and her life on this Earth had untimely ceased. She’s such a smart girl at the young age of three and has accomplished so much in the little time she had with her loved ones.

“She loves spending time outdoors on her scooter, biking, dancing, singing, reading, swimming and making crafts. She is the sunshine amongst everyone she encounters,” Chingcuangco wrote.

“Jemimah (Maimai) will always be in our hearts, forever and always.”

Donations can be made at a gofundme page set up for the family. 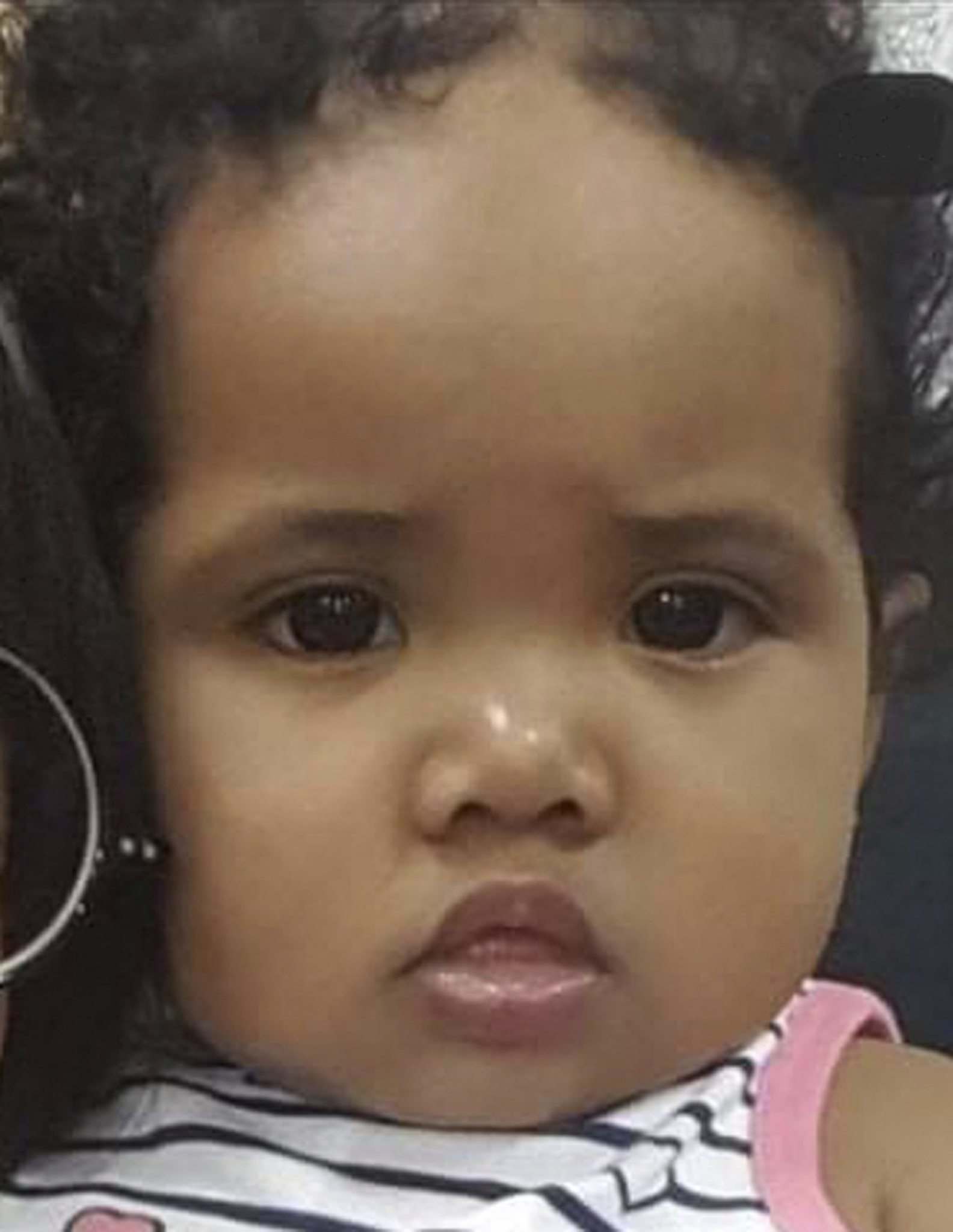 ‘No reconciliation whatsoever with Brian Pallister’ 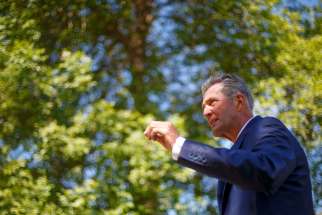 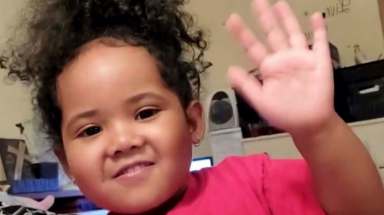 School in July? Best summer ever! 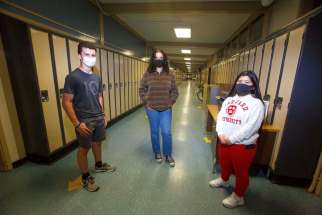 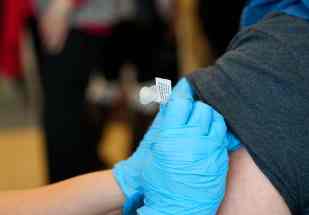 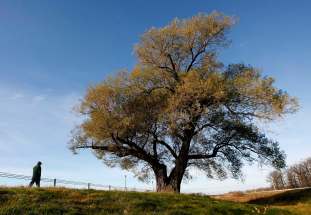 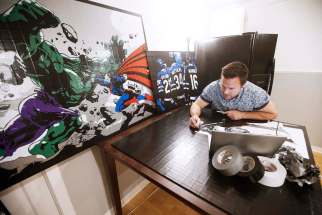 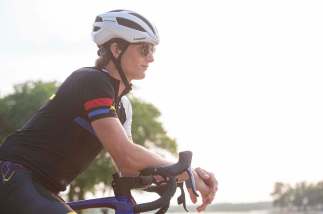 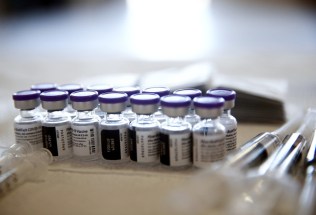 ‘No reconciliation whatsoever with Brian Pallister’ School in July? Best summer ever!