More Manitobans may be forced to restrict water use, as the province copes with some of the lowest levels in its history.

More Manitobans may be forced to restrict water use, as the province copes with some of the lowest levels in its history.

“We are in a serious, low-water situation,” Infrastructure Minister Ron Schuler said at a news conference Thursday.

“If dry conditions persist and strain continues on the rivers and reservoirs’ water levels, the minister of agriculture and resource development can declare a serious water shortage under the Water Protection Act, and issue an order to prevent, minimize or alleviate the water shortage.”

Even with several communities evacuated because of bone-dry forests burning and many farmers facing a severe water shortage for crops and animals, Manitoba households aren’t about to see their taps run dry just yet, Schuler said.

“Most water supply reservoirs have sufficient supply levels given the dry conditions, with the exception of Lake Minnewasta, the City of Morden’s primary drinking water source, which is at 68 per cent of full-supply level.”

Based on how quickly the man-made lake’s levels are falling, the city of about 8,700 will run out of drinking water in 34 weeks, prompting Morden to enact a restrictions bylaw, including a prohibition on watering flower gardens and lawns.

“We have 34 weeks of water left in that lake,” Burley said. “We’re hoping for the best and preparing for the worst.”

The Rural Municipality of Macdonald, southwest of Winnipeg, has also placed restrictions on water use, not allowing lawn watering or car washing.

Provincial infrastructure and agriculture officials are closely monitoring conditions across the province and meeting with those affected, Schuler said. “The forecast is, until fall, we probably won’t get much rainfall and that is worrisome.”

Schuler said he wasn’t able to comment on how drastically-reduced water levels are affecting agriculture or Manitoba Hydro operations.

A spokesman for Hydro said there is no risk of the Crown power utility not being able to meet customer’s energy needs.

In the Red River valley basin, the highest precipitation amount for the year usually falls in June (an average 104 millimetres), followed by July (85 mm), and May (70 mm).

In the Red River valley basin, the highest precipitation amount for the year usually falls in June (an average 104 millimetres), followed by July (85 mm), and May (70 mm).

The Assiniboine River Basin’s average normal precipitation for June is 92 mm. This year, it received 78 mm.

Its average normal precipitation for July is 68 mm, and so far 19 mm have been observed. The May average is 60 mm; this year it was 36 mm.

The average flow of the Red River at Emerson for this time of year is 6,730 cubic feet per second. On Thursday it was 855 cfs.

The average flow of the Assiniboine River at Headingley for this time of year is 2,920 cfs; on Thursday, it was 472 cfs.

The Fairford River Water Control Structure (or Fairford dam) is running at 1,050 cfs — slightly higher than the minimum flow set by regulation at 800 cfs.

The dam must continue to flow at the northern tip of Lake Manitoba to keep the Fairford River and Lake St. Martin supplied with fresh, oxygenated water. Without this flow, the water could become stagnant and harm aquatic life. An adjustment may have to be made to lower it so to keep the minimum 800 cfs flowing, as per provincial regulation.

Lake Winnipeg, at 713 feet, is still within its operating level. Although Lake Winnipeg is also affected by evaporation, it is not as dramatic due to its size and depth, compared to Lake Manitoba.

Lake St. Martin is at a historic low level for this time of year; at 796.5 feet, it is a half-foot below optimal operating level.

Lake of the Prairies (or Shellmouth) is still within its operating level, with 200 cfs being released to supplement the lower Assiniboine River water supply users.

Lake Wahtopanah (near Rivers) is at 1,536.2 feet, which is spot on to its operating level.

The Portage Diversion reservoir is at the “desirable level” to provide a sufficient water supply for water intakes for licensed holders on the diversion.

The La Salle River is very low, and pumps are operating as major siltation is complicating the situation.

Low water levels have had a small impact on hydraulic generation “adding some pressure on revenue,” but water supplies can recover to average or above average relatively quickly following persistent, widespread rain events, Bruce Owen said in an email. Such a turnaround occurred in 2019-20, he noted.

Schuler said he called Thursday’s news conference to talk about the impact low lake levels are having.

“I know a lot of people love to go to their lakes, especially this weekend — it’s supposed to be really nice and sunny,” the MLA for Springfield-Ritchot said. “They’re going to find it’s going to be difficult getting, for instance, a boat into Lake Manitoba.”

Lake Manitoba, at 810.6 feet, is at the lowest level ever for this time of year, Schuler said. Just in the last month, it dropped a half-foot (15 centimetres), mostly due to evaporation, he said, calling the situation “serious” and “substantial.”

“Without any substantial rain, the prediction from our Hydrologic Forecast Centre is that Lake Manitoba will continue to decline by half-an-inch every week,” Schuler said.

The province’s water control structures are being operated to mitigate low water levels.

“Our primary focus is potable water, to make sure people can still live, drink and do household things they need. As states of emergency could be declared locally, then watering your lawn, washing down the driveway don’t become that important,” Schuler said.

Since September, Manitoba has seen record-low precipitation. Most of the southern watershed, consisting of Manitoba, North Dakota, Minnesota and Ontario, has had less than five per cent of normal rainfall, the minister said.

“Our government understands that the dry conditions are a major challenge to the agriculture industry and other Manitobans,” Schuler said.

“Last year, we had a one-in-1,000-year rain event (at Rivers dam). This year, we’re having historic low water events. It just shows we have to prepare ourselves,” he said.

“We better start looking at and investing in climate resiliency projects. To deny that is at our own peril.”

Coming from a cabinet minister whose government has opposed a carbon tax, “it’s offensive, is what it is,” Eric Reder said Thursday.

“Infrastructure can make all the decisions they want but, at the end of the day, the thing that’s going to throw all our plans awry is climate chaos,” the environmental advocate said.

“We have to elevate climate and conservation above agriculture and infrastructure,” he said. “It has to control all of our operations in the province… Now we have to drag our archaic government and their ideology into the reality of where we are.”

— with files by Kevin Rollason 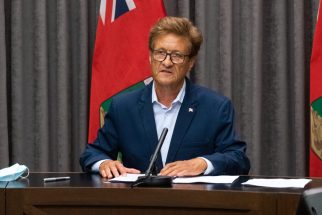 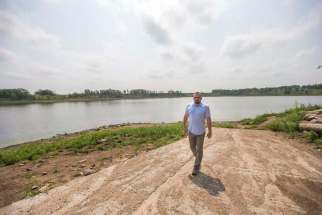 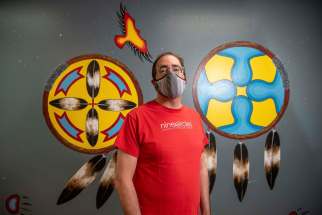 One size should not fit all in Manitoba reopening plan 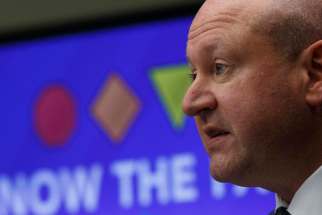 'Getting carded' has new meaning as venues, events ask for proof of vaccination 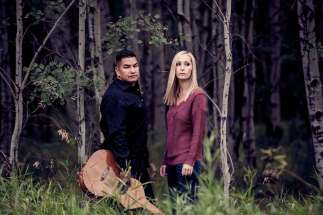 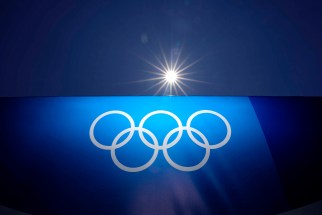 Chevy has lots of balls in the air 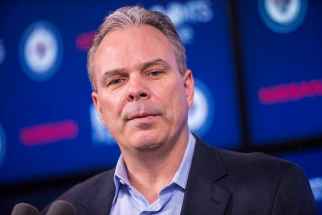 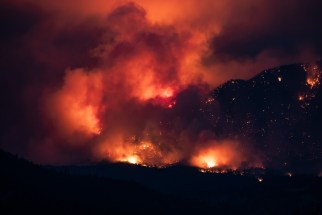