Sitting with my wife at a picnic table at The Forks Market recently — enjoying my first proper, pulled-from-a-tap pint in nearly a year — I was approached by a couple asking if they could share our table.

Sitting with my wife at a picnic table at The Forks Market recently — enjoying my first proper, pulled-from-a-tap pint in nearly a year — I was approached by a couple asking if they could share our table.

It’s definitely a sign of the times. Having forgone handshakes, backslaps and — God forbid — hugs as forms of greeting, we’ve developed a new tradition: getting our vaccine status out, on the table, right away.

Most fully vaccinated people know how it works.

After voluntarily establishing your vaccine status, you ask the other person what kind of vaccine they got, where they went to get it and whether they had side-effects. In the event there were side effects, you quickly compare notes on friends and family. “Oh, yes, my son/brother-in-law/mother/neighbour had no side-effects/horrible side-effects and is doing fine now.”

And with the majority of Manitobans over the age of 12 showing some interest in the vaccine — 78 per cent have had one shot, and nearly 65 per cent have had two — a refusal to disclose vaccine status has become, in and of itself, a bit of a tell.

It’s a fairly safe guess that the overwhelming majority of people who won’t reveal vaccine status are the people who are not vaccinated and don’t plan on being vaccinated. The rest of us, and we’re the majority, are taking selfies, wearing stickers and posting TikToks celebrating our membership in the Community of the Willingly Jabbed.

It does matter why someone is refusing to be vaccinated. Those who have a legitimate medical reason should not be vilified. But aside from those rare cases, there simply aren’t a lot of legitimate reasons for refusing a life-saving, society-saving vaccine.

And for the record, “religious objections” is the thinnest of the thin excuses. The leaders of just about every major religion have been clear there are no religious reasons to refuse a vaccination. Those who cite religious doctrine as an excuse are really refusing for ideological reasons; let’s leave religion out of it, shall we?

But should someone who chooses not to be vaccinated be forced to admit it? Not in every situation, of course. But it’s not unreasonable to expect all sitting members of Manitoba’s Progressive Conservative government to either get vaccinated or explain why they didn’t.

After repeated attempts to get them to fess up, Infrastructure Minister Ron Schuler and Tory MLA Janice Morley-Lecomte have repeatedly refused to say whether they have been vaccinated.

“I consider that my private health care is not a public matter; it’s private,” Schuler said Thursday.

With all due respect, Mr. Schuler, vaccine status is not a private matter.

Schuler and Morley-Lecomte (Seine River) are elected public officials, and members of a governing party that has put considerable political capital into encouraging as many Manitobans as possible to get vaccinated. Getting double-vaxxed is government policy and if these two Tories aren’t going to get in line — which is what we all think — then they have to explain why.

This is a horrible time to be ambiguous about something so important.

COVID-19 variants are ravaging countries that have forged ahead with the removal of social and economic restrictions while still struggling to get their people vaccinated. The United States and United Kingdom, in particular, are seeing yet another surge in new cases, hospitalizations and deaths as restrictions are lifted, giving variants freedom to spread.

At the same time, we’re learning that while two doses of most vaccines is effective against the dominant strains, one dose is hardly any protection at all.

Combine all these latest developments, and two harsh realities emerge: first, it’s wrong to plot reopening plans solely on the number of people who’ve had one dose; and second, we really don’t know how many people we need to fully vaccinate to bring COVID-19 under control.

Why isn't she vaccinated? Tory MLA's donors want to know... or they don't

Donors to Tory MLA Janice Morley-Lecomte have split opinions on whether the Seine River MLA should explain her reasoning to not get fully vaccinated against COVID-19.

“They're members of our community, and we need to respect their own decisions.”

The Free Press reached out to a dozen donors to Morley-Lecomte’s 2019 re-election campaign in the Seine River district, after a survey revealed she and Infrastructure Minister Ron Schuler have not received a second dose.

Epidemiologists previously thought that if 70 or 80 per cent of the population were fully immunized, it could extinguish active cases and, in the process, eradicate the virus. However, COVID-19 variants are so contagious that even 80 per cent — a relatively robust number in the traditional herd immunity calculus — may not be sufficient.

Which brings us back to Schuler and Morley-Lecomte.

Vaccine status is a critically important piece of information the people around you require in order to determine whether you represent a clear and present danger to their well-being.

And, not to put too fine a point on it, if you are determined to remain unvaccinated, you are a threat.

You are also role models. Even if you’re just creating the impression that you’re unvaccinated, you’re setting a dangerous example.

At the very least, refusal to admit vaccine status because you are unvaccinated means you need to wear a mask at all times. You need to limit the time spent circulating in indoor public spaces. It means you should keep your distance from anyone and everyone.

Elected officials have a solemn duty to serve the public interest. In hiding their status, likely in an effort to conceal the fact that they refuse to be vaccinated, they are violating that duty. Shame.

And before I forget, what has two thumbs and is fully vaxxed?

All Manitoba MPs but one disclose vax status

Position on vaccination is the public's business 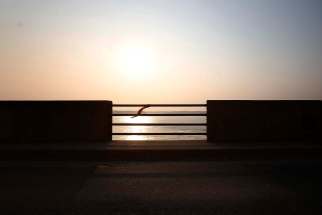 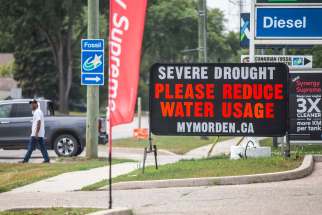 Silence on vaccine status not an option for public servants 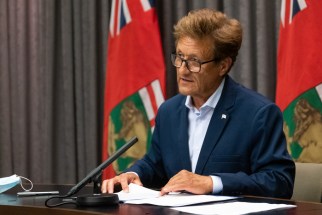 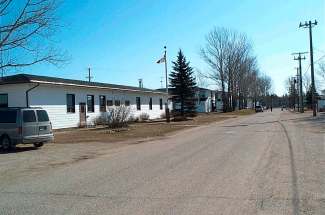 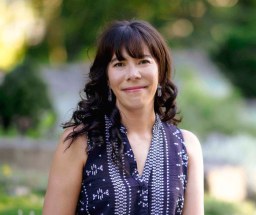 Players' preference for playing in U.S. makes it harder to build a contender in Great White North 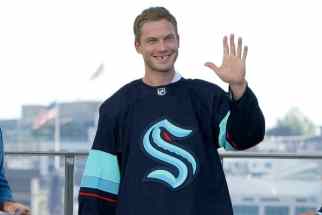