It's up to Manitobans to protect themselves from the fourth wave of COVID-19 following the provincial government's decision to scrap the mask mandate as of Saturday.

It’s up to Manitobans to protect themselves from the fourth wave of COVID-19 following the provincial government’s decision to scrap the mask mandate as of Saturday.

“The Manitoba government is moving away from mandatory (masking), but I think everyone should do a personal risk assessment,” Dr. Theresa Tam, Canada’s chief public health officer, said in response to questions from the Free Press.

“It is very difficult in some public settings to figure out who’s vaccinated (and) who is not vaccinated, and the prudent thing to do is just add other personal measures, such as masking.”

On Saturday, mask use in most public spaces will be recommended, but no longer required, despite the rise of the highly contagious Delta variant.

During Tuesday’s announcement, Dr. Brent Roussin, Manitoba’s chief public health officer, pointed to the province’s high vaccination rate. Seventy-three per cent of the eligible population was fully immunized as of Wednesday, while 81.7 per cent have had their first dose.

Roussin said Manitobans have to learn to live with the virus and that restrictions cannot continue indefinitely.

Tam congratulated the province for having one of the highest vaccination rates in the world, but said Manitobans should still use measures such as masking and ventilation in crowded, closed environments, especially when it’s not known if everyone has been immunized.

“A mask could have that added layer of protection, even (for) vaccinated people,” she said, adding that people have learned habits that reduce the risk of transmission.

“Every bit kind of helps, and increases your chances of being able to open essential places like schools and other areas as well.”

Premier Brian Pallister said Tuesday that Manitobans should be rewarded for getting vaccinated and obeying restrictions. He said it was time to reopen the economy.

“We actually provide our modelling data to the provinces on an ongoing basis, and we discuss it at the special advisory committee. Those kinds of modelling studies have already been provided, not just for the national but also for the provincial breakdowns.” — Dr. Theresa Tam, Canada’s chief public health officer

Yet businesses have complained they must shoulder the burden of imposing mask rules as they balance the expectations of customers and staff, as well as the risk of someone lodging a human rights complaint.

The lifting of the mask rule has also alarmed health-care workers, who say the medical system needs time to catch up on backlogged surgeries and procedures. They’ve warned that burned-out staff might not be able to endure a fourth wave, which is expected to be fuelled by the more transmissible Delta variant.

Manitoba’s intensive-care wards were so overwhelmed this spring that it had to airlift ICU patients to other Ontario, Saskatchewan and Alberta. It was the only province to send patients to another province.

To that end, Tam noted that regions within Manitoba might have less ability to cope with a fourth wave, based on their resources and vaccine uptake.

“Even at a provincial level, you may have to look at local situations as well; the health-care capacity is not the same everywhere,” she said.

Tam was at a loss to explain Manitoba’s delay in providing its own modelling of the expected impact of the Delta variant in the province.

“We actually provide our modelling data to the provinces on an ongoing basis, and we discuss it at the special advisory committee,” she said.

“Those kinds of modelling studies have already been provided, not just for the national but also for the provincial breakdowns,” Tam said.

“Our modelling is not just focused on case surges, but keeping the health-care system intact and not overwhelmed.”

The province has said its models that include projections for Delta variant transmission are under review. A provincial spokeswoman said the modelling is developed internally by provincial staff and was initially completed in late July, “but additional analysis is underway and will be reviewed before it is released publicly.”

Since July 2, the province has been promising to release the modelling to the public. The COVID-19 projections it released in mid-May, right before the peak of the third wave forced ICU patients to be transferred to hospitals in other provinces, didn’t take into account the more contagious Delta variant.

Roussin said last week that the Delta variant is not yet dominant in Manitoba and accounted for about 30 per cent of cases. The provincial Cadham Laboratory began using a specific screening test to detect the Delta variant on July 5, the province said.

Manitoba rolls back pandemic restrictions for back to school 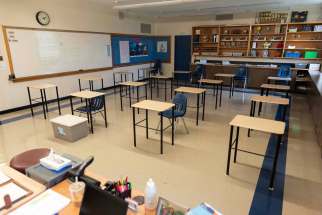 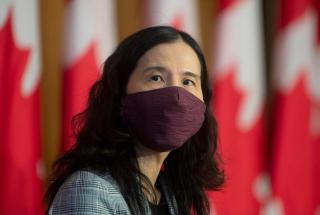 Leading Manitoba, once more, to edge of cliff 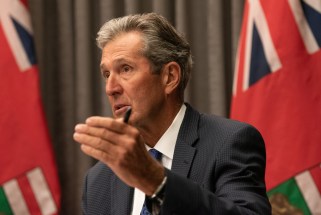 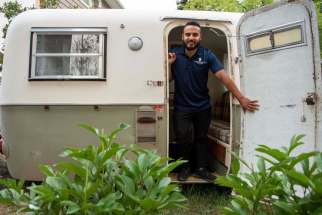 Biles deserves a medal for showing us her humanity 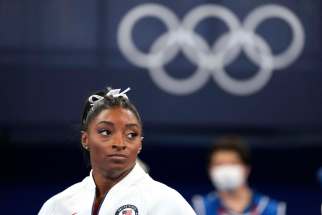 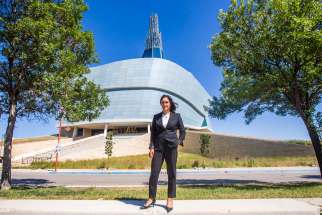