The robber entered a Winnipeg pharmacy Monday afternoon, his face covered while posturing like he held a weapon, to demand one thing: methadone.

The robber entered a Winnipeg pharmacy Monday afternoon, his face covered while posturing like he held a weapon, to demand one thing: methadone.

The theft at Northway Pharmacy Brothers, in which a one-litre bottle of the synthetic opioid typically used to treat opioid dependence was taken, has left city police and the pharmacist worried about the potential for increased drug overdoses in the community.

“Our staff is very much rattled by the whole thing,” Mike Watts, pharmacist and manager, said Tuesday.

“But the reality is there’s a lot of pure methadone on the street right now, which, in the wrong hands… even someone who’s used methadone before, this is concentrated, it’s not diluted… If they take 60 millilitres of this, they’re going to die.”

The building at 542 Selkirk Ave. is also home to Phoenix Recovery, which assists people dependent on opiates through opioid-replacement therapy. Patients are given small, regular doses of methadone or suboxone to either gradually wean them off or reduce the harm posed by using street drugs.

The pharmacy itself has prescribed methadone since 2012; Watts noted this was the first robbery of its kind in the 11 years he’s worked there.

“It’s probably known there’s a good chance we have methadone here. He did take off his hood when he left the building and I did not recognize his face,” the pharmacist told the Free Press.

“It’s unfortunate and, to be honest, I don’t know if the government’s doing enough to help with the (national) opiate crisis. If the government would do a bit more, there wouldn’t be a street value of methadone.”

In the morning, there’s often a lineup at Phoenix Recovery. Just down the block, a half-dozen people milled outside of the Elizabeth Fry Society social services building mid-day Tuesday. A woman stood on the corner near the pharmacy and shouted to someone from across the street, telling him to get home safe.

“Drug use is definitely getting worse. There’s absolutely no doubt about that and it’s not just opiates — it’s everything,” Watts said.

“We’ve been trying to be part of the solution and there’s been a lot of roadblocks along the way… We’re losing the battle. It’s very frustrating. If you could basically decide to get help, or you need something and there was resources readily available, the street value of methadone would go way down. Someone wouldn’t take this type of risk to get some.”

From January to September, 2020, 259 people died of overdoses in Manitoba, data from the provincial chief medical examiner’s office show. It marked a 35 per cent increase in the number of drug-related deaths compared to all of 2019.

Watts criticized government approaches to problem drug use and addictions.

“It’s funny, whenever I hear that an opiate task force is created and all the major stakeholders are being invited to help. I haven’t been invited to anything, I’m right in the heart of downtown and really, ground zero for drug use in Winnipeg, and no one’s come and asked me what my opinion is, what I think can be done,” he said.

“That would be a really good start, to talk to the people on the front line who know what they’re talking about and aren’t just sitting there looking at what they’re doing in (British Columbia) and making decisions based on that.”

Although Manitoba has been “pumping tons of money” into rapid access to addictions medicine (RAAM) clinics in recent years, in Watts’ view, access to treatment has worsened. The clinics are drop-ins, meant for people seeking help with substance use, including medical assistance.

“We are constantly getting people coming in, asking for help. Unfortunately, we’re at capacity here and there’s not much we can do,” he said, noting the recovery program has about 400 methadone patients.

The Manitoba government operates two RAAM clinics in Winnipeg and one each in Selkirk, Brandon and Thompson, with $650,000 per year slated to open a sixth as well as a central hub, the province said in a June background document on addictions and mental health treatment.

On Tuesday, no arrests had been made in the North End robbery, the Winnipeg Police Service confirmed to the Free Press. 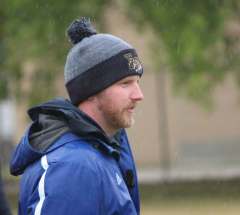 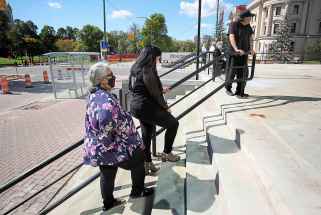 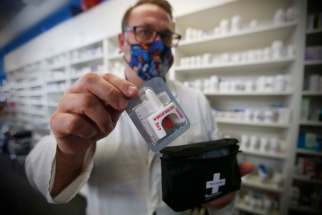 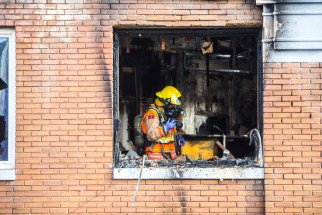 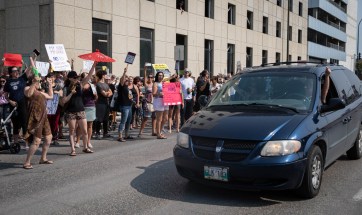 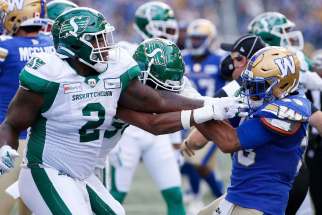 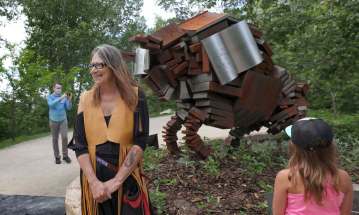 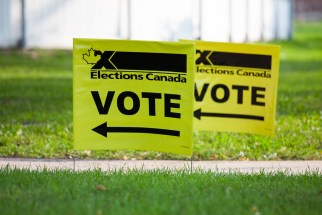