Premier Kelvin Goertzen has denied the decision to spend Autopac excess revenue on driver and vehicle licensing and an IT system upgrade was kept secret.

Premier Kelvin Goertzen has denied the decision to spend Autopac excess revenue on driver and vehicle licensing and an IT system upgrade was kept secret.

His government faced intense criticism Friday after the Free Press revealed the Crown corporation used $113 million in excess revenue — which by law must be used to reduce rates or give rebates to drivers — to pay for the ballooning cost of driver and vehicle licensing.

Goertzen said Eric Herbelin, president and CEO of Manitoba Public Insurance, disclosed the plan at a Crown corporations committee meeting in June. The plan was devised in 2020 by MPI and approved this year by both the Tory-appointed board and Crown Services Minister Jeff Wharton.

“The president of MPI felt it was appropriate to cover off costs for technology,” Goertzen told reporters Friday. Wharton was absent from question period Friday to “deal with a personal matter” and was not available to comment, his press secretary said.

The diversion plan involved taking $60 million last March from excess Autopac revenue collected during the pandemic and is set to take another $53 million in March 2022 for driver and vehicle licensing — a non-insurance service offered by MPI but paid for through general revenue.

Critics say the scheme violates the MPI Act and the terms of the capital management plan that says any revenue over and above capital reserve targets from either the basic or extension lines of Autopac insurance must be used for rate reductions or rebates.

“The law doesn’t allow money to be taken away from Autopac premiums and put in other areas,” NDP Leader Wab Kinew said.

“As much as the government may try to throw the CEO of MPI under the bus, or reframe different statements to their political advantage, the government is doing something here that is inappropriate and it is costing you in the way of a forgone Autopac reduction,” Kinew said.

“Your Autopac could’ve been 10 per cent cheaper this year had the government not done this. Not only did they not give you that savings, they also refused to tell you about it.”

Herbelin disclosed the $113-million transfer plan at a legislature committee meeting three months ago, and told the committee it would be filed with the Public Utilities Board, Goertzen said, adding the PUB has it and it will be part of an upcoming hearing on MPI rates.

“Ultimately, I think they’re the arbiters whether or not it’s appropriate to do so,” the interim premier said. “The president of MPI felt it was the right way to go, and that it will be vetted out and determined through the Public Utilities Board.”

Manitoba has a “technology deficit” when it comes to driver and vehicle licensing (DVL), Goertzen explained.

“They’re trying to get up to speed, to where other provinces are,” he said.

In 2004, the NDP government transferred DVL operations to Manitoba Public Insurance. The government would get all of the revenue from licensing and vehicle registration fees, but would provide a $30-million annual transfer to MPI to cover operating costs. That amount hasn’t increased since that deal was signed, even though the number of vehicles and drivers increased, and the amount of money collected by the government rose.

In 2020-21, Manitobans paid $212 million in licence and vehicle registration fees, but MPI still only got $30 million in annual support. DVL has started to lose between $7 million to $8 million per year, and the licensing branch is facing about $50 million in bills associated with a new information technology platform.

“It’s fair to have a debate over whether funding should be moved from one side of the corporation to use for a different aspect of driver licensing,” said Goertzen.

It’s up to the Public Utilities Board to decide if it’s appropriate or not, and the provincial government will obey whatever it decides, he said.

“We respect the rulings of the PUB,” Goertzen said.

When asked to comment on MPI revenue being diverted to pay for driver and vehicle licensing — or any other service — only one of the two PC leadership candidates responded.

“It is concerning,” former Conservative MP Shelly Glover said in an interview Friday. “After after I become premier, I’m going to sit down with MPI and the minister to better understand what exactly happened and why.”

PC party members will elect a new leader, who will become premier, on Oct. 30.

Glover wouldn’t comment on whether she thinks MPI revenue should be diverted by government.

“You’re actually trying to get me to speculate on what happened, and I don’t know.”

Her opponent, Tuxedo MLA Heather Stefanson — who has the support of most of the PC caucus — did not respond to a request for comment. 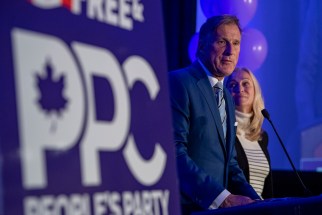 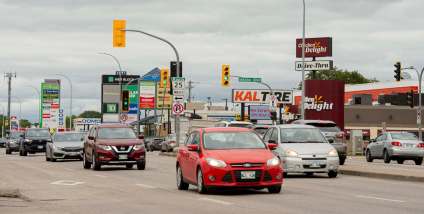 Shelter, for the time being 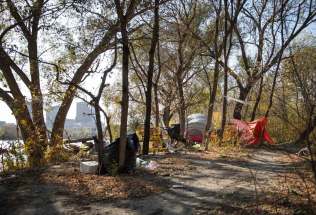 A champion for women’s health 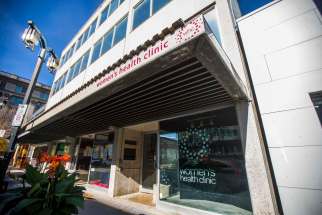 Even thick skin gets bruised 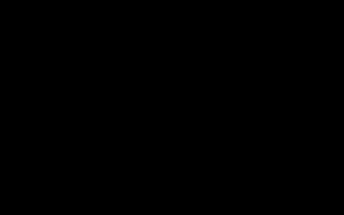 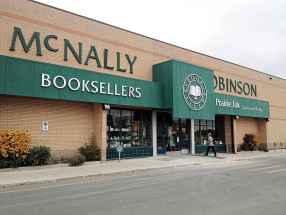 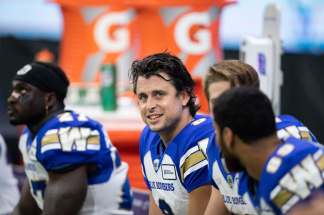 Gatherings, gratitude and getting the shots 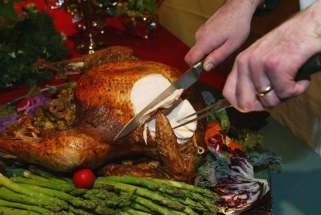 People’s Party strides linked to Manitoba communities with low vaccine uptake Shelter, for the time being