GREENBELT, MD. — Patrik Mathews stood motionless and unflinching in a Maryland court room as he was sentenced Thursday to nine years in U.S. federal prison.

GREENBELT, MD. — Patrik Mathews stood motionless and unflinching in a Maryland court room as he was sentenced Thursday to nine years in U.S. federal prison.

The sentence brings to a close a more than two-year odyssey, which began with an undercover Winnipeg Free Press investigation that outed Mathews, 29, as a neo-Nazi and active combat engineer in the Canadian military.

What began with white supremacist recruitment posters in Winnipeg, ended with a stiff prison sentence in Maryland.

While delivering his verdict, United States District Judge for the District of Maryland Theodore D. Chuang noted because politically motivated violence and terror are on the rise, Mathews’ crimes required “severe punishment.”

However, Chuang also took into consideration several mitigating factors when settling on the nine-year sentence, which was significantly lower than the 25 years the prosecution sought and much higher than the 33 months requested by the defence.

Hours later, Mathews’ co-conspirator, Brian Lemley Jr., 35, a fellow neo-Nazi and U.S. Army veteran who served a 15-month tour of duty in the Iraq war, was also sentenced to a nine-year stint in prison.

Outside the courthouse, U.S. Attorney for the District of Maryland Erek Barron said he hoped the punishment would deter other white supremacists from acting on their race war fantasies.

“These men sought to divide our community based on hate, and through acts of violence and terror. They collected and assembled weapons and ammunition, trained for acts of violence, vetted others for their cause, and attempted to recruit like-minded extremists,” Barron said.

“Today’s sentences, though, make clear that their hateful efforts failed.”

Shortly before he was sentenced, Mathews was offered an opportunity to address the court. With several pages of loose leaf scrawled with handwritten notes displayed before him on the table, Mathews tried to provide an accounting for his actions.

“I got involved with the wrong people — what else is there to say?” Mathews said.

The Free Press exposed Mathews as an active combat engineer in the Canadian Army Reserves in August 2019, following an undercover investigation into a local recruitment campaign for the neo-Nazi paramilitary group the Base.

The same day Mathews was outed, the RCMP raided his home in Beausejour, seizing firearms and briefly taking him into custody but releasing him without charge.

Soon after, he vanished, abandoning his truck near the U.S.-Canada border and fleeing stateside, where he was provided safe harbour by neo-Nazi comrades and ferried to safe houses and a paramilitary training camp.

What Mathews didn’t know when he illegally entered the U.S. was he had waltzed into a sophisticated counter-terrorism probe by the Federal Bureau of Investigation, which ultimately lead to his January 2020 arrest.

While addressing the court, Mathews said he regrets not sneaking out of his Delaware apartment, which he shared with Lemley, and turning himself in at the Canadian embassy prior to his arrest.

“A lot of what was happening when I was meeting these people (in the Base), it would almost become a competition of who could be the most extreme,” Mathews said. “I’m not somebody who hurts people. I’m not a mean person.”

Those sentiments were echoed by his father, Glen Mathews, who was allowed to address the court, saying he loves his son “unconditionally,” and adding he doesn’t “buy into the notion that Pat’s a racist.”

“I really and truly believe Pat would never hurt anyone,” the visibly upset father said. “At his core, he’s just too kind for that.”

Mathews and his father’s claims about his true character were contradicted by the evidence in the case, which included hundreds of hours of FBI audio recordings, after special agents placed a bug in Mathews’ and Lemley’s apartment.

Those recordings — snippets of which were played in court by prosecutor Thomas P. Windom — were rife with racist, anti-Semitic and misogynistic rants, where Mathews expressed a desire to murder ethnic minorities, law enforcement, and political enemies.

“One doesn’t come to this place easily, so it seems like a very difficult place to return from,” Windom said, adding a harsh sentence was needed to deter other white supremacists from acting out on their ideals.

Defence attorney Joseph Balter reiterated Thursday his argument — explicitly rejected by the judge — that Mathews had engaged in heated and hyperbolic rhetoric but did not ever intend to commit acts of violence.

In August 2019, a Free Press reporter posed as a white nationalist to gain inside access to a neo-Nazi paramilitary group attempting to gain a foothold in Winnipeg and across the country.

He argued Mathews’ descent into neo-Nazism began as an “intellectual pursuit,” spurned on by his client’s diagnosis of Asperger’s syndrome, that resulted in him joining a white supremacist paramilitary group.

“There can be intent without the capacity to actually do anything, and I think that was the case with Patrik Mathews… We live in this age where the tenor of rhetoric is so high,” Balter said.

Windom pushed back against the idea of Asperger’s somehow explaining conduct, arguing whatever neurological conditions Mathews had didn’t stop him from holding down jobs and rising through the ranks of the Canadian military reserves.

In his closing remarks to the court, Mathews stated he wished he had never fled Canada.

“I regret daily that I left my homeland, my family, and I just want to go home, so I can try my best to make amends to my family, my community… I’ve come to understand the gravity of what I did,” he said.

“In the words of the Michael Bublé song: I want to go home.”

When handing down his sentence, Chuang noted Mathews had stopped short of explicitly disavowing the neo-Nazi cause that led him into the Base, and he hadn’t apologized for coming to the U.S. to attack its democratic system of government.

Chuang also mentioned that, in a letter addressed to the court, Mathews had quoted Friedrich Nietzsche — a choice the federal judge seemed suspicious of, likely due to the fact the Nazis usurped the words of the German philosopher who died in 1900.

A political spectre hung over the court proceedings, with Chuang, Windom and Balter all referencing the Jan. 6 attack on the U.S. Capitol at various point throughout the day.

Shortly before the hearing ended, Balter issued a request Mathews be allowed to serve his sentence in a prison as near as Minnesota as possible, so he could be closer to his family.

Mathews has 14 days to file an appeal to his nine-year sentence.

Outside the courthouse, Thomas Sobocinski, FBI special agent in charge of the Baltimore field office, summed up the case by calling Mathews and Lemley traitors to their countries.

“In their own words, they craved blood on their hands,” he said. 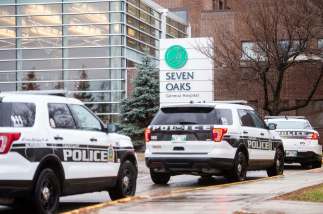 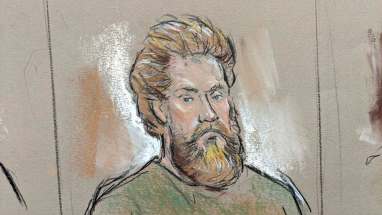 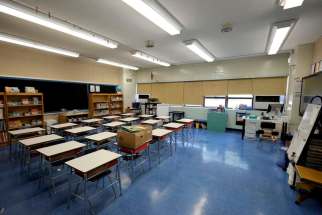 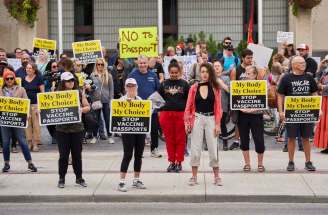 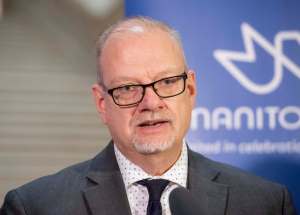 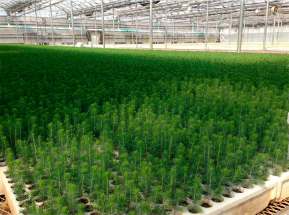 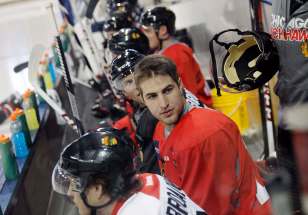 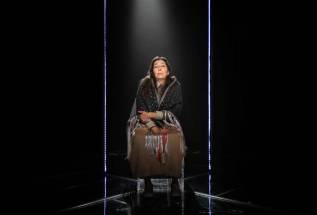 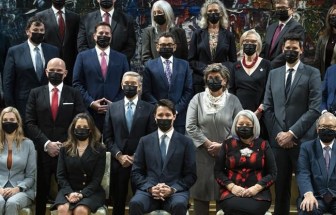 Two homicides, bloody attack at hospital linked, police say ‘This is insanity’: teacher calls for crackdown after colleague gets COVID-19