‘I do not believe he bore any responsibility’ Bettman says Cheveldayoff an innocent bystander in Blackhawks scandal By: Mike McIntyre Posted: 7:00 PM CDT Monday, Nov. 1, 2021

In a nearly hour-long question-and-answer session with journalists, the league’s top boss says it was not some legal technicality or wishy-washy grey area that allowed Cheveldayoff to avoid any punishment and keep his job — a decision he admits isn’t popular in some quarters. Rather, it was based on the evidence gathered during an extensive independent probe of the facts.

“I do not believe he bore any responsibility for the club’s failure to act appropriately,” said Bettman. “I wasn’t going to paint everybody with the same broad brush, because not everybody was in the same circumstance or situation. The easiest thing would’ve been to simply impose punishment on Kevin, or maybe have Kevin in a position where he thought he might want to resign, but I didn’t think that would be fair or appropriate under the circumstances. People may differ with that, but that’s the judgment I had to make, and that judgment I did make.”

”The easiest thing would’ve been to simply impose punishment on Kevin, or maybe have Kevin in a position where he thought he might want to resign, but I didn’t think that would be fair or appropriate under the circumstances.”–Gary Bettman

Of the seven former Chicago Blackhawks executives who were in a May 2010 meeting to discuss the allegations against former video coach Brad Aldrich and his actions towards two players, Cheveldayoff is the only one still employed in the NHL. Three were dismissed last week as part of the fallout from a damning 107-page report into the scandal, while three others had previously been punted by the organization.

Cheveldayoff, who was the assistant GM in charge of scouting and the salary cap at the time, is set to speak publicly on Tuesday morning in Winnipeg, along with Jets co-owner and chairman Mark Chipman. They were going to hold a news conference Monday, but it was pushed back because Chipman began suffering vertigo over the weekend and is undergoing treatment.

“There seems to be some confusion on the point of whether despite (Cheveldayoff’s) lack of power, position or seniority, he should have felt free to speak up,” said Bettman.

“But because of his limited authority and circumstance, he left the meeting believing that this matter was going to be investigated by his bosses and when Aldrich parted ways with the team, he thought that was what had happened. Kevin was not in a position either to be made aware of or to access additional information about what was going on after the May 23 meeting and he did not have such information.”

In other words, those who say Cheveldayoff had a duty to report what he knew are missing the boat, according to Bettman. There simply was nothing to come forward with, either at the time or in the years that followed. Same goes with Blackhawks ownership, which were found to also be in the dark until recently.

“Had we known about this in 2011 everything would have been handled differently. But we didn’t, and then information as it evolved…what we know now, I don’t think everybody knew when the complaint was filed,” said Bettman.

Cheveldayoff claims the first and only time he heard of allegations against Aldrich was during that meeting, in which he was the most junior member of management in the room. President John McDonough, executive vice president Jay Blunk, GM Stan Bowman, director of hockey administration Al MacIsaac, skills coach James Gary and head coach Joel Quenneville were also present.

Cheveldayoff believes a decision was reached by his superiors to have the hockey operations department continue to focus on the on-ice product, while they would handle Aldrich.

”The only person who placed Kevin in the room for the May 23 meeting was Kevin. Everybody else either forgot or didn’t acknowledge that he was there.”–Gary Bettman

As the findings of the Jenner & Block report led by former assistant U.S. attorney Reid Schar revealed, details provided to those in the meeting were of sexually inappropriate behaviour such as unwanted advances from Aldrich towards a pair of players, but not of what would meet the criminal definition of sexual assault.

The player identified as John Doe — now known to be Kyle Beach — concedes he didn’t share the full nature of what happened to him at the time, instead doing so at a much later date.

“The report did not suggest what exactly was said at that meeting. It’s clear they talked about an inappropriate relationship, but the extent of that relationship and what was involved, according to several people at that meeting, was not raised,” said deputy commissioner Bill Daly.

Three weeks after that meeting, following the Blackhawks Stanley Cup victory, Aldrich resigned from the organization. Cheveldayoff claims he had no knowledge of anything that transpired from that point on. That includes the fact Aldrich went on to land other hockey-related jobs, including at a high school where he molested a player and was ultimately charged, convicted and jailed.

“(Cheveldayoff) thought the matter, based on his position and the information available to him and the fact that Aldrich subsequently departed the organization, he thought it had been fully resolved by the people that he reported to,” said Bettman.

“Kevin again believed that the matter had been appropriately taken care of, because he wasn’t aware…of what the exact nature of the allegations at the time relative to what it ultimately came out to be. Kevin was in a position where he didn’t have access to information, and he had no reason to believe that what he had seen or known had been dealt with any other way than appropriately.”

Bettman reiterated how easy it would have been to lump Cheveldayoff in with all the other clearly guilty parties, but said that wouldn’t have been a fair or just decision.

“Kevin was such a minor player in this. The only person who placed Kevin in the room for the May 23 meeting was Kevin. Everybody else either forgot or didn’t acknowledge that he was there,” he said.

“He had been with the Blackhawks for nine months. He was an assistant general manager with fairly limited responsibilities. This was not something that he not only had no responsibility for — that based on what was available to him in his minor, relatively, position at the time, he had no reason to believe that anything other than the right things were going on.”

”If nothing else, this has to serve as a wake-up call for all clubs: You’ve got to make sure you understand what’s going on in your organization, because you’re going to be held responsible.”–Gary Bettman

As for why action was never taken, Bettman said there’s no longer any mystery.

“I think it’s clear that senior management made the decision to not deal with this and not talk about it and not tell ownership about it,” he said.

“I think this situation, and the view of this that we expressed to the clubs on an ongoing basis, is that the people that work for you do their jobs. You’re responsible for what goes on. You need to know about what goes on in your organization and take appropriate action when inappropriate things are taking place.”

And that, said Bettman, is why the other six former managers are out of the NHL, why the Blackhawks were fined US$2 million, why the league is committed to ensuring something like this can never happen again.

He outlined a series of steps Monday, including seeking an independent review of how they handled this entire matter from start to finish and expanding on the existing framework already in place when it comes to preventing abuse and giving victims a voice at all levels of the sport.

“If nothing else, this has to serve as a wake-up call for all clubs: You have to make sure you understand what’s going on in your organization, because you’re going to be held responsible,” said Bettman.

Bettman apologizes to Beach amid allegations

NHL may have cleared Chevy, but plenty of questions remain 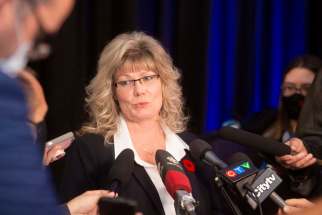 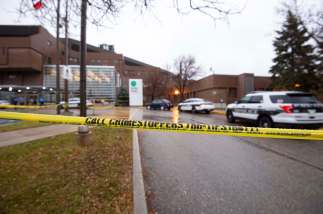 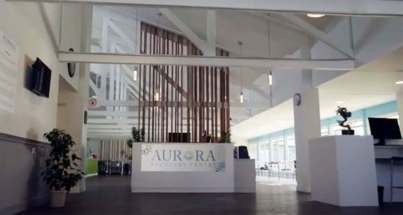 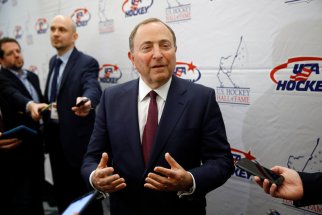 The art of surviving a pandemic 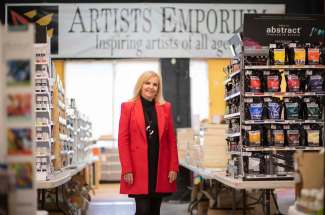 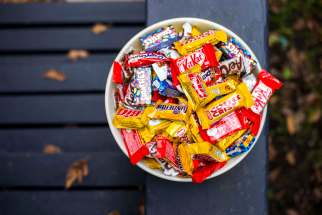 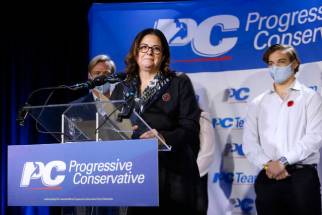