COLUMBUS — Once all the hugs and handshakes and catch-up conversations were out of the way on Wednesday, the longtime friendships had to be put on pause for a few hours with a pair of valuable NHL points at stake. But Columbus Blue Jackets forward Jack Roslovic and associate coach Pascal Vincent said that is easier said than done as they looked across the ice and saw a major part of their past staring them in the face.

COLUMBUS — Once all the hugs and handshakes and catch-up conversations were out of the way on Wednesday, the longtime friendships had to be put on pause for a few hours with a pair of valuable NHL points at stake. But Columbus Blue Jackets forward Jack Roslovic and associate coach Pascal Vincent said that is easier said than done as they looked across the ice and saw a major part of their past staring them in the face.

“It’s weird. It is. I’ve been in the trenches with those guys for 10 years now,” Vincent told the Free Press a few hours prior to puck drop against the Winnipeg Jets at Nationwide Arena.

“Had it circled on the calendar,” admitted Roslovic.

The longtime fixtures with the Jets organization square off against their former squad for the first time since taking their talents south to Ohio. In Roslovic’s case, it was January’s blockbuster Patrik Laine for Pierre-Luc Dubois trade that brought the Columbus-native home. In Vincent’s case, it was last summer’s dismissal of Blue Jackets coach John Tortorella which led to a job vacancy he quickly filled.

Both men say they are embracing these new opportunities while also relishing the road that got them here.

“I didn’t want to leave Winnipeg. I wanted to stay. But at the same time I was being interviewed for the head coaching position here,” said Vincent. Although he didn’t land the main gig, the concession prize was the chance to work closely with Brad Larsen on the NHL’s youngest team.

“I had a few conversations with Mr. (Mark) Chipman, and obviously my family. Just felt that after five years in the American league, it was time to get back to the NHL. And this opportunity came,” he said. “I knew it was going to be a young team and they wanted to rebuild, or re-tool or however you want to call it. I’m used to it. I think part of it, too, was the fact that we did it the right way in Winnipeg for so long, draft and develop. That they liked the concept. And I was part of it, so they wanted some feedback from my part.”

A job right up the alley of Vincent, who worked his way through the Quebec Major Junior Hockey League, was brought into the Jets in 2011 as part of Claude Noel’s staff, spent a few years as an assistant with the team before taking the reins of the farm club. His fingerprints are now all over much of Winnipeg’s roster, including Josh Morrissey, Kyle Connor, Jansen Harkins, Kristian Vesalainen and Logan Stanley.

“I watch them. I think I always will. I care about them,” said Vincent. That includes Maurice, a close friend and mentor who encouraged him to jump at this opportunity.

“Paul is one of the best in this league. He’s a brilliant man and a coach and a good person to learn new stuff,” he said. “At the end of the day, it was the right fit and the right timing with the right people. And it was going back to the NHL and getting to know new people, new systems, new players, a new organization.”

If there’s one downside for Vincent, it’s that he hasn’t seen his wife and 10-year-old daughter since mid-August. Both remain back at their Winnipeg home. His wife works in a hospital and can’t afford to take the necessary time off that would be required to quarantine for 14 days upon return to Canada with their daughter, who is only now becoming eligible to get vaccinated. And so they chat every day on FaceTime, including Tuesday night when Vincent was out for a drink with Jets assistant coaches Charlie Huddy and Dave Lowry, who filled his vacancy.

Vincent didn’t need an introduction to one of those new Columbus players in Roslovic, who he also coached with the Moose. After posting just four assists through his first 16 regular-season games this year, Roslovic scored his first two goals and added a helper on Monday night in Buffalo.

“It hasn’t been great to start. I’ve definitely taken a lot of positives out of it. Our team’s playing really well and I think for me, it’s been great to find a way to help the team win in a lot of different ways,” said Roslovic.

Perhaps the visit from the club that drafted him 25th-overall in 2015 was just what he needed to get going, after an impressive, albeit truncated first year in Columbus in which he had a career-high 12 goals and 22 assists in 48 games.

“Jack, he’s had some struggles, we know that,” Larsen said Wednesday. “But you score one, you take a breath, all of a sudden you remember you’re a good hockey player again. Sometimes it’s just that, it’s just getting a bounce. He scored, he scores again, and now he’s finding the puck feels good on his stick again. It just shows you how important this game is to play between the ears. It’s not like he forgot how to play.”

Roslovic said it was always a dream to skate for his hometown team, one he’s thankful the Jets helped him realize. And getting Vincent on the bench was a bonus.

“I always tell people, my first impression of Pazzy is he’s one of the genuinely nicest people I know. To have that around the rink, to have his hard work and dedication. The amount of video he does, the amount of time he spends learning the game. It’s quite impressive,” he said.

Conspicuous by his absence on Wednesday was an even more prominent former member of the Jets in Laine. Unfortunately, he suffered an oblique injury during a collision with a teammate earlier this month, and is expected to be sidelined until mid-December after posting 10 points (three goals, seven assists) in his first nine games. He’s also dealing with the death of his father, Harri, last weekend in Finland.

“He was great. His training camp was amazing. It’s just unfortunate timing of him getting that injury, but I think he’ll be ready, he’ll be excited to play when we play in Winnipeg as well,” said Roslovic. That would be on March 25, which is the next date circled on the calendars. 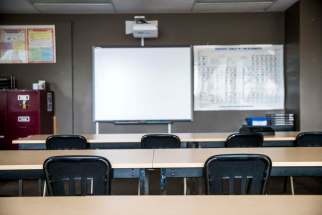 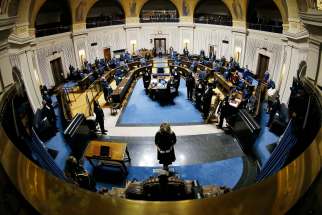 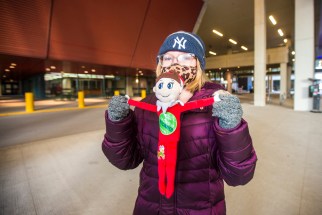 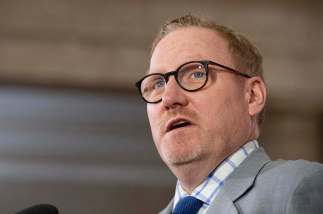 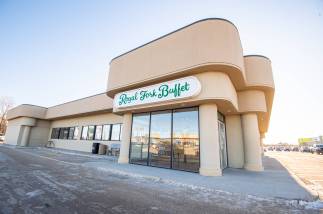 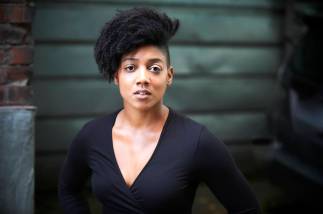 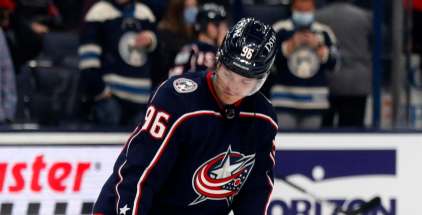 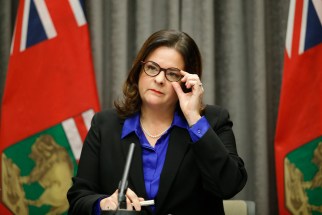