SEATTLE — The weather was predictably gloomy as I touched down in the NHL's newest market Wednesday morning. When it rains, it pours around here, and that's pretty much a daily staple of life in the Pacific Northwest this time of year. Locals swear you get used to it.

SEATTLE — The weather was predictably gloomy as I touched down in the NHL’s newest market Wednesday morning. When it rains, it pours around here, and that’s pretty much a daily staple of life in the Pacific Northwest this time of year. Locals swear you get used to it.

But the forecast for the local shinny squad, the Seattle Kraken, is suddenly looking a bit brighter these days. Sure, you’ll still find them sitting near the bottom of both the Pacific Division and Western Conference standings with a record of 9-14-2 as they get set for their first meeting with the Winnipeg Jets Thursday night at Climate Pledge Arena. But they’ve been much better of late, going 5-2-1 in the last eight which includes impressive victories over hockey heavyweights in Washington, Carolina, Florida and Edmonton.

Considering the roster didn’t even exist five months ago, that’s not too shabby. It’s true the bar for first-year franchises was recently raised to extreme heights with the previous shiny new toy, the Vegas Golden Knights, took the league by storm in their inaugural season of 2017-18, posting a ridiculous 51-24-7 regular-season record and then skating all the way to the Stanley Cup Final before ultimately falling just short. But they were the expansion exception, and not the rule.

In other words, middle-of-the-pack. Perfectly mediocre. You win some, you lose some. And then probably lose a few more for good measure. Hey, Rome wasn’t built in a day, and a champion likely isn’t going to be built in a season or two when you were basically left to choose between every other team’s fourth-best defenceman, eighth-best forward or second-best goaltender. Patience really is a virtue.

Off the ice, the Kraken have been a smashing success. They are one of just six clubs playing to 100 per cent capacity this year — Vegas, Tampa, Boston, Washington and the New York Islanders are the others — and they are the hottest ticket in a one of America’s fastest-growing cities. The novelty has definitely not worn off, and the state-of-the-art facility they call home has dubbed itself “the most progressive, responsible and sustainable arena in the world.”

Essentially, they want to leave an impact on the NHL — but not the environment. That means ambitious goals including being the first zero carbon arena in the world, eliminating all single-use plastics by 2024, a “rain to rink” system which is exactly what is sounds like and produces what they’re calling the “greenest ice in the NHL,” producing renewable energy via solar panels, not using fossil fuels and getting to what is known as a “zero waste” facility.

Rather than the traditional scoreboard above centre ice, they actually have a jumbotron in each offensive zone to give the 17,000-plus taking in every game twice as many viewing options. Eat your jealous hearts out, every other team.

There’s no question the addition of a 32nd franchise was good for the league as well, especially in a sports town as strong as this one. Following two straight seasons of lost revenues due the global pandemic, the US$650 million expansion fee which was split by every other team was a much-needed boost to the bottom line. It also balanced out the four divisions, giving them eight teams each and some new regional rivalries to tap into such as Seattle versus Vancouver.

This should be it for expansion now, with any new future franchises to come by way of re-location. Yeah, I’m looking at you, Arizona.

This Jets-Kraken matchup was circled on my calendar when the NHL schedule came out last summer, and there’s no shortage of juicy storylines with Manitoba flavour. Winnipegger Chris Driedger has been derailed a bit by a lower-body injury, but the 27-year-old goaltender is a major part of the plans after signing a three-year, US$10.5-million free agent contract with the Kraken following two big years in Florida. Strathclair’s Morgan Geekie, plucked from Carolina in the expansion draft, is having a fine sophomore season in the NHL, with six points (two goals, four assists) in 25 games in a bottom-six role.

You also have a pair of popular former Jets in Brandon Tanev — off to a surprisingly strong offensive start with eight goals and five assists through 25 games and an instant fan favourite for hitting anything and everything wearing an opposing jersey — and Mason Appleton, who has also battled the injury bug but has two goals and two assists through 14 games.

Bench boss Dave Hakstol is practically a local product by default, having spent three years playing and 15 years coaching just a couple hours south of Winnipeg with the University of North Dakota. He’s got this collection of NHL castoffs and misfits playing hard, even as they face plenty of early-season adversity including multiple COVID-19 positive tests — captain Mark Giordano just rejoined the team Wednesday after spending the past week-and-a-half quarantined in Florida — and injuries which have severely tested their depth.

Throw in the fact they have some of the nicest jerseys in the NHL, a unique nickname and logo and are playing in the birthplace of Starbucks, grunge music and the Space Needle and you have plenty of reasons to keep an eye on these cool new kids on the hockey block. Even if it’s not always going to be sunshine and rainbows in these early days.

Make sure you bring an umbrella. 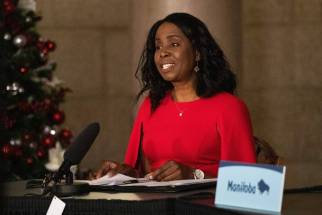 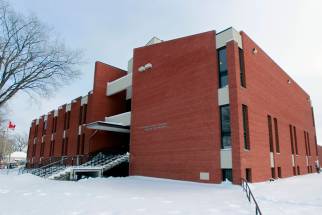 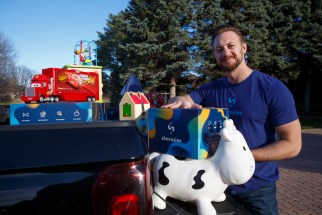 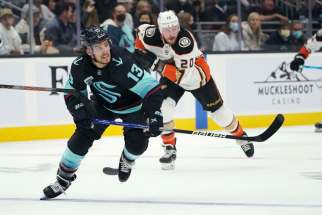 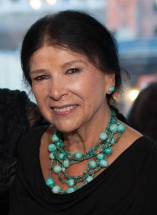 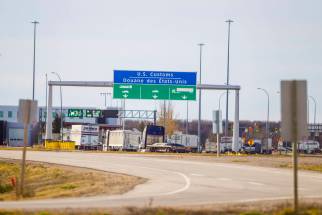