Staff and volunteers at downtown missions, which offer a lifeline, are worried about the mental health and physical safety of some of the city’s most vulnerable residents.

Homeless people are feeling isolated and the risk of drug or alcohol overdoses has gone up, according to those who work on the front line.

Lighthouse Mission manager Peter McMullen said the number of people coming to its soup kitchen while intoxicated is on the rise.

“What we’re running into is a lot of issues with addiction. I guess it’s going to be a COVID side effect,” he said. “Meth and hand sanitizer are the big problems.”

Paramedics have been called to Lighthouse, located on Main Street between Higgins and Logan avenues, about five times in the last few weeks to help people who ingested sanitizer to get drunk, said McMullen.

“They’re finding hand sanitizer in their jackets, and big bottles of it. Just before Christmas, it suddenly spiked,” said McMullen. “Sometimes we can’t send them out because they’re too far gone and it’s not safe for them.

“Addiction completely affects the ability or will of someone to take care of themselves. COVID is going to have a greater negative impact on people suffering an addition.”

Lighthouse does not keep sanitizer in places that are accessible to its clients, he said.

The organization is trying to raise $2.5 million in its capital campaign to convert its second and third floors into a detox centre with up to 12 beds.

Lighthouse and other missions have been handing out personal protective equipment (PPE) such as face masks and gloves to try to reduce the spread of the virus.

People are turning to substances to cope, and that increases the risk of overdoses, he said.

“Their lives are as valuable as anybody else’s, as anyone sitting in a heated home,” said Chidwick.

The pandemic is also putting a strain on missions themselves.

Some have suffered staff or volunteer shortages due to positive COVID-19 cases or people being deemed close contacts.

In December, an outbreak was declared at Siloam Mission after employees and people who use its services tested positive.

The Princess Street mission offered rapid tests to clients, increased its use of PPE and took other measures to reduce the spread of the virus.

“Public health came in and really assisted us to get things under control and get things a lot safer,” said spokesman Luke Thiessen. “We’ve been working hard to avoid another outbreak. We’re bracing ourselves for what to do if we start to have more people isolating again.”

About 10 kitchen staff members were isolating at the same time in December, he said.

At Lighthouse, some volunteers have decided not to visit the mission until the current situation improves.

“Our volunteers have declined over the last few weeks due to Omicron and COVID. It does create a challenge,” said McMullen.

Organizations are also managing rising costs for things such as disposable food containers and cutlery.

The latest wave of COVID-19 hit as Manitobans endured a brutal cold spell with dangerous wind chills of -40 or lower. In those conditions, exposed skin can freeze within minutes.

Alcohol and drug use can make people oblivious to the weather conditions, he pointed out.

Siloam Mission’s renovated shelter has been used by about 140 people a night recently.

“We’ve been at an average of 98 per cent capacity in the last week or so,” said Thiessen. “The cold is nothing new. It certainly becomes complicated when we have a variant that seems to be more transmissible.”

In pre-COVID times, places such as coffee shops or restaurants offered an escape from the cold, even if it was only for an hour or two.

Those places are no longer an easy option, as the pandemic creates additional barriers for the homeless.

Public-health restrictions have placed limits on seating capacity, and customers must show proof of vaccination to sit down and have a drink or a bite to eat.

“People with no fixed address, where do they get their cards sent to? How do they carry them?” said Chidwick. “Do they have a phone (to show a QR code) and is it charged?

“They can’t go and sit in Tim Hortons for two or three hours to warm up like they could have in the past.”

Those involved with the missions said soup kitchens are not required to ask clients for proof of vaccination. 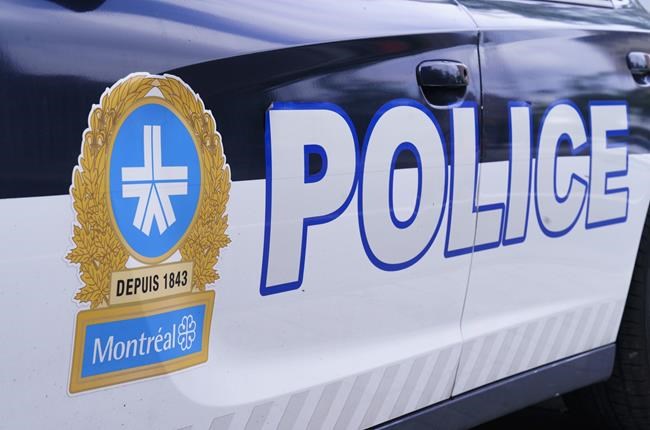 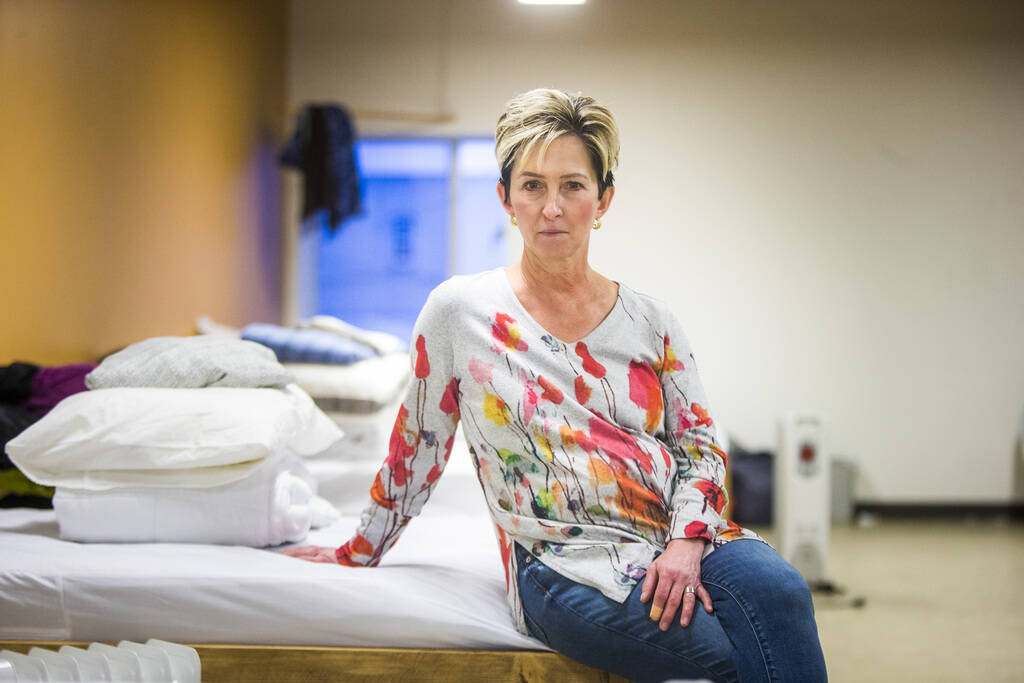 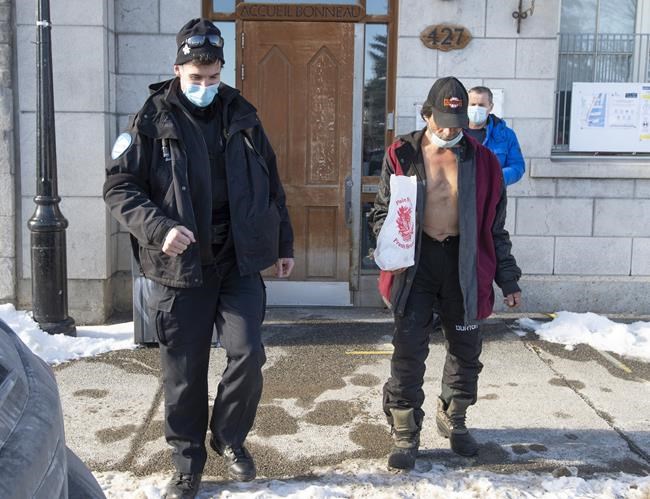 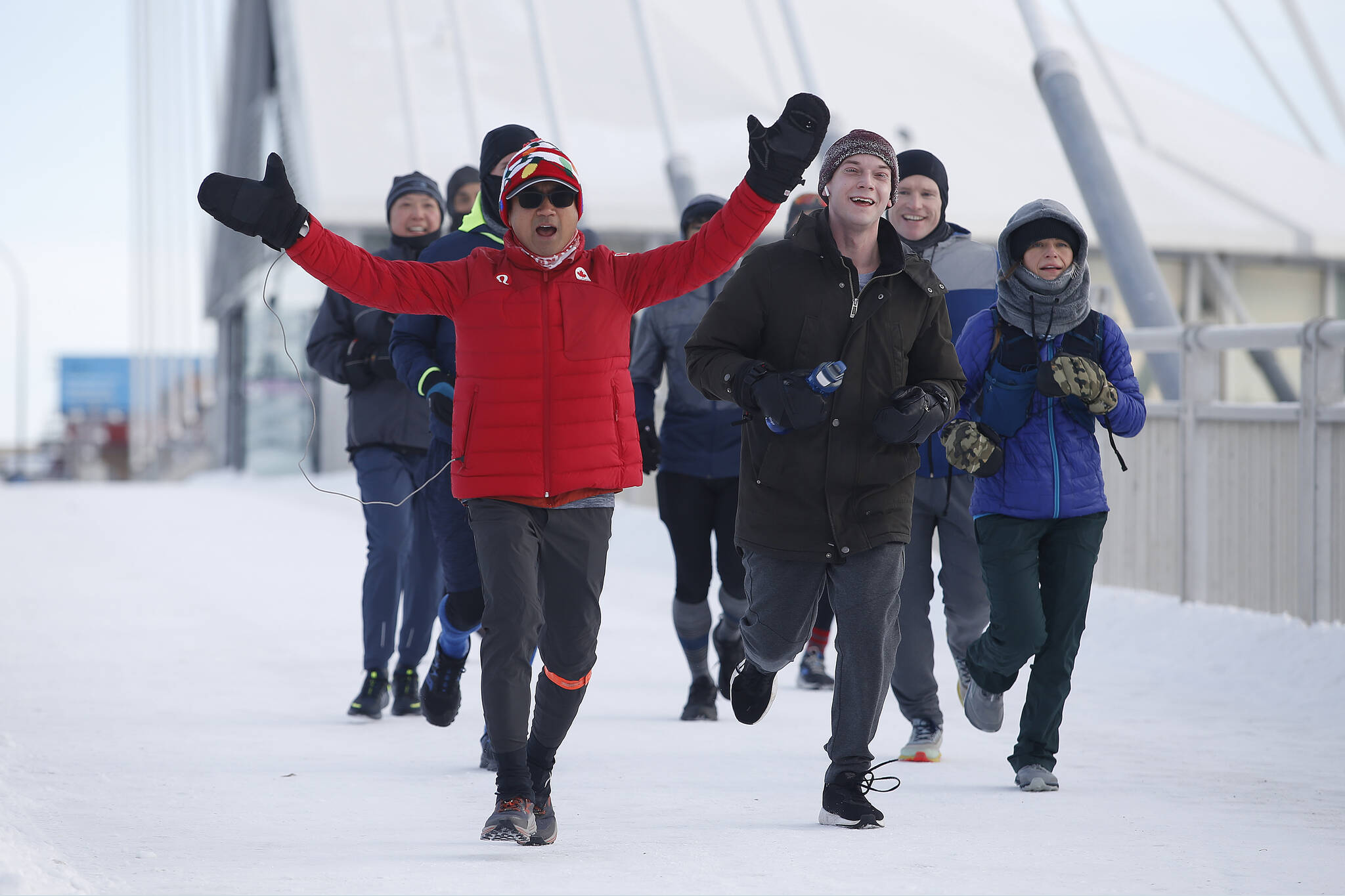