‘You can chat with people’: Winnipeg company brings ‘ice cycles’ to river trails

WINNIPEG - People living in Manitoba's capital have for years turned to the city's rivers as a way to embrace the frigid winter.

WINNIPEG – People living in Manitoba’s capital have for years turned to the city’s rivers as a way to embrace the frigid winter.

On any given day from January to March, Winnipeggers walk or skate on the Assiniboine and the Red. Now there’s a new winter activity on offer: ice bikes.

Winnipeg-based Spark Rentals this month launched what it is calling an “ice cycle,” a bike designed for the frozen water.

The endeavour was six years in the making after one of the company’s co-founders used one for the first time while travelling in northern China.

“I thought we need to bring this to Winnipeg one day. I sat on the idea for awhile and once the pandemic came by … there wasn’t a lot going on and I looked for a bit of a pivot,” said Sinan Leylek.

When Manitoba was in COVID-19 lockdown last January, Leylek and his partners decided to start their new venture, but it came with some challenges.

Leylek had to find a manufacturer in China willing to work with a Canadian company. By spring he was able to get his hands on a sample model, which led to the company putting in a larger order in the summer. Once the bikes arrived, Leylek had to figure out a way to test them out.

“Arenas were closed and there was nothing outdoors that we could (use) … and we were very anxious,” he said. “Eventually restrictions loosened a bit. We got some ice time to try (the bikes) out. We liked what we had … and we moved forward.”

The company has 65 bikes. There are three models.

Leylek said riding the bikes is not unlike using an exercise bike. “You don’t feel like you’re rocking or you need to balance.

“It’s more relaxed. You can chat with people. It’s almost like you’re at a stationary bike enjoying yourself instead of feeling like you’re going for an athletic workout.”

The bikes are suitable for all ages. Families with toddlers have rented them and one group reached out to request a fleet for a 90th birthday party.

In 2020, Calgary introduced a version of ice bikes for rent in one of the city’s parks. Leylek said he’s contacted recreation centres in Halifax, Ottawa and Moncton, N.B., to try to expand the business.

This week the company held a three-day pop-up near The Forks, downtown Winnipeg’s outdoor space and market.

Erica Ament took advantage of the -6 C temperature with her 13-month-old daughter Addison. With Addison in a carrier on her back, Ament went for a 45-minute ride.

“Very fun. Nice and peaceful. It was nice to just get out and do something different on the river, because you can’t always do that,” Ament said after her ride.

Even in a place that prides itself on being a winter city, Leylek knows the season is not for everyone. He hopes ice bikes will bring more people outside.

“There is that demographic that doesn’t like the winter, doesn’t like to get out. If we can get more of those people out, that’s a big motivation for me.”

This report by The Canadian Press was first published Jan. 14, 2022. 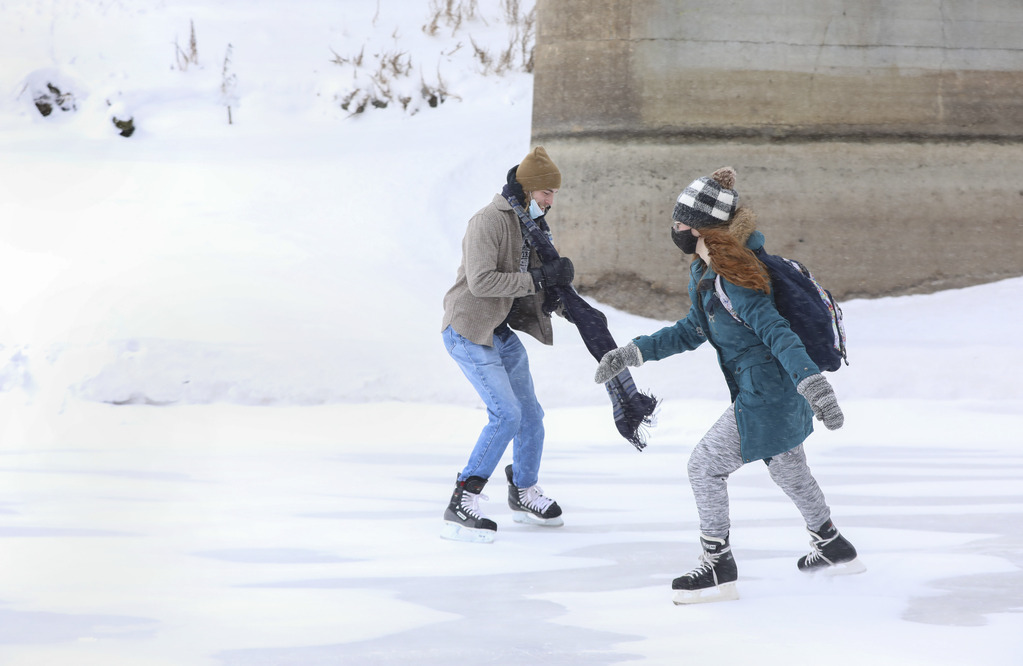 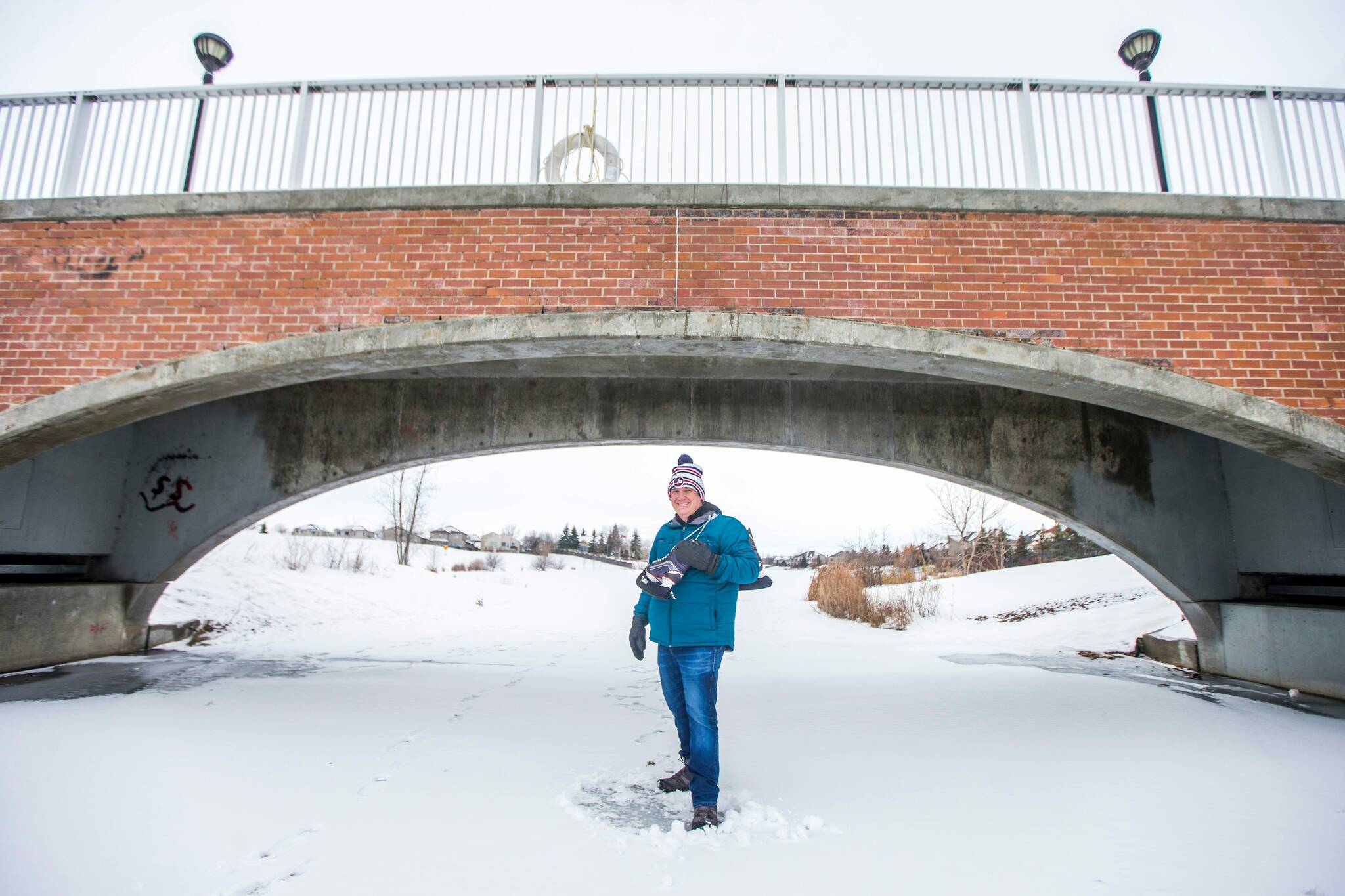 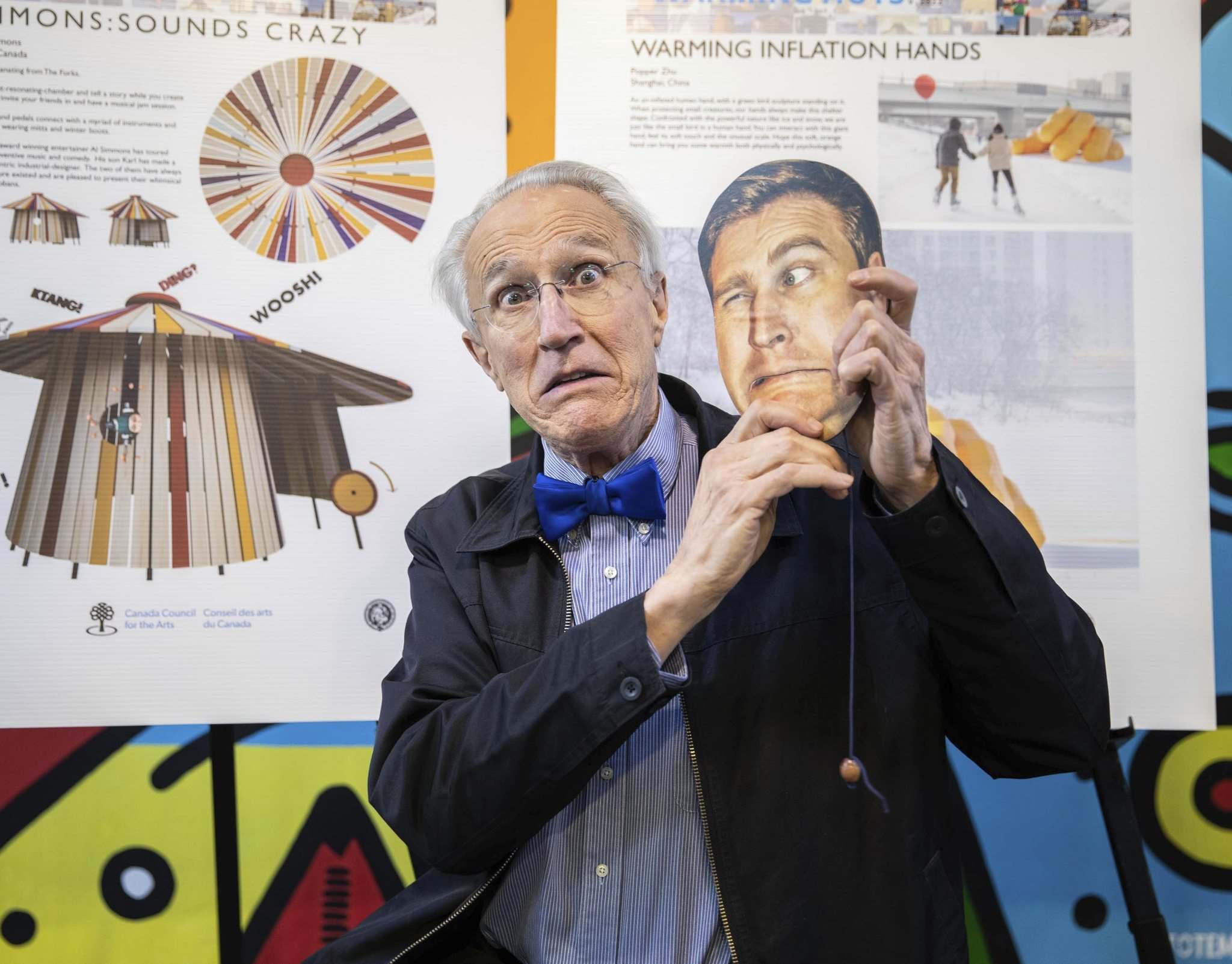