After a healthy man in his 40s contracted COVID-19 and died, grieving members of a southern Manitoba Hutterite colony were in desperate need of answers.

After a healthy man in his 40s contracted COVID-19 and died, grieving members of a southern Manitoba Hutterite colony were in desperate need of answers.

How could someone with no apparent underlying issues fall victim to the disease? Surely, they wondered, something else must have been wrong with him.

Joined by public-health nurses, Dr. Ganesan Abbu, who cared for the patient, visited the Morden-area colony to answer residents’ questions and find out what was stopping those who hadn’t been vaccinated yet.

By the time he left, 25 people had rolled up their sleeves to get their first shot that day in late November.

“I spoke to them about vaccine hesitancy. We had frank discussions about vaccine safety and how to evaluate claims,” said Abbu, an anesthetist and special care unit doctor at Boundary Trails Health Centre, located between Morden and Winkler.

“The people who had the most questions were the first ones to roll up their sleeves. They said, ‘I wish you had come a year earlier and spoken to us.’”

“The people who had the most questions were the first ones to roll up their sleeves. They said, ‘I wish you had come a year earlier and spoken to us.’” – Dr. Ganesan Abbu

As he assured them the unvaccinated man who died had been in good health, Abbu addressed their concerns. He explained they do not contain COVID or fetal cells, and he cited studies that found vaccines do not cause infertility.

The veteran physician was a trusted voice after treating the seriously ill man, who was intubated and transferred to a Winnipeg hospital before he died.

For Abbu, visiting the colony showed why it is still important to keep educating the unvaccinated and encouraging them to get immunized.

“I think it was extremely encouraging, and it points to the fact that if you can have a meaningful conversation with people without having any hard lines, it’s possible to change minds,” he said. “We’re still trying to reach out to people to be vaccinated, and we have had a little success.”

Changing minds hasn’t been easy in some corners of the Southern Health region, where the colony is located. Two years into the pandemic, the region is home to eight of the 10 Manitoba health districts with the lowest vaccination rates.

“For some people, even after they have lost a loved one or been on death’s door, they’re in denial,” said Abbu. “They will not change their stance on vaccination.”

“For some people, even after they have lost a loved one or been on death’s door, they’re in denial.”
– Dr. Ganesan Abbu

Some of his patients refused to accept their diagnoses. One family wanted “COVID-19” to be left off their loved one’s death certificate.

Abbu knows some Manitobans have taken a hard line and won’t get vaccinated no matter what he tells them about the safety and benefits.

“Ultimately, it is the patient’s choice,” he said.

Almost 86 per cent of eligible Manitobans had received at least one dose as of Tuesday. The uptake for two doses was lower, at almost 79 per cent.

More than one-third (38.7 per cent) have had a booster shot.

Across all eligible age groups, the number of first doses jumped to 51,912 in December after the province began offering the Pfizer-BioNTech vaccine to children aged five to 11.

Almost 4,800 adults received their first dose this month. The total in December, when the Omicron-fuelled wave of coronavirus began, was 7,539, down from 9,987 in November and 16,343 in October.

Kyle Penner, associate pastor at Grace Mennonite Church in Steinbach, has been encouraging Manitobans to get their shots since the rollout began in December 2020.

Amid the latest wave of COVID infections, he has heard anecdotes from health-care workers who’ve vaccinated first-timers.

“You would think at this point now there wouldn’t be a lot of first doses, but they keep coming,” said Penner, who was a member of the Protect MB Advisory Committee, which promoted vaccine uptake.

Employing kindness, patience and civilized discourse, he refuses to give up.

Some parishioners have decided to get their first dose after speaking to him. He still encounters resistance and hesitancy in some conversations.

While those interactions have been friendly, Penner continues to receive insults or negative comments from anti-vaxxers or other strangers online. He remains undeterred.

“I’ve been called Satan. I’ve been told I’m going to hell. Two weeks ago, somebody called me and said I don’t have a heart,” he said. “I’ve taken the posture I’m not going to return hate for hate. I’m going to try to understand and be compassionate.

Vaccine goal must be global 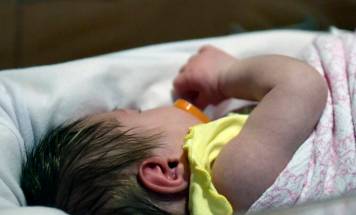 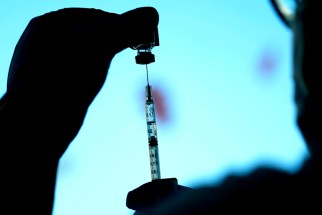 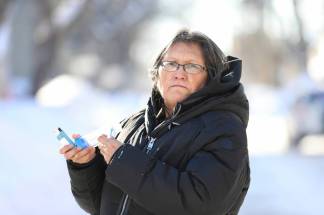 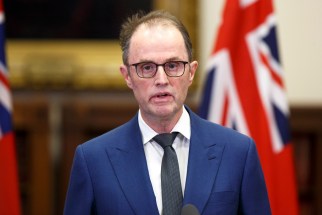 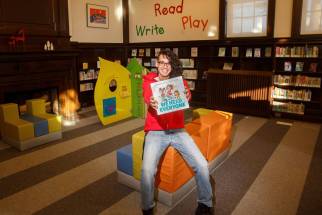 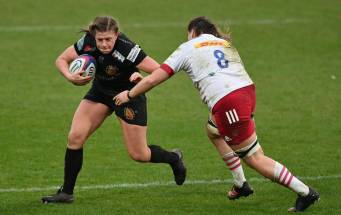 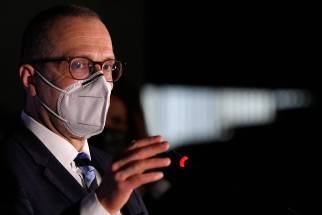