The last time skip Jennifer Jones and her team did this, before heading to Sochi in 2014, there were events. Lots of events. There are a lot of things to do, when you’re about to become an Olympian, and a lot of people to meet. And they had so much time to practise all together, so when they left to begin that golden quest, they were as finely tuned as they’d ever been.

The last time skip Jennifer Jones and her team did this, before heading to Sochi in 2014, there were events. Lots of events. There are a lot of things to do, when you’re about to become an Olympian, and a lot of people to meet. And they had so much time to practise all together, so when they left to begin that golden quest, they were as finely tuned as they’d ever been.

This time around, there’s been only quiet. Routine. Practice and then home, rinse and repeat. For Jones and lead Dawn McEwen, the two mothers on the team, there was homeschooling. Other than that, they haven’t gone anywhere or seen anyone they don’t live with. They get their groceries delivered. They disinfect everything.

“It’s kind of the same thing every day,” Jones says, chatting last week on the hour-long drive from the Alliston Curling Club — where she had been practising in an empty building — to her home in Barrie, Ont. “But it’s all good. I get to come home, it’s a pretty simple life right now.”

And they haven’t played a competitive game since late November, when they eked past Tracy Fleury in the Canadian Olympic Trials women’s final. They had a training camp shortly after that, but then Omicron hit Canada like a whirlwind, so all they could do was huddle in near-total isolation, half the team in Manitoba and half in Ontario, as the days ticked toward Beijing.

In fact, so tight are the restrictions around who they can see, that when a Free Press writer asks if a photographer could get some shots of McEwen and third Kaitlyn Lawes through the glass at Charleswood Curling Club, where they’d been practising before joining the team in Toronto last weekend, McEwen has to first check with the powers that be.

When she replies, she’s apologetic. There are just so many rules now, she texts. She wonders if it would be OK if they could set up a tripod and take their own photos, instead. So yeah, these are strange times to be setting off on their Olympic journey.

“In a way, I’m not mad about it necessarily,” McEwen says. “My life’s a bit different with two kids now, as opposed to how it was before Sochi. Just being around home and getting all that stuff ready before I leave, it’s been nice to have that time, too. If we had the opportunity to have all those (usual) functions…”

She pauses. “I’m just trying to look at it in a good way,” she says.

That’s the operative phrase around the Jones camp, but that isn’t new. Before going to Sochi, the team vowed that, no matter what happened on the ice, they would enjoy every minute. They wouldn’t stress the little things. They made a promise to themselves that their Olympic experience was going to be perfect, Jones said once, and it was.

So, they’re doing the same thing now, for Beijing, when they head out in early February. It will all be different. The team is different, for one, with Jocelyn Peterman making her Olympic debut at second and Lisa Weagle filling out their five-person team. But so, too, is the isolation, the hurdle of passing several PCR tests before flying out, the logistics of managing their bubbles as they train.

It’s not only the team, after all, that had to retreat from the world. So did everyone they live with, including their kids. Jones and her husband, Brent Laing, offered their two daughters, nine-year-old Isabella and five-year-old Skyla, a choice: the skip could move out, so that the girls could still go to school. They chose to stay home with her.

“They’re so excited,” Jones says. “When I sit down and talk to them about some of the sacrifices we’re going to have to make, they’re like, ‘No mom, you’ve got to chase your dreams.’ That’s fun for me to see, too. They’ve learned how important it is, and as a mom that makes you proud.”

With their families so firmly behind them, that gave them a chance to put their focus on preparation. In Winnipeg, McEwen and Lawes swept rocks, helped each other tune up their slides, and played one-on-one games; in Ontario, Jones, Weagle and Peterman, along with coach Viktor Kjäll, began to convene to push forward their training goals.

One thing they have thought about, a little, is what the experience will be like for the rookie. Most of the team has been to an Olympics before — Weagle as lead for Rachel Homan’s team in 2018 — but this will be the first time for Peterman, who came aboard after Jill Officer’s retirement. She hasn’t gotten to experience the typical pre-Olympic events and excitement that the rest of the team fondly remembers.

Still, just like they are trying to look at everything in a good way, they’ve also vowed to make an amazing debut for her.

“You get to be a kid in a candy store through somebody else’s eyes,” Jones says. “It’s a pretty great scenario, we have the best of both worlds. Part of me wishes it would be an Olympics without COVID, so it wouldn’t be so complicated. But we’re going to make it so fabulous for her. I can’t wait to see her open up her bag of (Team Canada) clothes once we get there.”

One additional silver lining for Peterman, of course, is that she’s the only teammate who gets to have family there in Beijing. Her fiancé, Brett Gallant, second on Brad Gushue’s Canadian men’s team, is also headed to his first Olympics. So, that’s another thing that will be different about these Olympics; usually, the stands at big events are thick with Team Jones supporters.

But their families will be with them in spirit. Jones’s daughters are already excited for their friends to see their mom on TV; McEwen’s eldest daughter, six-year-old Vienna, has been tasked with drawing pictures for her mom’s room at the Olympic Village. And though her younger daughter, nine-month-old Avalon, won’t remember, she’s already part of this story, too.

“I’m not going to lie, it’s been challenging for me,” McEwen says, of the lead-up to these unique Games. “At the same time, this is a good opportunity to hopefully inspire my girls to do something they want to do, whether through sport or through career. ‘If she can do stuff like this and work hard… I can too.’ A big part of my motivation is my girls.

“Also, just being a mom this time around,” she adds. “My perspective is so different now. I’m going over there representing Canada, but I’m also representing being a mom. If I can help inspire other women who want to be moms one day, and show them that if you want to chase your dreams all while being a mom, you can do it.”

Now, the team just hopes they can bring home the gold, like they did the first time around. True, this won’t be like Sochi, or any other Olympics. The logistics are a headache, their families will be far away, and they will be contained in these Games’ closed-loop system. There will be so many COVID-19 tests that, by the end, their noses will surely be burning.

But they’re ready for that and, above all, they’re just glad to have the chance once again.

“I don’t ever want to sound like we’re complaining,” Jones says. “We’re super grateful and we never will complain. That’s one of our strongest attributes. We’re taking everything as it comes, and leaving every meeting with a smile and gratitude for the opportunity to represent Canada at the Olympics… if this is what it’s going to take, this is what it’s going to take.” 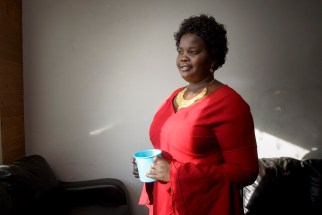 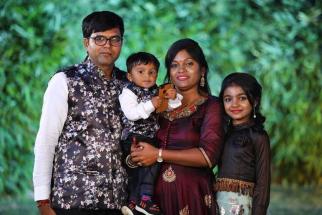 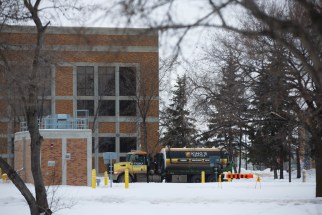 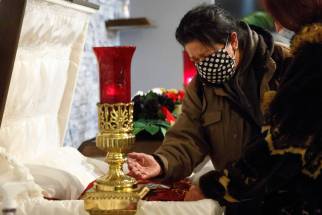 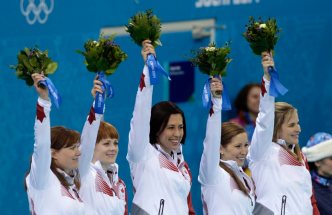 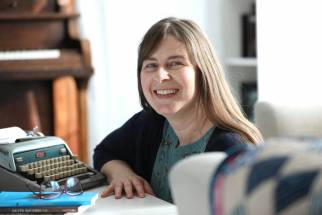 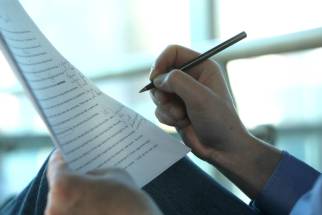