Selena Njegovan hasn’t skipped in nearly a decade but has yet to show any signs of stage fright at the 2022 Scotties Tournament of Hearts in Thunder Bay.

Selena Njegovan hasn’t skipped in nearly a decade but has yet to show any signs of stage fright at the 2022 Scotties Tournament of Hearts in Thunder Bay.

Pressed into the high-pressure role after Tracy Fleury tested positive for COVID-19, Njegovan has guided the East St. Paul squad to a 3-1 record after Day 4 of the Canadian women’s curling championship.

The world’s top-ranked team, carrying the Wild-Card 1 moniker, dropped a squeaker to Andrea Crawford of New Brunswick in the opener Friday night but has been terrific since, posting an 11-9 victory over Emma Miskew of Ottawa (Wild-Card 3) in its most recent test Monday morning.

Njegovan is shooting 76 per cent, fifth among all skips in the Scotties field, expanded to 18 teams for the second year in a row. She was nine percentage points higher than Miskew, who was also promoted from her usual spot at third because Rachel Homan is playing mixed doubles at the Winter Olympics.

“I skipped liked 10 years ago in juniors, so it was a long time ago,” Njegovan said, in a post-game Zoom chat with reporters. “I wouldn’t say I changed my thought process much. I kind of try not to think about it much, to be honest, to not put as much pressure on myself. My team has been so supportive, and I can feel their confidence for me and I think that really helps.

“I definitely feel a lot better out there than I did the first game. I’ve just been trying to soak it all in, and it’s been fun but challenging as well.”

The hope was Fleury would have rejoined the team by now, however, she remains in quarantine at a Thunder Bay hotel “at the discretion of the chief medical officer of the event,” said a Curling Canada spokesman.

The last two months have, indeed, been difficult. The Fleury foursome, with second Liz Fyfe and lead Kristin MacCuish, lost the Olympic Trials final to Jennifer Jones of Winnipeg in late November and then missed the playoffs at the Manitoba Scotties in Carberry a week before Christmas.

But with the aid of Robyn Njegovan (Selena’s sister-in-law, who stepped in as third), they’ve shown plenty of resilience at fan-free Fort William Gardens with their Sudbury, Ont.-based leader out of service.

“Obviously, no team wants any of their players to go down with COVID and not be able to play. We miss Tracy so much, so we were upset,” Njegovan said. “But we knew since COVID started that there were going to be instances where things weren’t going to go our way and there was going to be a lot of uncertainty and ups and downs, so we regrouped and made a plan going forward. But we do miss her so, so much.”

Between games, they’re in constant communication.

“We aren’t talking to Tracy at the fifth-end break,” Njegovan said, laughing. “But we are talking constantly and throughout the day. We have our group chat going and we have our debriefs with her, and she gives us any input she can, and it’s greatly appreciated.

“If you were watching the game, we were pretty much begging for her to help us. We do miss her a lot.”

Giving up a big count of four in the first end was hardly optimal, but the Manitobans stormed back with a three in the second end, sparked by Fyfe’s perfect hit-and-roll behind cover.

“The girls made eight perfect shots that end… we got a couple of big misses out of the other team,” she said. “Definitely, there were a lot of big ends in that game. So, the turning points and momentum kind of switched back and forth, back and forth.” 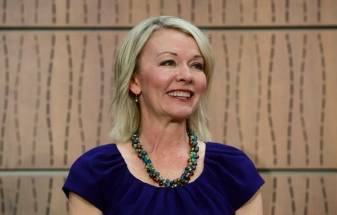 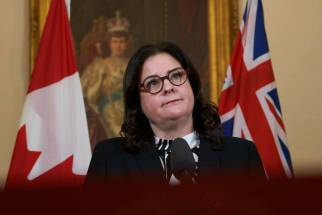 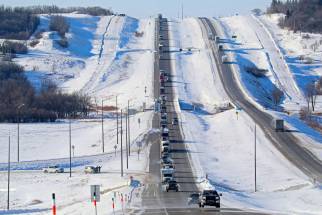 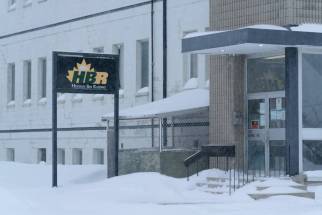 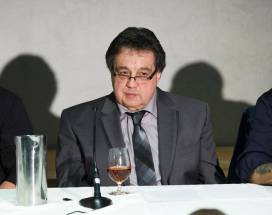 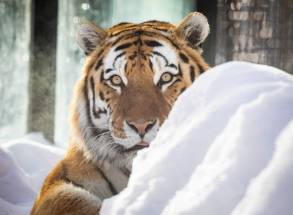 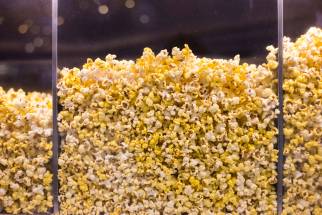 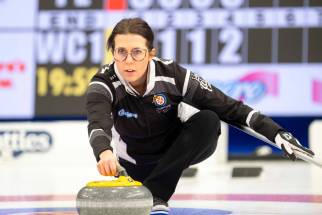 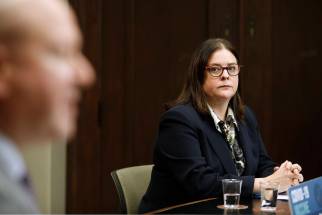