February got off to a blustery start Tuesday, but for many it feels like more of the same after the snowiest January in Winnipeg in more than a decade.

February got off to a blustery start Tuesday, but for many it feels like more of the same after the snowiest January in Winnipeg in more than a decade.

The city logged 43.2 centimetres of snow last month — the most since 2011 — according to Rob Paola, a retired meteorologist who serves as a volunteer observer for Environment and Climate Change Canada, which stopped taking official snowfall measurements in 2005.

January 2022 recorded about 70 per cent more snow than the average January on record, Paola said Tuesday.

Add in 30 cm in the last nine days of December, and the past five weeks have exceeded half the total snowfall recorded in 2021.

“Really, patterns since December, since just before Christmas, have been much more frequent snowfalls, and they’ve been piling up and piling up,” Paola said.

“Really, patterns since December, since just before Christmas, have been much more frequent snowfalls, and they’ve been piling up and piling up.” – Rob Paola

“And the city has been having a tough time trying to get rid of it all because it’s been snowing so frequently… It’s really been the past five to six weeks, where it’s been this constant barrage of snowstorms that have made people feel that they’re just getting buried and can’t get rid of it.”

The City of Winnipeg’s snow clearing costs for 2021 were nearly $7 million over budget, something finance committee head Coun. Scott Gillingham said was expected.

Crews were in action plowing main routes and hauling snow at intersections and along roadways, a spokesperson for the city said in the wake of Tuesday’s blizzard.

The day’s wild weather led to white-out conditions and prolonged extreme wind chill. The Perimeter Highway circling Winnipeg was closed part of the day, as were, among others, Highway 1 from the Saskatchewan border to Brandon, and Highway 10 from U.S. border to Highway 2.

More than 100 vehicles got stuck while travelling on the South Perimeter Highway due to treacherous conditions.

RCMP advised people to stay at home and said certain parts of the highway that encircles Winnipeg were impassable, especially between McGillivray and Kenaston boulevards.

Officers planned to work with firefighters to check everyone in those vehicles, Cpl. Julie Courchene said.

While heaps of snow were the bane of many a shoveller’s existence, Manitobans from all walks of life have been impacted.

Winnipeg shelter Siloam Mission has been consistently at capacity in the extreme cold and snow.

“With this kind of weather, we always kind of brace for more people coming through the doors for just about everything, but especially just not wanting to spend any part of their day outside,” communications organizer Luke Thiessen said Tuesday.

In the past few days, the shelter has been especially busy, which Thiessen attributed to the swings between blowing snow and freezing cold, both especially dangerous conditions for people experiencing homelessness.

“It seems like there’s just even more demand than we’ve ever seen before for places to go at night, but even in the daytime,” Thiessen said. “COVID has made some of that more difficult, too, for those daytime places, and this prolonged severe weather is a recipe for dangerous conditions for people living on the street.”

“COVID has made some of that more difficult, too, for those daytime places, and this prolonged severe weather is a recipe for dangerous conditions for people living on the street.” – Luke Thiessen

The demand for warm clothing has also skyrocketed, he said. Siloam is always in need of sleeping bags and blankets, for when they have to turn people away and they’re not sure another shelter will have space for them, he added.

The recent weather and people’s responses to it may be compounded by the fact last year was particularly dry and mild, Paola said.

“That’s generally a good thing for the soil moisture levels, because they were so dry last year,” he said. “It’ll be good to have a good winter snowpack this year to recharge that soil moisture for the spring.”

On Manitoba roads, the auto insurance business was back to near-normal in January, after a COVID-19 pandemic-driven drop in 2021.

“A good majority (of claims) are what we would call a fender bender, meaning no serious injuries but damage to vehicles,” MPI spokesperson Brian Smiley said. “And we will see that particularly on a snowy day like today.”

For Winnipeg residents, it may seem like there’s no end to the snow on the horizon, and they might be right. While February tends to be the least-snowy winter month, heavier snowfall typically comes in March, and sometimes April, as the city gets into late winter-early spring storms.

Paola said he expects “well-above normal for snowfall” for the rest of the season.

“It’s tough to say. Sometimes, Mother Nature can just shut off the taps, and the weather systems just miss you for a prolonged period of time in the winter… And sometimes, you get into a period of frequent systems impacting your area and you’ll get frequent snowfalls.”

After the blizzard, the East Coast digs out under sunny sky 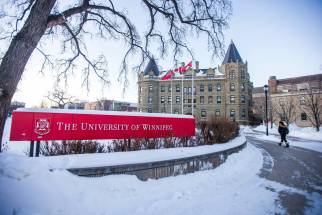 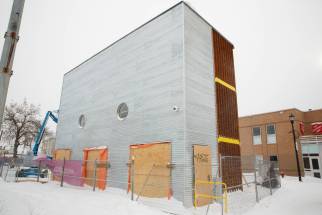 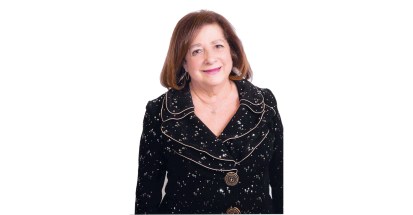 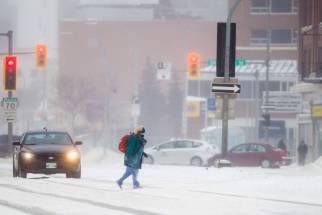 Something missing from Scotties 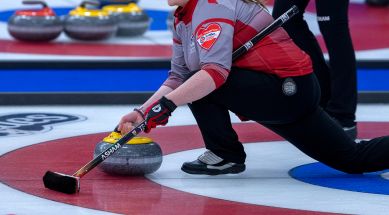 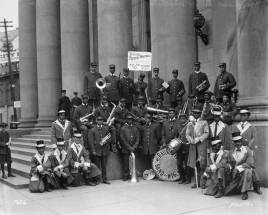 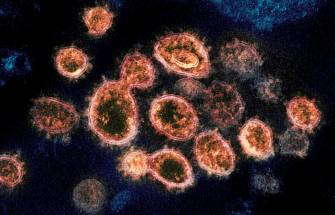 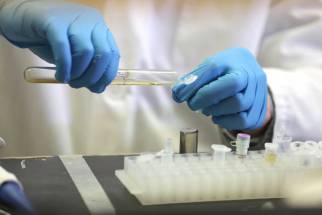 School trustee removed for unexcused absences Something missing from Scotties