Thousands of Manitobans will once again be able to gather as the government sets its sights on a “restriction-free” spring even as it acknowledged COVID-19 transmission remains alarmingly high.

Thousands of Manitobans will once again be able to gather as the government sets its sights on a “restriction-free” spring even as it acknowledged COVID-19 transmission remains alarmingly high.

Eight weeks after the first confirmed case of the Omicron variant was detected in Manitoba, Premier Heather Stefanson said the province is in a position to roll back restrictions “so people can get back to living their lives.”

Once again, Premier Heather Stefanson is leading her province into a raging thunderstorm with a tenuous promise that no one will get wet.

Stefanson and Dr. Brent Roussin, the chief provincial public health officer, told a news conference Wednesday that the process of removing social and economic pandemic restrictions would begin in earnest next Tuesday, when indoor occupancy and social-gathering limits will be significantly increased.

Stefanson and Roussin said modelling data — which they chose not to present with their announcement — shows the Omicron wave has peaked and is now “trending in the right direction.” As a result, it’s time to start allowing people to go more places and do more things in greater numbers.

What neither Stefanson or Roussin would discuss, however, was how removing restrictions will impact those positive trends.

“I think people are ready to get back to some normalcy as part of their life,” Stefanson said at a news conference with chief public health officer Dr. Brent Roussin.

New COVID-19 prevention orders will take effect on Feb. 8, allowing an array of businesses, including restaurants, gyms, theatres, performing arts venues and professional sports events, such as Winnipeg Jets games, to operate at 50 per cent capacity.

Licensed premises will be permitted to serve alcohol until 12 a.m. and limits on private gatherings for vaccinated and unvaccinated people will be lifted slightly. The new orders will expire on Feb. 22.

Roussin described the changes as a modest reduction in restrictions while COVID-19 is still circulating widely in the community. Modelling shows cases and hospital admissions have peaked, and critical-care admissions should top out soon, the doctor said.

“It’s certainly been a while since we’ve been able to consider easing some of these public health restrictions,” Roussin said. “We can move cautiously at this point.”

On Wednesday, seven more COVID-19 fatalities were reported and 744 people were in hospital with COVID-19. Fifty-four of the 110 ICU patients had COVID-19.

About 40 per cent of Manitobans in hospital with COVID-19 are being treated for the disease while the other 60 per cent are considered incidental admissions, meaning they would have required hospital care either way, Roussin said.

Approximately 70 per cent of patients admitted to intensive care with COVID-19 are there because of their infection.

Roussin said as he writes public health orders, he must take into account the pressure on the acute care system and whether it can be directly tied to COVID-19 demand, adding there are a number of factors straining the system.

“It’s certainly relevant to how we consider moving forward with our restrictions,” Roussin said. “Sixty per cent of the people there would be there regardless of COVID… but the message is not to say there isn’t a strain on the health-care system.”

Doctors who work in Winnipeg hospitals during the Omicron wave disagreed with the government’s plan to lift capacity limits.

Intensive-care physician Dr. Eric Jacobsohn said hospital operations should be closer to normal before restrictions are peeled back.

“We all need normality in the hospital, and those thousands of patients waiting to get medical care other than for COVID want normality, so I think that’s where the priority should lie, not whether I can have another 10 people in my house,” Jacobsohn said.

Dr. Jillian Horton, an internal medicine physician at the Health Sciences Centre, said if the province intends to lift restrictions, it must be transparent about the consequences for patients and health-care workers.

Both expressed frustration at Stefanson’s admission Wednesday she hasn’t been in a hospital or emergency department since being sworn in as premier on Nov. 2.

Stefanson said capacity limits will be lifted incrementally until “nearly all” public health orders are removed as the government shifts toward recommendations later this spring.

“Assuming the COVID-19 data continues along the path that is projected, we will be in a position, hopefully, to further relax restrictions in the weeks and months ahead,” Stefanson said.

Medical microbiologist Dr. Philippe Lagacé-Wiens said it is reasonable to start easing orders considering Manitoba is past the peak of the Omicron wave, based on provincial data.

Lifting the 250-person cap at indoor venues, though, is a “little concerning,” he said.

“I would definitely not go as far as starting to lift vaccine mandates and starting to open up large gatherings (to unvaccinated people) in the ways some other provinces are talking about,” Lagacé-Wiens said.

Manitoba Restaurant and Foodservices Association executive director Shaun Jeffrey said the loosening of restrictions will come too late for his members who will yet again operate at reduced levels on one of the busiest days of the year while others have closed for good.

“It’s a very tough time of the year because it’s slow, but… this takes us into and past Valentine’s Day,” Jeffrey said. “Losing another one of these big operational days, it’s a little bit disheartening.

“We look at provinces to the west of us that have had no restrictions, and it’s a hard pill to swallow, to continue to be in restrictions for another two weeks.”

The NDP and Liberals called on the government to provide more support for businesses and to better outline the risks of rolling back restrictions.

“Even if infections have peaked, it doesn’t look like our deaths have. It’s something they should be ashamed of and recognize and not try to sweep under the rug.” – Liberal Leader Dougald Lamont

Liberal Leader Dougald Lamont said allowing as many as 7,500 people to gather at the Canada Life Centre on Feb. 8 to watch the Winnipeg Jets could cause infections to rebound.

“This seems to me more to be an effort to create a good news announcement for the premier who’s going to be facing a byelection in a couple of weeks,” Lamont said, adding the province continues to hold the second-highest COVID-19 fatality rate in the country.

“Even if infections have peaked, it doesn’t look like our deaths have,” he said. “It’s something they should be ashamed of and recognize and not try to sweep under the rug.”

The focus should remain on limiting the spread of COVID-19 so the health-care system has some room to breathe, NDP Leader Wab Kinew said. And as a hockey fan, Kinew said he would like to hear unfiltered analysis from public health on the risk large events pose to the community.

“The government of Manitoba should provide that… so Manitobans can not only understand the rules that are being proposed, but also make an informed decision for themselves as to whether or not they’re going to attend,” Kinew said.

— with files from Katie May and Gabriel Piche 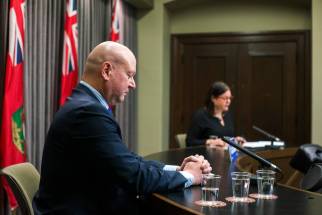 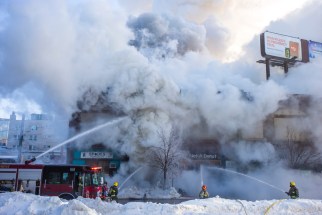 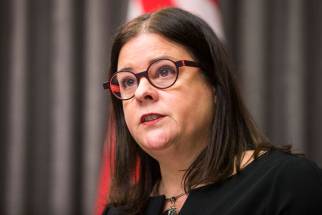 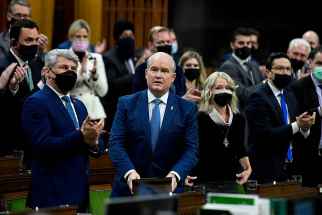 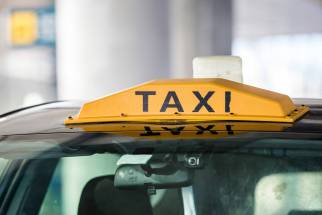 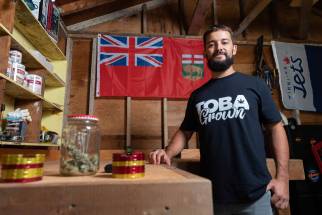 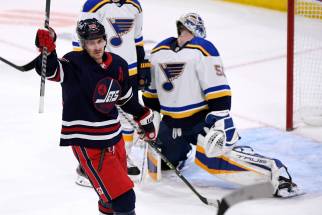 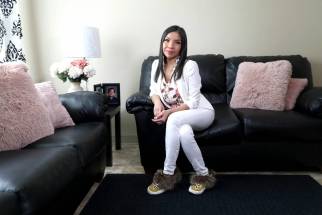 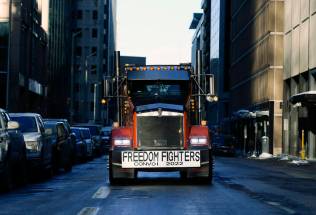