OTTAWA — As she rose in the Commons Thursday, MPs wondered how Candice Bergen would start her term as interim Conservative leader.

OTTAWA — As she rose in the Commons Thursday, MPs wondered how Candice Bergen would start her term as interim Conservative leader.

Some expected her to castigate the Liberals with the fiery tone she brought to Ottawa in 2008 as a rookie MP fighting the long-gun registry.

Others wondered whether she’d mock Prime Minister Justin Trudeau, using one of her recent jabs about him skipping reconciliation ceremonies to go surfing.

Bergen instead opted for a softer tone as she stood, beaming at the applause from both sides of the chamber.

She urged the Liberals to meet with the truckers convoy that has been camped outside Parliament Hill since last Friday, suggesting he “help them feel they have been listened to,” and asking Trudeau, “What role the government can play, and what they can do to help solve the impasse?”

The plea for collaboration is a fitting for a leader chosen to try holding a deeply divided party together. Tory MPs installed Bergen Wednesday night after ousting Erin O’Toole, who constantly changed policies as he attempted to navigate regional rifts and divisive social issues.

In her Portage-Lisgar riding and around the Hill, Bergen is known as a hard worker who can navigate conflict. But she has also riled up constituents for failing to call out elements of the far right.

“She is a digger, and she will get to the bottom of things,” said Winkler Mayor Martin Harder, a longtime supporter and friend.

He said Bergen has helped get better safety reflectors on trains passing through rural regions, and upgrades to the local wastewater plant, two issues that aren’t flashy and involve working with multiple stakeholders.

“She has managed a lot of difficult topics, and came out with a very positive end result,” he said.

“She has managed a lot of difficult topics, and came out with a very positive end result.” – Winkler Mayor Martin Harder

Harder met her as a Conservative party organizer who supported area MPs, before running for office in 2008. Just a year later, the party had her table a bill to scrap the long-gun registry, and sent the backbencher on a cross-country speaking tour.

Those speeches helped Bergen create a wedge issue in ridings the where the Tories battle the New Democratic Party, whose supports split between rural areas and urban voters.

Over in the RM of Portage la Prairie, Reeve Kam Blight said Bergen has always called him back promptly to address local issues over the past decade, even as she ascended the federal party ranks.

“If anyone can bring everyone together, it’s her,” he said. “From my point of view, she’ll make a phenomenal leader.”

“Many of us see shades of Brian Pallister,” Meeches said, referring to Manitoba’s divisive former premier who once represented Bergen’s federal riding.

Long Plain has had limited contact with Bergen, though she did ask last year to attend commemorations for residential-school deaths, he said.

He’s puzzled by her silence after an undated photo of her wearing a Donald Trump-supporting “Make America Great Again” baseball cap began circulating on social media in the hours following the violent insurrection at the U.S. Capitol 13 months ago.

The phrase became a rallying cry for far-right and white nationalist elements south of the border during Trump’s administration. Bergen refused to explain the context behind the photo.

“That caused a lot of concern,” said Meeches. “That political ideology is really not in line with a lot of Indigenous governance.”

Earlier this week, Bergen compared Nazi imagery from the ongoing convoy protests to demonstrators who set fire to churches and toppled statues honouring figures from Canada’s colonial past following the discovery of hundreds of unmarked Indigenous children’s graves at former residential school sites across the country.

The analogy is a bad omen to federal Crown-Indigenous Relations Minister Marc Miller.

“What’s happening with the federal Conservative party is their business,” the premier said. “I don’t have any time for violent behaviour wherever it is, and we don’t condone that type of behaviour.”

“I understand the mood may shift soon. So we need to turn this into the PM’s problem.” – Email sent by Candice Bergen Monday

On Bergen’s first full day as leader, the Globe and Mail published internal party emails showing she’d suggested the Tories not join the growing demands for truckers to head home.

“I understand the mood may shift soon. So we need to turn this into the PM’s problem,” reads the email Bergen sent Monday.

It’s a contradiction to the collaborative tone she urged in the House. And it’s shrewd politics.

Bergen says faith is at the core of her identity. She occasionally attends Springs Church, a congregation frequented by many Tory politicians that has occasionally run afoul of COVID-19 public-health restrictions.

Her riding includes regions with some of the lowest vaccine uptake in Canada, such as the RM of Stanley, and she has tried to strike a balance between advocating vaccines as safe and effective and maintaining that they are a matter of personal choice.

In December, she said Mennonites are taught to rise above that type of division.

“No pandemic will stop the eternal legacy that the people of my region of southern Manitoba have been destined to fulfil,” she told the Commons.

On the hustings, she’s recounted her Mennonite mother offering a bed to down-and-out strangers.

As the junior social-development minister in the Harper government, Bergen espoused letting community groups, and not bureaucrats, use public funding to rectify social ills.

In the House, the Speaker often has to tell Bergen to respect the rules of decorum, such as not alluding to an MP’s absence in the chamber, or accusing a colleague of lying.

Bergen is quick to disparage Trudeau, even in private conversations, with a dislike of the prime minister that some liken to an obsession.

Yet behind the partisan bickering, MPs from other parties say she’s a straightforward pragmatist who can find common ground. She served as the Tory House leader from 2016 to 2020, negotiating the pace and caucus support of legislation with other parties.

She then took those skills into the party’s internal dynamics as O’Toole’s deputy leader, brokering peace among social conservatives upset at the party’s eventual endorsement of a bill to ban anti-gay conversion therapy, and Alberta MPs alarmed by climate policies aimed at shoring up support in urban Canada.

Those issues ended up splitting the party after a disappointing 2021 election result.

“We absolutely have some work to do, in making sure Western Canadians are supported,” said rookie Tory MP Warren Steinley of Regina.

“There are opportunities in agriculture, in oil and gas, and I think Candice understands that.”

“We absolutely have some work to do, in making sure Western Canadians are supported.” – Regina rookie Tory MP Warren Steinley.

Bergen will have to weigh regional tensions and a balance between the party’s social conservatives and urban progressives in forming the Tory’s front bench, and keeping them together until the party membership elects a longer-term leader.

Interlake-area MP James Bezan argues she can steer that ship through rocky waters.

“She appeals to the broad base of our party; the entire coalition,” he said.

“Candice can be tough and firm, but she’s also compassionate, and she has empathy.” 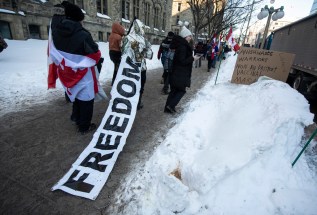 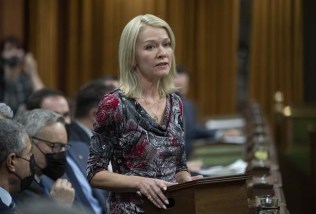 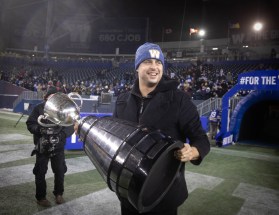 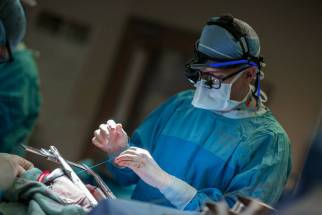 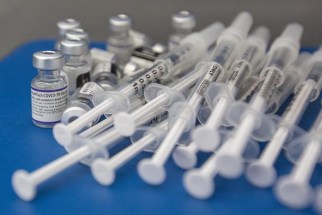