As Manitoba hurtles towards an arbitrary March deadline to lift most of its COVID-19 restrictions, Premier Heather Stefanson and her public health advisers have ignored a well-established principle of pandemic economics.

As Manitoba hurtles towards an arbitrary March deadline to lift most of its COVID-19 restrictions, Premier Heather Stefanson and her public health advisers have ignored a well-established principle of pandemic economics.

If you lift it, they will not necessarily come. Just because you are allowing people to go anywhere they want without vaccine requirements, capacity limits or mask use, does not mean a lot of additional people are going to do it.

Not when there is a clear and present danger of another surge in infections.

As the world heads into the third year of the pandemic, economists and pollsters have determined the single greatest driver of renewed economic activity is the prevalence of COVID-19, not government policy.

One of the most cited studies of this phenomenon was done by Austan Goolsbee and Chad Syverson, economists at the University of Chicago. The two scholars have thrice measured the economic impacts of pandemic restrictions on consumer spending: once in May 2020, and twice more in late summer 2020 and early 2021.

The findings: while the “economic impact of policy orders (lockdowns) was modest… fear of the disease remains a significant driver of consumer behaviour.”

It only makes sense.

Currently — during what appears to be the downward slope out of the Omicron wave — most know while vaccines remain effective at preventing serious illness, they cannot stop us from contracting the latest variant. All things equal, a majority would like to keep our vaccine mandates and masks, thank you very much.

A Leger poll released last week, as many provinces were removing or announcing the removal of restrictions in early to mid-March, showed 43 per cent of respondents did not want to want the government to move too quickly, while a further 14 per cent did not want any restrictions lifted right now.

Forty three per cent of respondents did not want to want the government to move too quickly, while a further 14 per cent did not want any restrictions lifted right now.

On the other side of the debate, 29 per cent said they were ready to lift restrictions based on their vaccine status and because Omicron seemed “less serious” than previous novel coronavirus variants.

The problem: Omicron is serious in a whole new way.

Despite a continuing threat from Omicron, and a strong likelihood this variant will give way to yet another in the near future, governments are rushing to remove restrictions without explaining why.

This week, the British Medical Association challenged Prime Minister Boris Johnson to produce the epidemiological evidence to support the removal of restrictions.

Dr. Penelope Toff, head of the BMA’s public health medicine committee, made a statement that should be repeated to governments the world over: “We must question on what scientific basis this decision is being made, and the government needs to show the evidence behind its proposals.”

However, there really isn’t any scientific evidence to support the removal of all restrictions. Not right now.

However, there really isn’t any scientific evidence to support the removal of all restrictions. Not right now.

It’s certainly acceptable and even advisable to ease up as case counts, hospitalizations and deaths go down. However, vaccine and mask mandates are the two restrictions that, on a scientific basis, deserve to be maintained.

Masks are the single most important tool for limiting spread. Mandates are extremely effective at convincing the reluctant to get vaccinated.

Despite possessing this knowledge, several provinces, including Manitoba, are pushing ahead to eliminate both with a dramatic political flourish.

Stefanson said last week she wants to eliminate all restrictions by March 15. However, while Stefanson and Dr. Brent Roussin, Manitoba’s chief provincial public health officer, cited epidemiological data and modelling to justify the decision, they would not release any of that data to the public.

Stefanson repeatedly said she was seeking a “new normal.” This is an evolution of sorts in the language used by the first minister, who previously talked repeatedly about “learning to live with the virus.”

Is abandoning vaccine mandates and indoor masks how most Manitobans want to “learn to live?”

There is evidence to suggest she is profoundly misreading the room. Public opinion polls suggest a strong majority want restrictions to be left in place or removed at a slower pace.

Bars and restaurants, for example, are desperate to end capacity limits in their establishments. However, that does not necessarily mean they want to ditch vaccine passports and masks.

A recent survey conducted by the Manitoba Restaurant & Foodservices Association revealed more than one-third of establishments were going to continue asking for proof of vaccination — even if the province ended the legal requirement. Not more patrons, more vaccinated patrons.

A recent survey conducted by the Manitoba Restaurant & Foodservices Association revealed more than one-third of establishments were going to continue asking for proof of vaccination– even if the province ended the legal requirement.

Learning to live with a constant, existential threat must include vaccine and mask mandates. Ending them now will not only fail to jump-start the economy, it will invite disaster.

Stefanson’s “new normal” is not only unlikely to produce the economic benefits she has predicted, it is radically different from the new normal Manitobans really want. 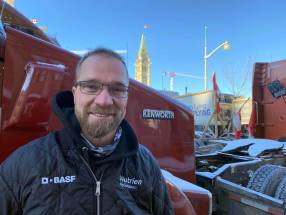 Manitoba transport firm's owners have no truck with agitators 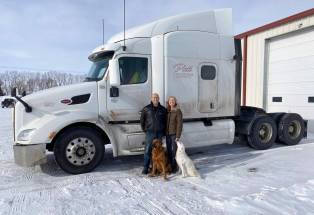 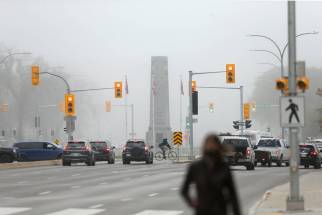 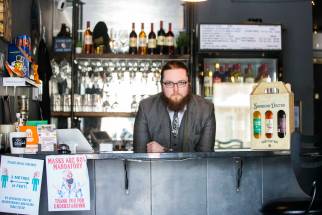 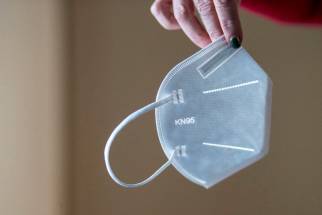 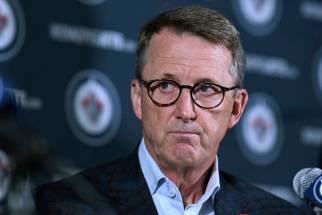 Use of force unevenly applied in prisons 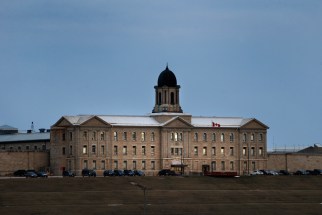