When bombs began to fall on his home country of Ukraine on Wednesday night, Rev. Ihor Shved opened his North End church for midnight prayers.

When bombs began to fall on his home country of Ukraine on Wednesday night, Rev. Ihor Shved opened his North End church for midnight prayers.

“The whole nation is my family now (and) everyone who is wounded or killed is in my heart,” said the Ukrainian-born Shved, priest of Sts. Vladimir and Olga Ukrainian Catholic Metropolitan Cathedral.

“I just had two thoughts: to go online and see what was going on, and to go to the church and pray,” Shved said.

The McGregor Street cathedral was open for prayers again Thursday, with different people praying every 30 minutes. The vigil was livestreamed on the cathedral’s Facebook page for Winnipeggers who didn’t want to brave the cold, said Shved, who said some of his family members in Ukraine had tuned in.

The cathedral scheduled a prayer service for 7 p.m. and the vigil might extend to Friday, said Shved.

“For us, it’s important to be with God and to calm down because people are full of fears,” said Shved of the reason to pray together at the cathedral.

“I’m also praying for the Russian people to just show up and say they are against the war.” – Rev. Ihor Shved

“I’m also praying for the Russian people to just show up and say they are against the war.”

On Thursday afternoon, he led a group of three in prayer, speaking Ukrainian in low tones, facing the ornate Byzantine altar of gold as light shone through the stained-glass windows adorned with saints. Eventually, a parishioner took his place, singing toward the altar.

Along with offering prayers for peace, Rev. Shved hopes to organize support for Winnipeggers who recently immigrated from Ukraine, offering them a place to meet, a listening ear, and whatever else they might need to cope with the news from their former home.

“We can support each other by being together,” he said.

“People spent the night praying and trying to understand what’s happening and hoping for the best, that things might turn out in a good way or in not such a destructive way,” he said.

Last month, Catholics all over the world dedicated a day to pray for peace in Ukraine, prompted by a call from Pope Francis. Rev. Mark Gnutel led two prayers services in Winnipeg on Jan. 26 and planned to participate in another Thursday evening at St. Anne Ukrainian Catholic Church at 35 Marcie St.

Gnutel said the service, also available by livestream, would offer parishioners the opportunity to pray together when they feel powerless about the situation in Ukraine.

“When times like this happen, when I have no control and there’s nothing I can do to change the situation, all I can do is to give it to God.” – Rev. Mark Gnutel

“When times like this happen, when I have no control and there’s nothing I can do to change the situation, all I can do is to give it to God,” said Gnutel.

“To open myself to my own vulnerability and to my own weakness and completely surrender to the Almighty and pray for his mercy and for the atonement of my sins.”

An evening prayer schedule was set for Thursday night at Holy Trinity Ukrainian Orthodox Metropolitan Cathedral on Main Street. Rev. Taras Udod, chancellor of the Ukrainian Orthodox Church in Canada, planned to lead a special service dedicated to St. Michael, considered the leader of saints and angels and the protector of warriors “for God’s holy truth.”

At Saint Basil’s Ukrainian Catholic Church on Harcourt Street mid-day Thursday, Rose Olynyk and her daughter Diana heeded the call to pray for the Ukrainian nation.

They crossed themselves and clasped their hands as they sat in the first pew.

“The people of Ukraine, they need our prayers,” Rose Olynyk said.

In solidarity with Ukraine

“Manitoba is home to thousands of citizens of Ukrainian descent who have watched Russia’s buildup of military forces in the region and repeated threats to the sovereignty of Ukraine. It is unacceptable behaviour, and I thoroughly condemn those actions.”

“It is hard to imagine how difficult watching the news must be for so many Manitobans who have loved ones in Ukraine. I share your concerns, and Manitoba will support the federal government in everything it can to pressure Russia to end its aggression and restore peace in the region.”

“The Russian invasion of Ukraine is an unacceptable and unprovoked act of war which makes Russia an international outlaw. Manitoba is home to many Ukrainian Canadians who endured terrible suffering under totalitarian, undemocratic regimes. Manitoba cannot sit on the sidelines.”

— Manitoba Liberal caucus in a letter to premier

“I’m heartbroken by what we’re seeing right now. My wife’s family is Ukrainian-Canadian and many Winnipeggers have very a deep and personal tie to Ukraine. This act of war that has been initiated by Russia is horrible and should be condemned by Canadians. I think right now it’s important that we stand with Ukrainian-Canadians and those who have connections to Ukraine and we support the efforts of our federal government and G7 to also condemn it as well as NATO.”

“The Ukrainian community in Manitoba is heartbroken today to see their friends, relatives and homeland under siege. Governments at every level must do everything they can to pursue peace and protect the Ukrainian people from Russia’s violent and imperialist invasion. Ukrainian sovereignty and independence must be protected.”

— Mark Wasyliw, NDP MLA and member of the Ukrainian community

“My first thought was with my family and friends who live in Ukraine and the second was that the west failed again. All those sanctions that we saw imposed on Russia, they’ve done nothing. They couldn’t stop Russia from attacking Ukraine. I was horrified when I saw this missile strike at my hometown, which is 1,500 kilometres from Russia.

“The whole world needs to step in now… economic sanctions don’t work. Right now, it looks like Ukraine is left alone to fight but it’s going to be a major consequence to Europe if Ukraine is alone.”

“I wish Ukraine had been a part of NATO years ago.”

As much as we knew this was coming, you always hope for the best possible outcome, that Putin would back off… It’s the nightmare scenario.

I’m getting contacted by my friends, and people who have family over there, and getting first-hand accounts and videos. I barely slept last night watching this play out.

Putin’s a war criminal. His false narrative… of not only demilitarizing Ukraine but rid it of the (people he calls) Nazis, really is worrisome. Is he going to commit a genocide to exterminate patriotic Ukrainians? That is the most troubling thing.

Canada and our allies must do whatever it takes to support Ukraine, and nothing should be off the table. When (U.S. President Joe) Biden came to the microphone and said that the United States will not be fighting against Russia, that essentially was the green-light for Putin to invade, knowing that there was going to be no military consequences from the United States and NATO.

The cost of not supporting Ukraine is just too great. It means that dictators, despots and barbaric thugs like Putin are redrawing unilaterally the lines on a map, against the accepted, international rule of law. This is a pivotal moment in our history. Are we going to be Churchill or are we going to be Chamberlains?

“There is going to be a real concern about refugees and people escaping execution and imprisonment by the Russians. A lot of people are in pretty vulnerable positions like judges, government officials, human rights activists… journalists, lawyers… There is going have to be a lifeline established somehow.”

“This is going be a long haul; there’s not going to be a fix. I don’t think the sanctions will have enough of an impact; they’ll hurt but won’t deter… Do we start moving on Putin and gangs, and charging them with war crimes? Putin has to be a pariah (and that’s) one way of doing that.”

“I was absolutely shocked and devastated, as much as an academic I anticipated that the scenario was likely, seeing it unfold was horrific. I’m still shocked.”

“Russia declared a war not only against Ukraine but also against the rule’s-based international order. At the same time Putin is striking against the global west by threatening to respond with potential nuclear weapons if Ukraine gets assistance.”

“The results of this crisis will have a lot to do with the future of Ukraine and its ability to exist as a sovereign nation but I’m still hopeful the Ukrainian armed forces will defend the country and that eventually this crisis will lead to the collapse of Vladimir Putin’s authoritarian leadership.”

— Yuliia Ivaniuk, co-ordinator of the Centre for Ukrainian Canadian Studies at the University of Manitoba 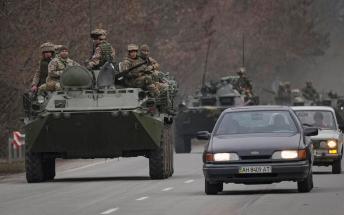 Ukrainians in Winnipeg pray for peace in homeland 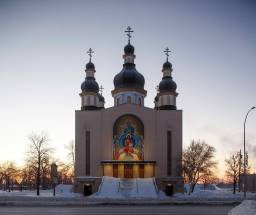 Remembering when, where we were when Putin invaded Ukraine 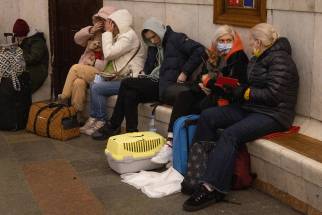 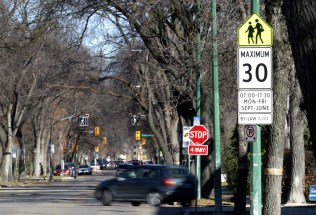 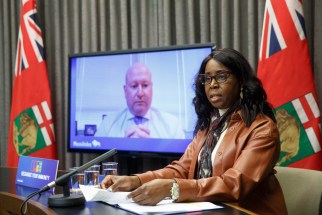 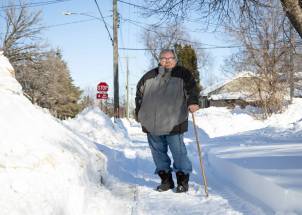 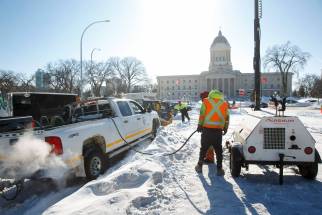 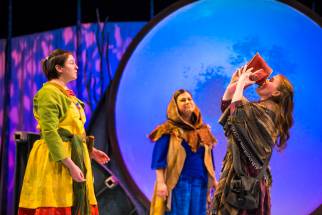 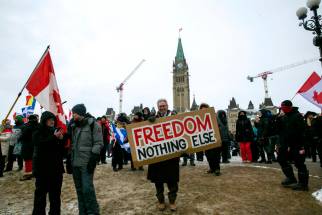 Russia presses invasion to outskirts of Ukrainian capital Me? I was on the couch… you?