Raise your hand if you find it alarming that the Winnipeg Jets, who talk a good game about being in a supposed playoff race, needed interim coach Dave Lowry to read the riot act on Sunday night after the latest in a long list of lacklustre starts, this time against the sad-sack Ottawa Senators.

Raise your hand if you find it alarming that the Winnipeg Jets, who talk a good game about being in a supposed playoff race, needed interim coach Dave Lowry to read the riot act on Sunday night after the latest in a long list of lacklustre starts, this time against the sad-sack Ottawa Senators.

Down in front! Not everyone at once!

“We got yelled at after the first, so it kinda woke everyone up,” veteran forward Paul Stastny told scribes in the nation’s capital following his club’s 4-3 victory that snapped a four-game winless streak. “We’ve needed that for a while, so it was good to have.”

Yikes. The two points aside, it’s just the latest sign that this group as currently constructed simply isn’t ready for prime time. And Lowry, just like Paul Maurice before him, has been unable to find the magic formula needed to motivate this talented but flawed squad. The loyal fans of this franchise deserve better. So, too, does goaltender Connor Hellebuyck, who was the only reason the Jets were still in the game against a rebuilding Senators squad that had just played the night before in New York.

Watching Hellebuyck’s teammates try to defend in front of him often borders between comical and painful. For Exhibit 1,528, please see Brady Tkachuk’s goal early in the third period in which he and Colin White were somehow left all alone in front of Hellebuyck to do as they pleased, with Jets defencemen Brenden Dillon and Dylan DeMelo somehow both losing track of them. Rinse and repeat.

It’s to the point that opposing coaches are openly discussing just how easy it is, as Boston’s Bruce Cassidy did following a 4-2 victory at Canada Life Centre last month.

“We had talked about getting to the interior against Winnipeg,” Cassidy said of the recipe for success. “They have some smaller D, a couple big ones, but some smaller ones, and statistically they don’t defend the slot that well for whatever reason. So get inside there.”

Figuring out that “for whatever reason” needs to be priority No. 1. Because if you can’t defend in the NHL, you have little to no chance. And a Winnipeg team that is spending to the salary cap ceiling, with Kyle Connor among the game’s elite scorers and Mark Scheifele, Pierre-Luc Dubois and Nikolaj Ehlers all potentially joining him in the 30-plus goal club, is going to continue to spin its wheels.

“They have some smaller D, a couple big ones, but some smaller ones, and statistically they don’t defend the slot that well for whatever reason. So get inside there.” – Boston Bruin Coach Bruce Cassidy

Consider this: The Jets are one of 18 teams averaging at least three goals per game this year. Fifteen of those teams are comfortably in a playoff spot, with only Winnipeg, Columbus and New Jersey on the outside looking in. And, in defence of both the Blue Jackets and Devils, they are both in major re-building mode and among the youngest clubs in the league. The Jets, quite frankly, were supposed to be better than this.

Put me in the camp of folks who thought these long-standing issues in their own end — which reached a crisis point following the departures of Dustin Byfuglien, Toby Enstrom, Jacob Trouba, Ben Chiarot, Tyler Myers and Dmitry Kulikov — would become a thing of the past when general manager Kevin Cheveldayoff brought in Dillon and Nate Schmidt last summer, essentially to replace Tucker Poolman and Derek Forbort in the top-four.

Swing and a miss, it appears. The blue-line now has a much bigger budget, for sure. But it’s hard to argue it’s any better.

Schmidt and Dillon combine to make US $9.85 million for not only this season, but the next two as well. (Forbort and Poolman are making US $5.5 million between them in Boston and Vancouver). Meanwhile, the Jets were unable to lock up their best two-way forward in Andrew Copp because of the ensuing financial crunch, then had to ship the pending unrestricted free agent off to the Big Apple at the trade deadline to at least try to salvage something for what was going to be a vanishing asset.

Copp, by the way, has 11 points (four goals, seven assists) in 10 games with the Rangers, who have gone 7-2-1 since acquiring him for a pair of second-round draft picks and young forward Morgan Barron, who has no points in five games with the Jets. His presence is sorely missed around here, especially on a top-heavy team that needs more depth scoring.

Which brings us to a potential solution.

One bright spot in this underwhelming campaign has been getting a look at some of the club’s young defensive prospects. Dylan Samberg had a terrific outing against the Senators and continues to show he belongs at this level full-time. Ville Heinola, currently back down with the Manitoba Moose, has impressed when given a chance. Same with Johnathan Kovacevic and Declan Chisholm, who are both on the farm after making their big-league debuts earlier in the year. Leon Gawanke, who leads all Moose rearguards in scoring, is worth a long look, too.

Cheveldayoff must seriously consider moving one or two of his veteran core pieces to not only make room for some of the younger (and much cheaper) players who are ripening on the vine, but also change the dynamic of how his roster looks and how his team plays.

Those fab five will play huge roles starting next month for a Moose team that could make some noise in the AHL post-season. But they’ve also proven the future of the blue-line is bright, to the point that Cheveldayoff must seriously consider moving one or two of his veteran core pieces to not only make room for some of the younger (and much cheaper) players who are ripening on the vine, but also change the dynamic of how his roster looks and how his team plays.

At this point, Josh Morrissey should be the only full-time defenceman considered untouchable. The alternate captain is leading on and off the ice, playing some of the best hockey of his career after a couple tough seasons. He’s signed here long-term, and is a major piece to build around. But exploring what you could fetch on the trade market for any one of Dillon, Schmidt, DeMelo and Neal Pionk — who is struggling mightily this year — should absolutely be on the table, especially for an organization that traditionally has trouble attracting lucrative free agents.

Shed a big salary or two. Get a return that helps you in other much-needed areas. Open up room for your deserving prospects. That’s a potential win-win-win right there, in a season where there haven’t been nearly enough of them.

It’s imperative that Cheveldayoff and company get this right. Otherwise, expect plenty of more yelling in this team’s future. From whoever is behind the bench. And from frustrated fans, too. Hopefully it won’t be into the abyss. 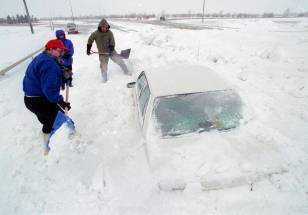 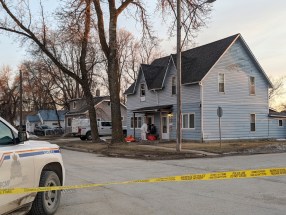 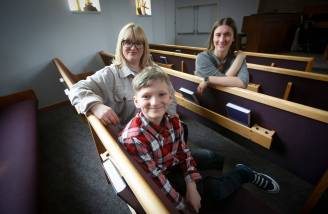 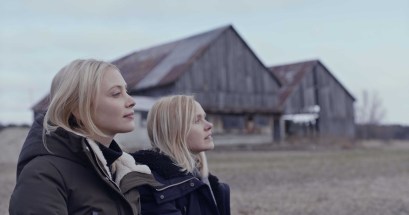 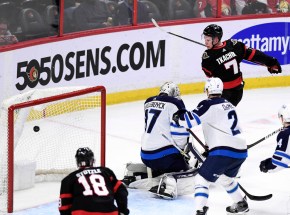 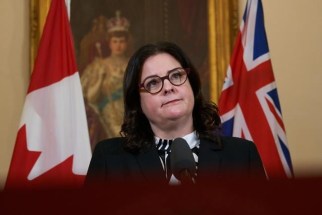 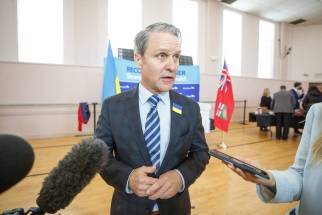