“I do see this, actually, as calming the waters,” said the premier trying to navigate turbulent COVID-19 pandemic times, amid economic and health-care crises, as support for the PC party flounders in the polls.

“What we want to do is make sure that we’re making life more affordable for Manitobans, while at the same time ensuring that we’re making those significant investments to reduce and tackle those backlogs when it comes to surgical and diagnostic procedures,” Stefanson told reporters.

The 2022-23 budget — “Recover Together: Strengthen, Invest, Build” — expects a major boost in Manitoba’s fortunes, fuelled by a post-pandemic economic recovery.

“It is the product of engagement with 51,000 Manitobans,” Finance Minister Cameron Friesen told reporters.

Cheers and jeers for Manitoba budget

A provincial government survey shows health care is the top concern of 98 per cent of Manitobans: “We listened to them. This is our plan to recover together.”

The province says it will spend $7.2 billion on health care, a modest increase over last year, with a $630-million contingency fund for ongoing COVID-19 response and $110 million targeted to reduce the diagnostic and surgical backlog that has grown exponentially during the pandemic.

The budget does not set a target date for clearing wait lists.

“But at the end of the day, the things that I’m thinking about are the patient that I saw two nights ago in the ER that waited 11 hours, the approaching 10 per cent of our population that’s waiting for surgical and diagnostic testing — I’m thinking about my patients,” Thompson said.

“We need to work together, we need to rebuild together, and that means having physicians at the table.”

The 2022-23 budget projects a healthier economy, with revenues up 8.5 per cent — a $1.5-billion increase over last year. Federal transfers account for $610 million of that, a 10.8 per cent increase from Budget 2021, thanks to a rise in equalization payments and other federal/provincial agreements.

Economic growth in Manitoba is expected to be 3.6 per cent for 2022 — middle of the pack among Canadian provinces — and 2.8 per cent in 2023. The unemployment rate is expected to hover around five per cent.

Overall provincial spending is expected to increase $466 million — 2.4 per cent more than 2021-22 — less than the rate of inflation.

Inflation was at 5.5 per cent in Manitoba in January, slightly higher than the Canadian average, and is expected to remain above the Bank of Canada target of one to three per cent until the middle of the year.

The deficit, meanwhile, is expected to fall to $548 million from $1.6 billion projected in last year’s budget. The actual deficit for 2021-22 was $1.4 billion, Friesen said Tuesday.

“We’re on schedule to return Manitoba’s books to balance in the next seven years,” the finance minister said.

The ratio of debt to gross domestic product — another measure of the province’s economic health — is expected to drop to 36 per cent from close to 40 per cent.

It does better than make good on Pallister’s Budget 2020 “$2,020 tax rollback guarantee.” The average Manitoban is expected to pay $2,400 less in taxes than they paid under the previous NDP government (the Tories formed government in 2016), the new budget says.

The PC government is going ahead with Pallister’s plan to phase out education property taxes, but taking longer to do it.

Lower-income renters who felt left behind in last year’s budget are getting some help, as well.

The $525 renters tax credit will now be available to more people. Manitobans in social housing whose rent is geared to income and those enrolled in the Rent Assist program who are not on social assistance will now qualify for the credit.

According to the budget documents, 45,000 households will qualify for up to $24 million in new renters credits starting this year.

“We’re still in very difficult times but we think we can walk and chew gum at the same time.” – Premier Heather Stefanson

On Tuesday, Stefanson defended cutting taxes while Manitoba is still expecting a hefty deficit of $548 million.

“We’re still in very difficult times but we think we can walk and chew gum at the same time,” the premier said.

“We can make those significant investments in health care to tackle those surgical and diagnostic backlogs, as well as providing money to put back into the pockets of Manitobans.”

However, Manitobans looking for reasons to be optimistic won’t find them in this budget, said NDP Leader Wab Kinew.

“What we’re seeing under premier Stefanson is a continuation of Brian Pallister’s plan,” he told reporters. Promises to increase funding in health care and education haven’t been met, he said.

“The PCs continuously under-spend,” Kinew said. “They make the big announcement but, when it comes time to put in the work, that’s where they fall short.”

Liberal Leader Dougald Lamont called the budget a “rerun,” saying he found in it hundreds of millions of dollars for projects — including new schools and hospitals — that have already been announced.

“This is really budget designed to give PC MLAs and the premier as many ribbons to cut as possible between now and the next election (expected in 2023),” Lamont said in a scrum.

However, new hospitals are being built or expanded while there isn’t enough people to staff them, the Liberal leader said.

New schools are being built but there needs to be more investments in the existing ones and the people who work and attend them, he added. “That’s not happening to an adequate degree.” 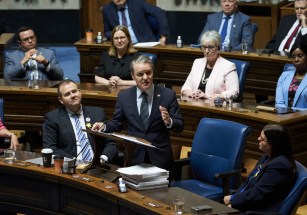 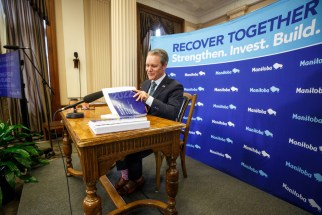 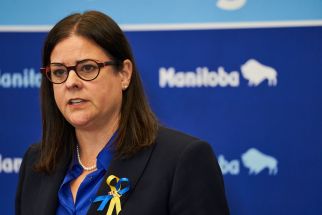 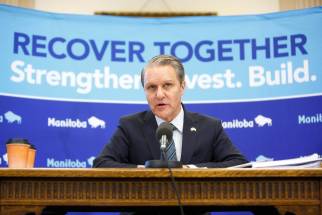 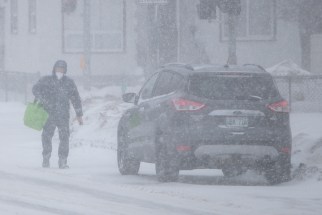 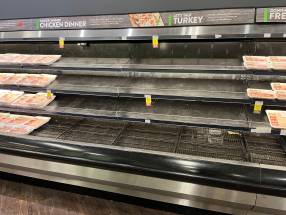 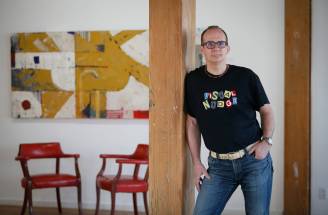 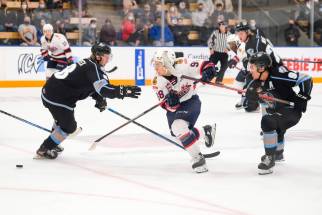 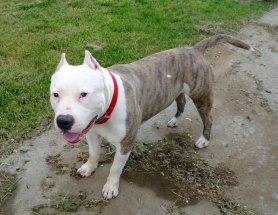