Forecasters are saying with certainty another Colorado low will hit southern Manitoba this weekend, putting flood-hit municipalities — including four already in local states of emergency — on high alert.

Forecasters are saying with certainty another Colorado low will hit southern Manitoba this weekend, putting flood-hit municipalities — including four already in local states of emergency — on high alert.

The third such event in as many weeks is set to arrive Friday and linger through Sunday, with the bulk of the rain falling Saturday, said Natalie Hasell, warning preparedness meteorologist with Environment and Climate Change Canada.

“There is agreement to the point where, yes, a Colorado low is coming, but exactly what it will mean for southern Manitoba is unclear,” she said Wednesday. “I hope people are prepared for another uncomfortable weekend.”

It could remain entirely in the United States, but the highest likelihood is communities near the international border will receive the largest amount of precipitation, according to a special weather statement issued by Environment Canada.

Most of it will fall as rain, with 20 to 50 millimetres possible in some areas. There is a chance of snow over higher terrain in the province’s southwestern corner, said Hasell.

Other risks include thunderstorms, freezing rain and 60 km/h wind gusts

Hasell said the storm isn’t expected to bring as much rain as last weekend’s Colorado low, which led to overland flooding that inundated basements and washed over roads.

However, it has the potential to renew flooding, while rivers such as the Red and Assiniboine continue to rise.

“It will still be a difficult storm,” said Hasell. “The cumulative effect of having storm after storm will rear its ugly head.”

An Alberta low that moved into the province Wednesday will bring a chance of showers Thursday, but Environment Canada expects any amount to be minimal.

Manitoba Hydro said about 330 customers in the Dauphin area were still without power Wednesday, following outages that began Saturday/Sunday, as the previous Colorado low hit.

South of Winnipeg, communities are preparing for the Red River to spill its banks amid a flood warning between Emerson and the floodway inlet.

The same could happen soon on the Assiniboine in western Manitoba, where there is a flood warning between St. Lazare and Brandon.

An overland flood warning is in place for parts of southern Manitoba.

Transportation and Infrastructure Minister Doyle Piwniuk said the rural municipalities of Cartier, Headingley, Morris and Ritchot have declared local states of emergency to respond to any major flooding.

Piwniuk told the legislature there were “small scale” evacuations in the Morris area and O-Chi-Chak-Ko-Sipi First Nation in central Manitoba.

Ralph Groening, reeve of Morris, said one family chose to leave their home after losing road access to floodwater.

Groening said the latest plan calls for Highway 75 to close at the north dike Friday to protect the town from the Red.

St. Adolphe’s ring dike has been closed, while partial dike closures in Brunkild and Gretna are ongoing, said Piwniuk.

A dike closure in St. Jean Baptiste does not affect traffic, the province said.

Ritchot Mayor Chris Ewen said a local emergency was declared to put the municipality in a state of readiness in case it has to evacuate homes, close submerged roads or cut through roads to get floodwater moving.

“It’s still nothing to panic about, but we want our residents to be safe,” said Ewen.

He said Ritchot residents know what to expect during spring flood season, and a local state of emergency is not uncommon when the Red rises.

The Red is expected begin its second crest in Manitoba the first week of May.

Communities are protected from the projected peak. Ring dikes and most individual flood protections are at 1997-plus-two-feet (61 centimetres) levels.

The Red River Floodway, Portage Diversion and Shellmouth Dam are all operating to lower levels on the Red and Assiniboine.

Staff in the RM of Stanley continued work to lower water levels Wednesday. After last weekend’s storm, there were up to 200 places where water was over the road, said Reeve Morris Olafson.

“The battle is almost over for now. If we get another two inches of rain, it has the potential to bring it back to the level it was before,” he said. 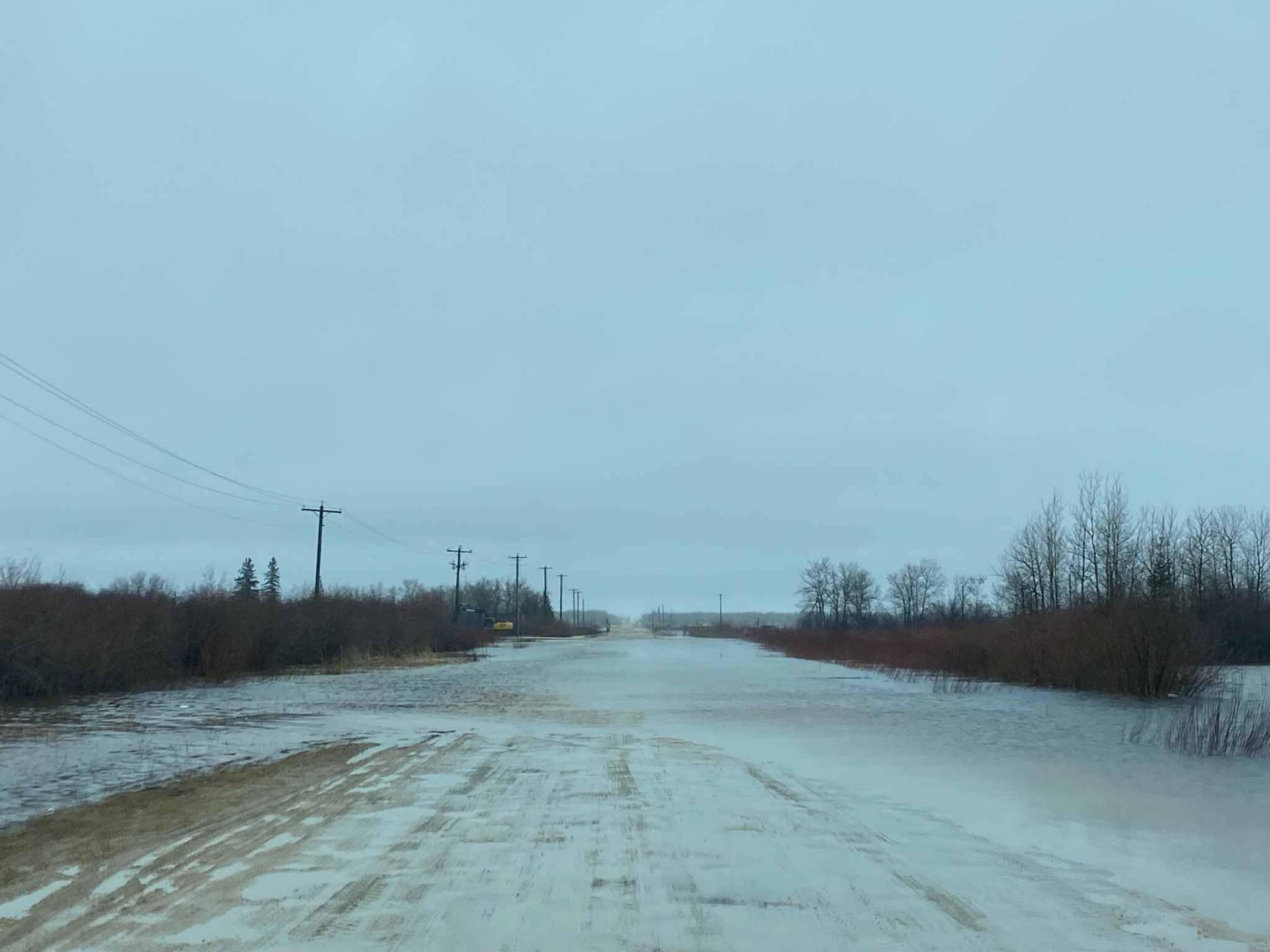 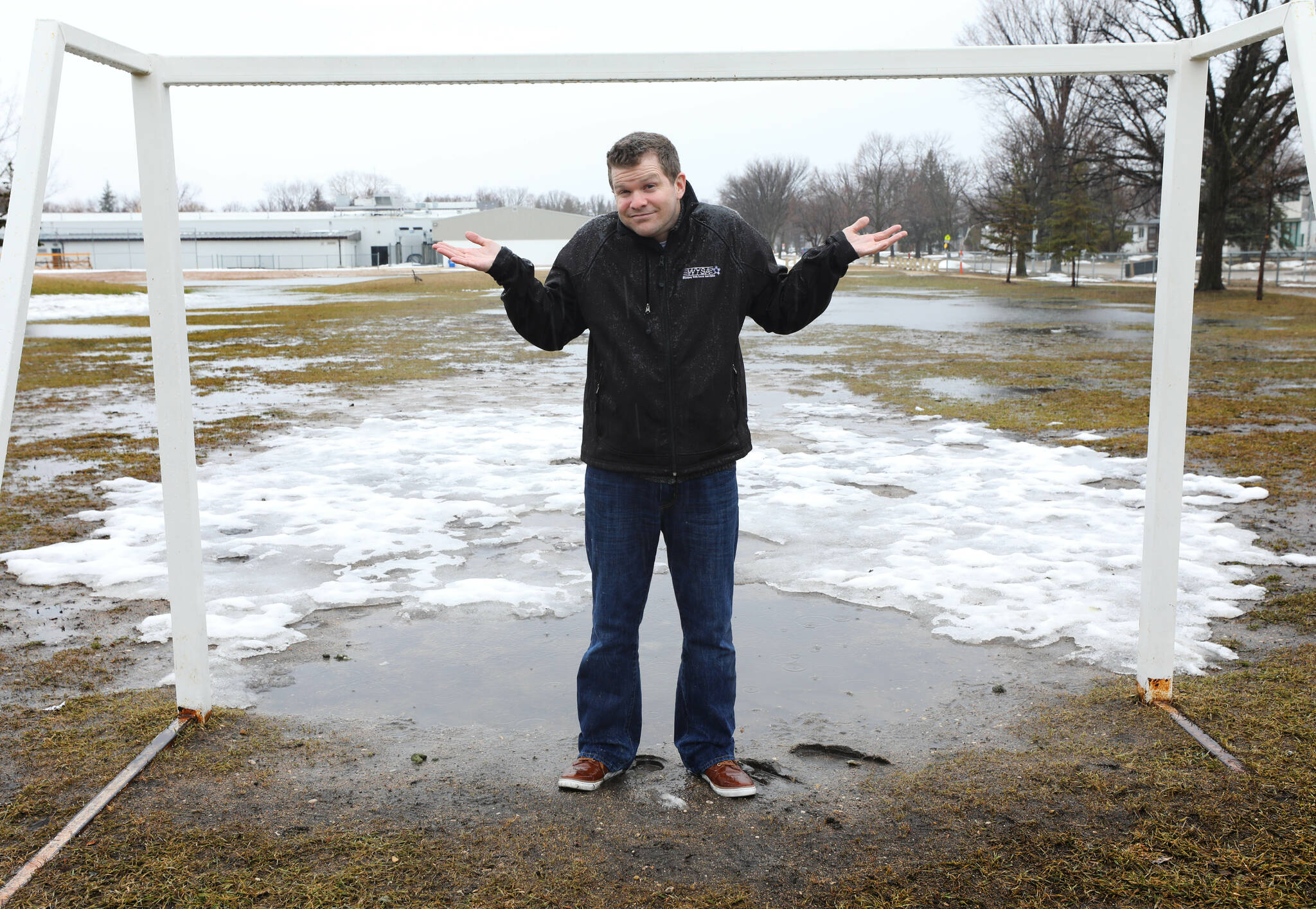 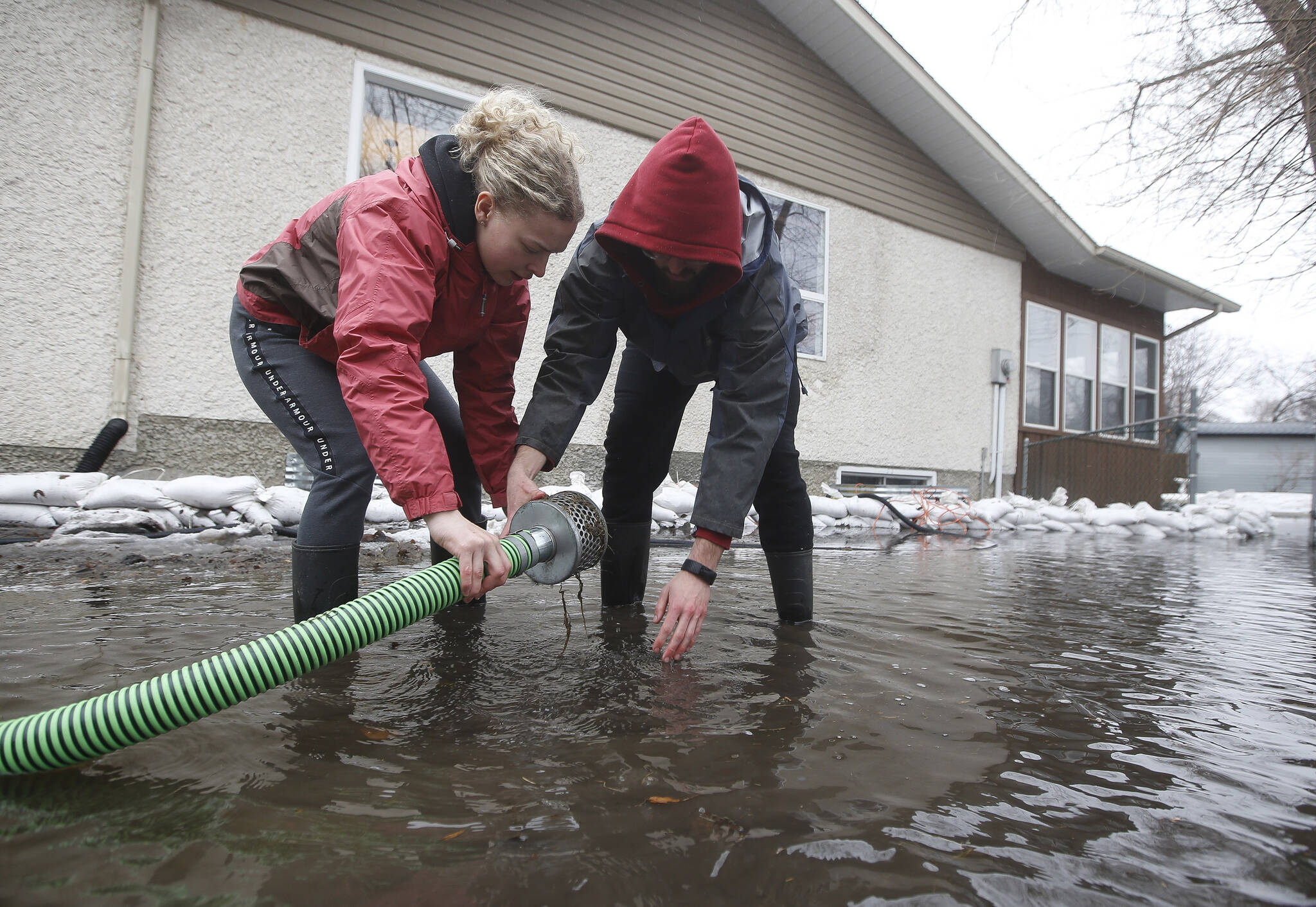 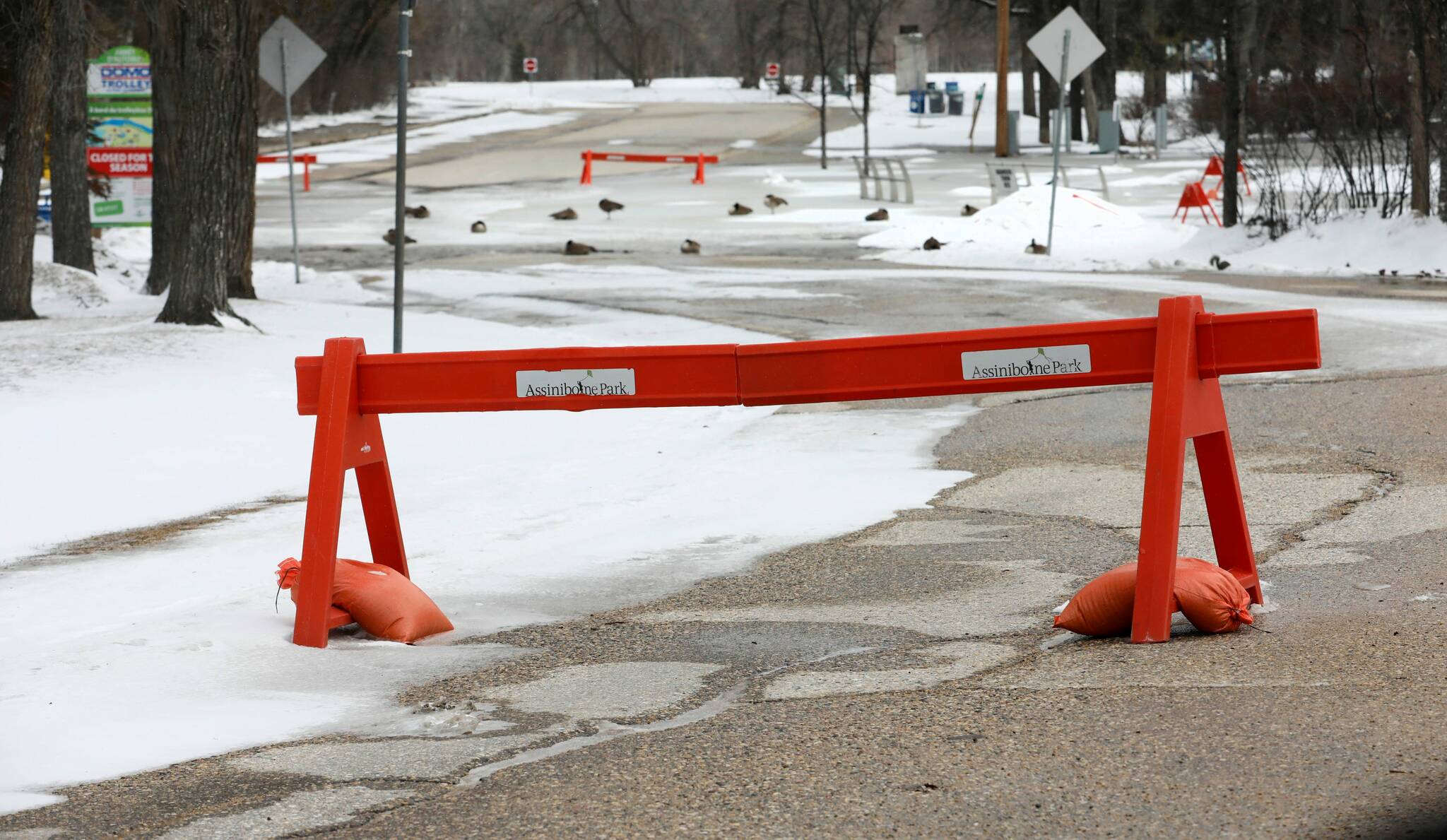 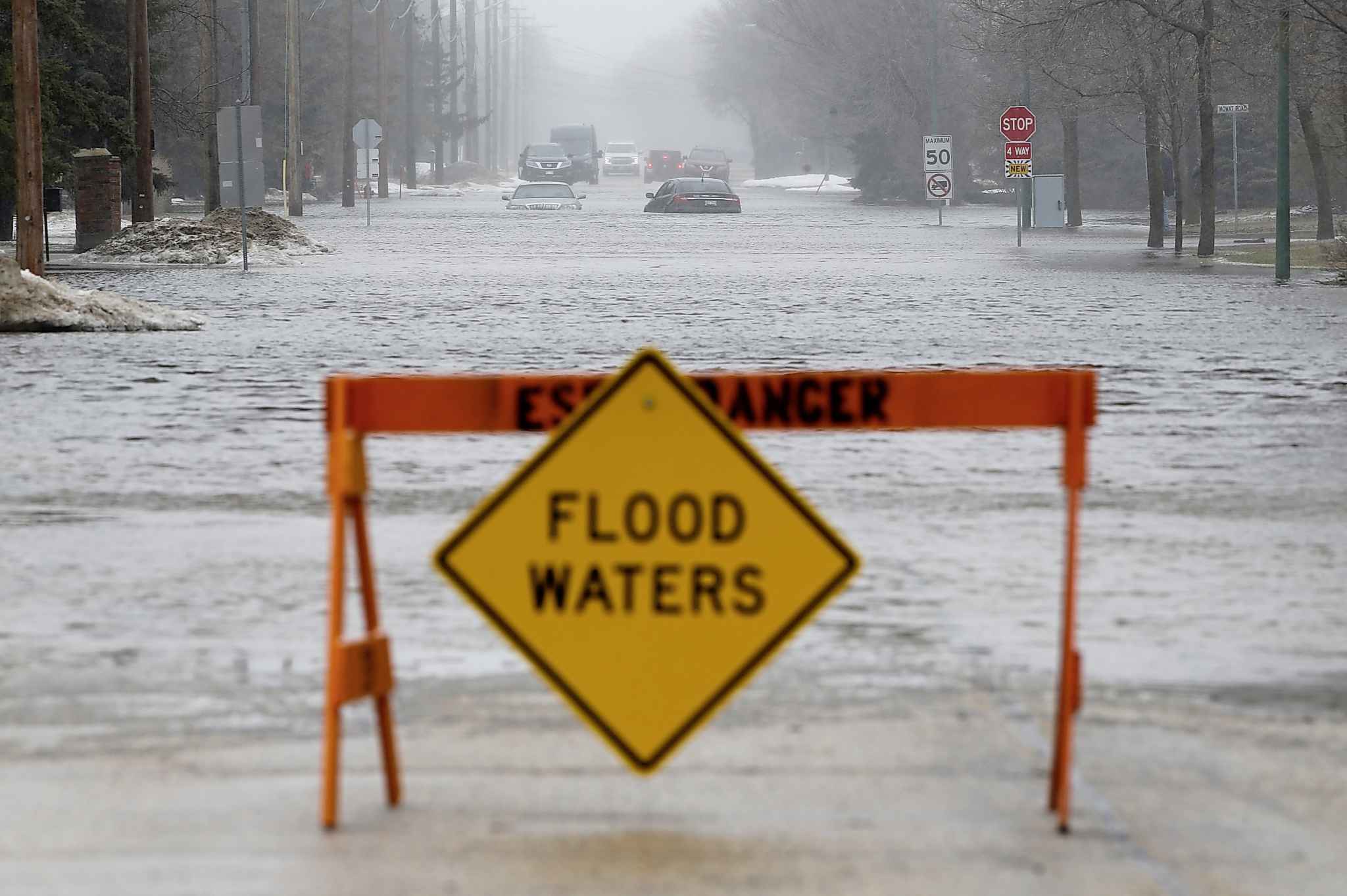 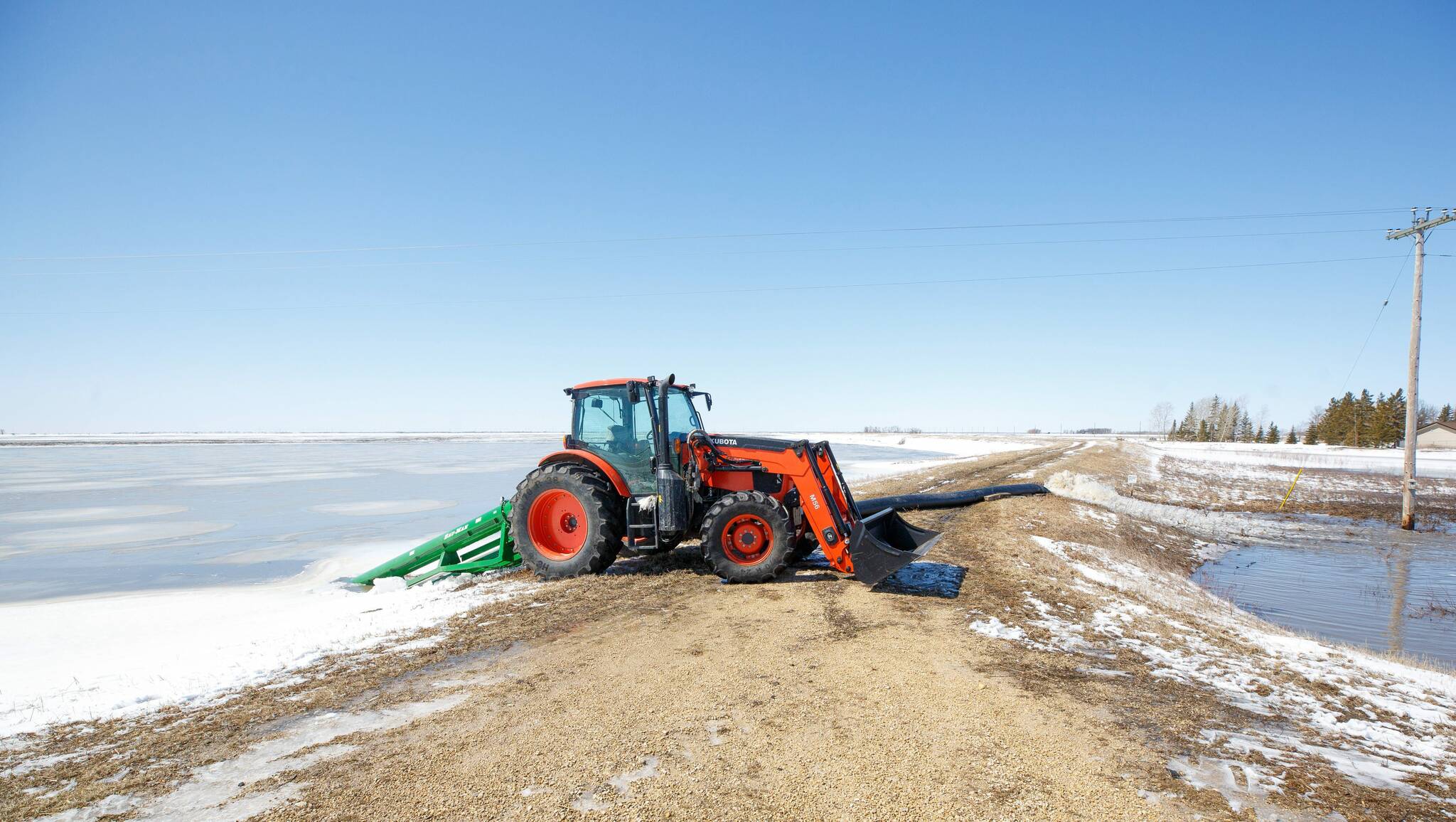 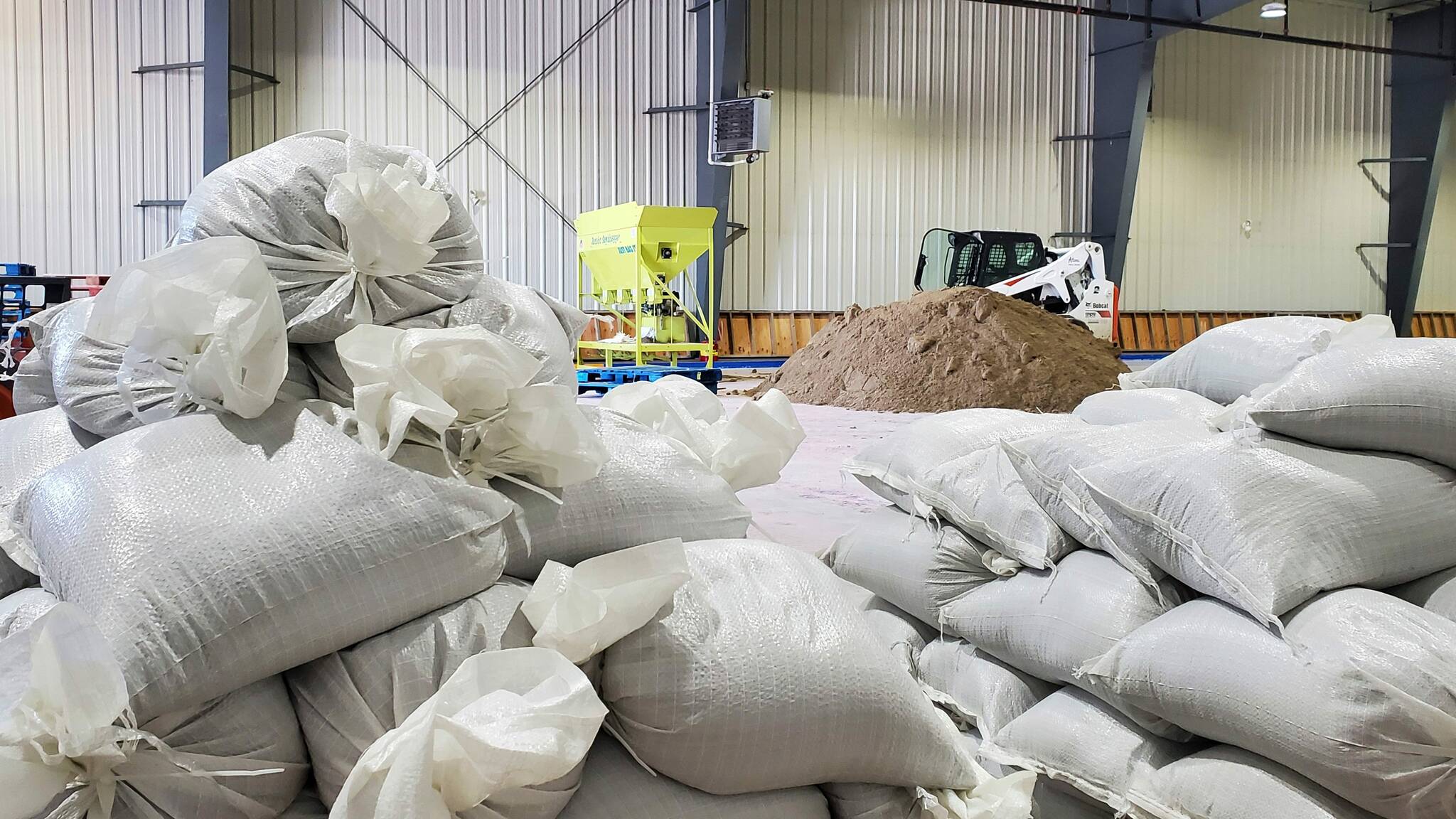