The provincial government has put a new person in charge of tackling Manitoba’s massive diagnostic and surgical backlog, five months after its task force was unveiled, without explaining why.

The provincial government has put a new person in charge of tackling Manitoba’s massive diagnostic and surgical backlog, five months after its task force was unveiled, without explaining why.

David Matear was named as executive director of the government-appointed task force Thursday.

The former chief executive officer of the Interlake-Eastern Regional Health Authority, who was co-lead of the province’s pandemic health system incident command since January, takes over from Matthew Lister.

“The foundational work has been done well,” Matear said during a late afternoon news conference.

“Now is the time to take that forward, to build on that foundational work and make significant progress on reducing the backlogs.”

Matear said his job will primarily be project management. His focus will be on propelling work put in motion by the task force, adequately resource the task force so it can bring programs to fruition and to make “measurable progress” towards clearing the backlog.

“This absolutely is very complex and very challenging, but I think we’ve got the right people in place in the task force,” Matear said. “We’re building and putting more resources into the project team side to make sure we have the horsepower to move this forward.”

Doctors Manitoba spokesman Keir Johnson said the backlog of surgeries, procedures and tests tracked by the association has continued to grow in the past month, though at a slower rate. It plans to update its backlog estimate on Friday.

As of late March, the backlog included nearly 168,000 cases. Doctors Manitoba has been tracking the backlog since June 2021 in the absence of regular government reporting. At that time, the backlog was estimated to include 39,000 surgical cases and 76,000 diagnostic cases.

“Doctors Manitoba supports the addition of anyone to the task force who can help them cut through the normal government red tape and mobilize the resources they need to get patients the tests and surgeries for which they are waiting,” Johnson said.

“This absolutely is very complex and very challenging, but I think we’ve got the right people in place in the task force.” – Dr. David Matear

Health Minister Audrey Gordon did not take questions from reporters on Thursday.

“The pace of change on this has been glacial on something that’s really incredibly urgent,” he said. “We can only hope that things improve under new leadership.”

NDP health critic Uzoma Asagwara said the province needs to set a date by which all delayed surgeries and procedures will be delivered.

“Manitobans have been waiting eagerly for a target date, an end date and this government continues to fail to deliver on that,” Asagwara said.

Asagwara commended Matear for taking on the massive task of addressing the backlog, but argued the change Manitobans want to see won’t be achieved under the Progressive Conservative government.

As of this week, only a handful of surgical staff remain redeployed to respond to COVID-19 demands while surgical volumes are nearing pre-pandemic levels, Matear said.

Matear said as surgeries return to pre-pandemic levels, the growth of the backlog will slow down, stabilize, and at that point task force initiatives are expected to have a significant impact on reducing the backlog.

“In terms of slowing it down to zero (growth), it would be ensuring that we’re totally, 100 per cent pre-pandemic functionality… and that we’re also at a point where we’re not, as was the case before the pandemic, allowing a backlog to increase even without the influence of the pandemic,” Matear said.

Timelines to clear the backlog for various operations and procedures could be generated as the task force explores more opportunities to increase capacity, Matear said.

Lamont said the province’s own statistics on wait times for diagnostic imaging show the situation is worsening.

According to the province, the wait list for ultrasounds increased by 228 cases between February and April and another 472 people were added to the wait-list for MRIs in the same time period. However, in the task force’s latest update the province also boasted improvements of 7.3 per cent and 14.5 per cent between January and February for the two imaging tests.

“This is not an honest representation,” Lamont said.

According to the province, to date 15 Manitobans have received spinal surgery at Sanford Health in Fargo, N.D.; additional therapists will be in place at the Spine Assessment Clinic by the fall; and fecal immunochemical testing is now an option to reduce demand for colonoscopies.

The province plans to deliver up to 5,500 procedures within the first six months of the fiscal year through private, and third-party clinics.

Surgeon reflects on impact of pandemic 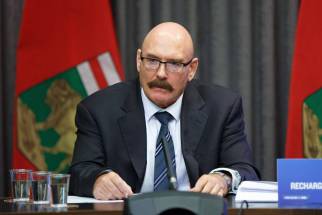 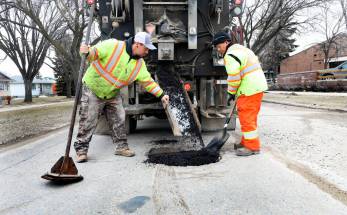 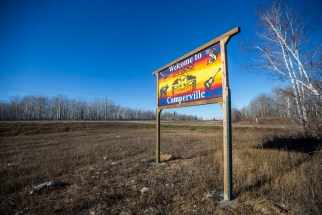 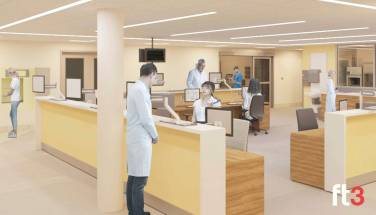 Hungry? Winnipeg couple -- and thousands of Facebook followers -- know a great place to grab a bite outside the Perimeter 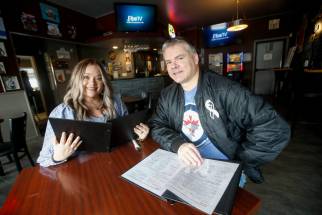 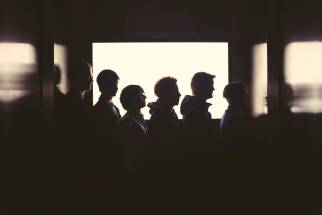 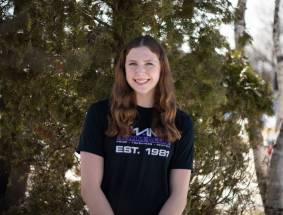 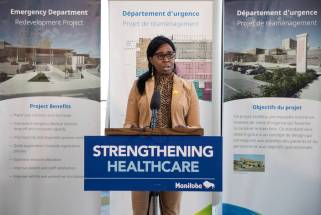