The Red River Valley is bracing for what could be its highest spring flood volume since 1997, with dozens of rural Manitoba homes already evacuated and communities on alert.

The Red River Valley is bracing for what could be its highest spring flood volume since 1997, with dozens of rural Manitoba homes already evacuated and communities on alert.

Provincial officials aren’t panicking because, they say, communities and properties in the flood zone are protected from the projected peak thanks to upgrades since the “flood of the century” 25 years ago.

Fisaha Unduche, executive director of hydrologic forecasting and water management, said this weekend’s Colorado low could dump between 30 and 80 millimetres of precipitation in southern and central Manitoba, and higher amounts in the U.S. portion of the Red River basin.

That could propel the Red’s peak flows past those of the major flood in 2009, which were the highest since 1997, he said at a news conference Friday.

Unduche said peak levels on the Red are expected in Emerson around May 7-9, and they could stay within the valley until May 14.

The province announced Friday night it had closed Highway 75 on the north side of Morris, due to the rising Red. A dike had been constructed on the road, and Hwy. 75 at Provincial Road 205 was open for local traffic only, a news release said.

Earlier in the day, rural residents who stay put had been deemed at risk of being cut off from emergency services if local access roads are under water.

In Montcalm, about 60 kilometres south of Winnipeg, 17 homes on partially-submerged St. Mary’s Road (Provincial Road 246) on the east side of the Red were ordered to evacuate.

Some households were refusing to leave as of Friday, said Reeve Paul Gilmore.

Most of the homes are protected by ring dikes, he said. “I hope they have boats. If not, we will have to make arrangements to get them out if it becomes more severe.”

RCMP spokeswoman Cpl. Julie Courchaine said officers will be doing patrols and checking in with those who’ve stayed behind, “as long as it’s accessible.”

In a news release, the City of Winnipeg said 16 properties could be at risk of river flooding, with one owner advised to build a dike.

“I hope they have boats. If not, we will have to make arrangements to get them out if it becomes more severe.” – Reeve Paul Gilmore

Basement and overland flooding is a risk throughout the capital. About 40,000 sandbags were available at three city yards (1220 Pacific Ave., 1090 Thomas Ave. and 1539 Waverley St.).

Just south of Winnipeg, at least 14 homes have been evacuated in Ritchot. The figure could climb to between 50 and 60 this weekend, said Mayor Chris Ewen.

“It’s just a matter of being on standby, in case we see the precipitation that is anticipated,” he said. “We’re all hoping for good weather. Mother Nature has been slamming us with Colorado lows.”

In Altona, a Tiger Dam — large portable tubes filled with water to act as a flood barrier — has been set up in a vulnerable area of the town, about 100 kilometres southwest of Winnipeg.

“We are as prepared as we can be,” said Mayor Al Friesen. “Our hope would be that three inches don’t fall like last (weekend).”

The province has issued a mix of flood warnings and watches, while Environment Canada has put out rainfall warnings for central and southern Manitoba, and snowfall warnings for some areas of the North.

“We’re anticipating a worsening of the overland flood situation,” she said.

The province is using the Red River Floodway and Portage Diversion to reduce water levels in Winnipeg. Unduche said the level at James Avenue could climb as high as 20 ft., a lower mark than 2009.

Retired Environment Canada meteorologist Rob Paola said an additional 25 mm of rain this weekend would make it the second-wettest April on record in Winnipeg, and the wettest in more than 100 years.

The total as of Friday was 73 mm of precipitation (rain and melted snow) at Winnipeg’s airport, he tweeted.

Piwniuk said it’s too soon to say how long the closure of Highway 75 could last. The province is monitoring water levels on the south side of Morris, in case it has to close that section of the major trade route.

The north closure creates a four-kilometre detour for drivers, including trucks hauling goods between Manitoba and the United States.

If the south section closes, a detour of 165 km will add up to $300 per truck journey, with a ripple effect for consumers, said Aaron Dolyniuk, executive director of the Manitoba Trucking Association.

“Initially, drivers and companies bear that cost. Longer term, it gets passed on to you and I,” said Dolyniuk. “We hope there is not as much rain as forecast and the impact is minimal.”

When the river became a sea: Looking back on 1997's Flood of the Century 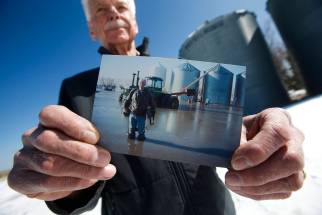 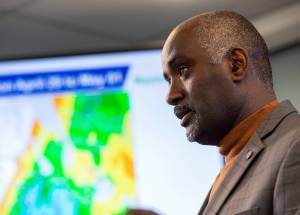 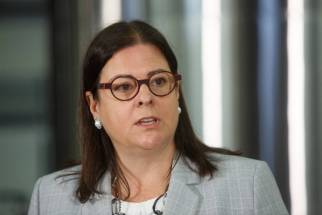 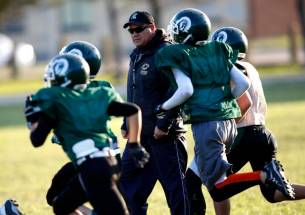 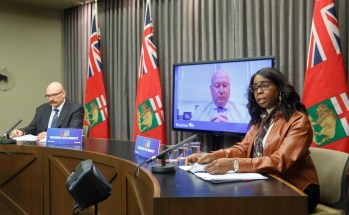 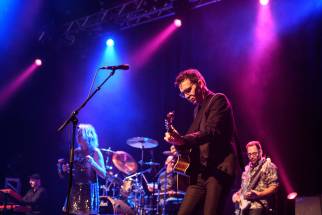 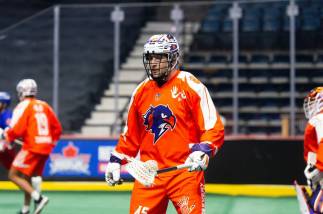 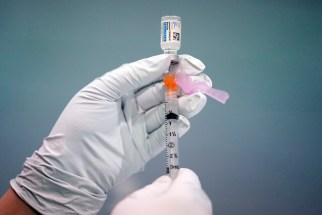