Heather Stefanson says during her six months as premier, she’s been told repeatedly what the No. 1 issue is throughout the province, and it may surprise some after two years of a global pandemic.

Heather Stefanson says during her six months as premier, she’s been told repeatedly what the No. 1 issue is throughout the province, and it may surprise some after two years of a global pandemic.

“It doesn’t matter where you are in Manitoba, the No. 1 issue that came up wasn’t COVID… It was really of shortage of labour (that) people need to run their businesses,” Stefanson said Thursday.

She made the comment at a Manitoba Chambers of Commerce breakfast, which was her second speech to chamber members in Winnipeg since being sworn in as Manitoba’s first female premier on Nov. 2.

“If we’re going to grow our economy, we’ve got to find people for those jobs,” she said after her speech in a Q and A with the chambers’ president and chief executive officer Chuck Davidson.

“That will be an integral part of us moving forward,” she told the business crowd. Expanding the provincial nominee program to attract skilled immigrants and training the workforce for unfilled jobs are part of Manitoba’s strategy, she said.

“We need to be listening to Manitoba businesses: what do they need? Then making sure we’re working with our post- secondary institutions to make sure we’re training people for those jobs,” Stefanson said.

He knows many restaurant owners are struggling because of it. “In the face of a labour shortage, they are curtailing their hours of operation. They don’t have as many cooks. so (they) can’t offer their full menu,” he said.

“We are going through an unprecedented labour and staff shortage, not only in Manitoba but across the country,” said Sachit Mehra, whose family owns the East India Company restaurant downtown.

Manitoba’s unemployment rate dropped 0.3 percentage points to five per cent in the first quarter of this year, which is below the national average of 5.8 per cent.

The federal government’s labour market bulletin said many small businesses in Manitoba went into debt during the pandemic and by March 2022, only 28 per cent of businesses had returned to normal pre-pandemic sales levels.

Businesses in Manitoba are coping with the new challenge of inflation, which has boosted costs and cut their bottom line. Manitoba’s consumer price index increased by 7.4 per cent – the largest year-over-year rise in inflation since 1983, Statistics Canada reported.

“People are feeling it every day,” said the PC premier, whose government has balked at raising the minimum wage higher than the increase scheduled for October, when it will go to $12.35 an hour from $11.95.

Her government increased the education property tax rebate for owners of residential and farm properties. They will receive a 37.5 per cent rebate of the school division special levy. That will increase to 50 per cent in 2023, with a tax credit of up to $525 for renters.

“As long as we can make small steps to make life more affordable, it will help us in the future,” said Stefanson, whose speech was interrupted by applause just once – when she noted the province signed on to the $326-million, federal-provincial child-care agreement to increase the number of spaces by 700 and to reduce fees to as low as $10 a day.

“Economic development and growth is the key to the future of our province,” Stefanson said. “If we can grow our economy, we obviously have more disposable income for the services that Manitobans need, want and deserve: health care, education and social services,” she said.

That’s why the PC government has resurrected a venture capital fund to spur investment in startups, she said.

“Manitobans are wanting to live their lives,” she said. “They’re coming out of the pandemic and they want that hope and opportunity for the future.”

— with file from Malak Abas 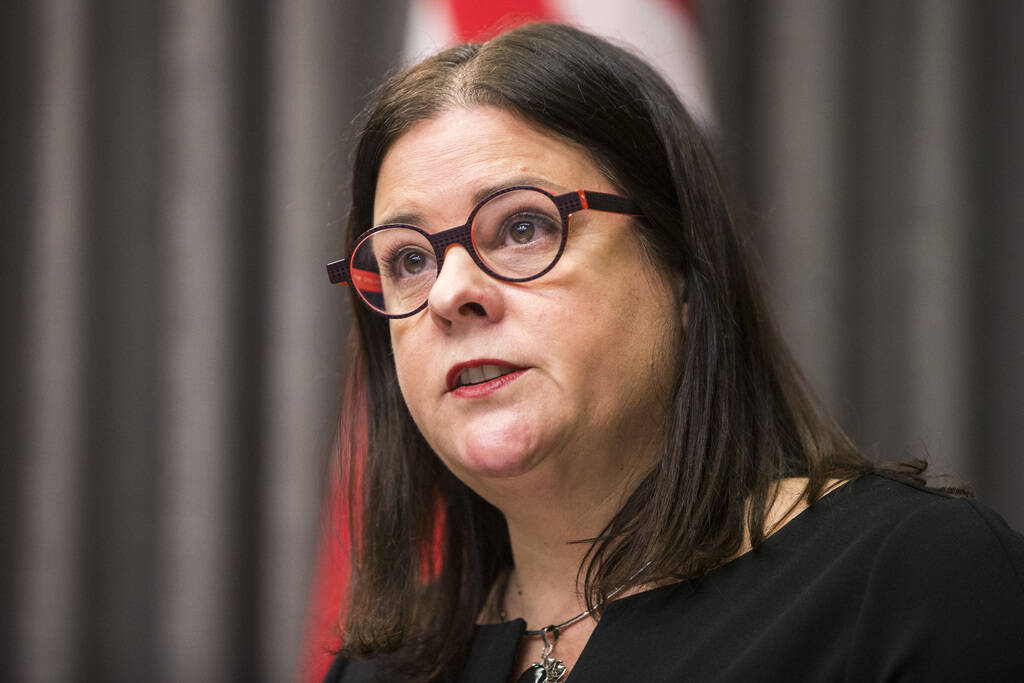