On a park bench in central Lviv, close to a monument to poet Taras Shevchenko and, further up the street, the grand opera house that stands as the city’s most famous attraction, a man sat slouched, as if melted into the slats. The city purred in the crisp spring afternoon, come alive after the morning’s air-raid alerts; the man straightened up eagerly as I passed by.

On a park bench in central Lviv, close to a monument to poet Taras Shevchenko and, further up the street, the grand opera house that stands as the city’s most famous attraction, a man sat slouched, as if melted into the slats. The city purred in the crisp spring afternoon, come alive after the morning’s air-raid alerts; the man straightened up eagerly as I passed by.

It had been nearly a month since I’d heard unsolicited English. Though I wanted to keep walking, I reacted too instinctually to hide that I knew the language, which he noticed. I half-turned and took stock of him, though there wasn’t much to see: he was middle-aged, probably in his late 50s. He wore a thin t-shirt draped over a soft belly, and a forlorn, beseeching face.

His eyes, bleary and partially hidden underneath a ball cap with stitched letters that read “Native Veteran,” grew wide.

“Oh, you really speak English,” he said, with glee, and rose to his feet to come talk to me.

Yes, he said, he was American. He was from a small town in Minnesota, and when he told me the place I swallowed a laugh. We’re neighbours then, I said, and he grew so joyful at this news that he reached out to clasp my hands, examining them as he held them, commenting on the lack of a ring.

“I’ll give you a ring,” he said, and then his face grew sad. “Are you going somewhere? Can you stay and talk to me?”

I had to get to an appointment, I said. But sure, I could take a minute to hear what he was doing in Lviv.

The man squared his shoulders, with pride. He was a fighter, he said. He came to fight. He used to be in the military, though it had been a long time since then. He used to train soldiers. These days he doesn’t work much, he said, because of traumatic brain injuries, but he couldn’t just sit by and watch the war, not when he could come and help.

Wait, I said, pausing him as he unfurled this story. “You’ve had multiple TBIs?”

He nodded. That’s why it took so long to get to Ukraine, he said. He had to save airfare from his meagre disability cheques.

When he arrived in Lviv, he went to a military recruiting office for foreign fighters. They turned him away, which devastated him: so unfair, he said, he’d trained soldiers. He could still help, he had something to offer, why wouldn’t they take him? But he’d “found another way in,” he said: the details were fuzzy to me, but he swore he’d found a way to join the army.

The next day, he said, he’d go onwards to Kyiv. Or maybe the day after that. He wasn’t sure.

He moved close to me, a little too close. I stepped back, but then realized the simple thing that he wanted.

“Can I have a hug?” he said, and tentatively spread his arms. “I’m so lonely here.”

Of all the things said about the war in Ukraine, one of the aspects that remains the most opaque is its peculiar participatory element, the sheer number and diversity of foreigners that flowed towards the country for one reason or another: to fight, to volunteer, to undertake a variety of noble or dodgy personal endeavours on the fringes, or even the middle of, the fighting.

Some came more prepared than others. In the early days of the war, journalists documented a number of brash Americans who, having done a tour in Iraq or Afghanistan, flocked to Ukraine to fight. Some left within days, complaining to reporters about not being able to call in air support; the reality of war is much different when you’re not the dominant force.

All over the region, people came. In Poland, I met (and wrote about) bikers driving vans packed with humanitarian aid, and young American men who had tacked a couple of weeks of volunteering onto their booze-fuelled European vacations. (At least two that I met skipped out after a couple of days, not feeling as “needed” as they had expected.)

In Ukraine, the cast of foreign characters grew even more eclectic. I heard tales of obvious grifters, and of YouTubers who’d taken to sauntering around refugee centres, raising cash that didn’t all seem to make its way to the purported aid. Stories of grizzled western veterans, who told tales of murky veracity about war crimes or being interrogated by the CIA.

One night, in a café by Lviv’s pretty old square, a right-wing blogger from the United States swanned in to hold court over a table of grim-faced bearded American men. He shmoozed with other foreigners, taking their numbers, confidently inviting them to the media events that, he said, he held every few days.

The presence of characters like these was, in its own way, a story. But that story is tricky because, as some journalist friends and I discussed, you can’t always trust what they say. The circumstances make it impossible to verify much of what they tell you, even if only about themselves. In war, it turns out, one of the first casualties is good faith.

That is not to say that there is always reason for suspicion. In Ukraine and in Poland, an uncountable number of dedicated people went to help for honest, well-intentioned reasons. But some of those, perhaps, told a sad story: in the air around some of the people I met was an unanswered question, about what sort of private ache had drawn them towards the fray.

At the park bench in central Lviv, the man from Minnesota who’d come to help fight asked for my number. I hesitated, but he pressed his phone into my hand and asked me to dial. I did, briefly, but not enough to let it ring. He looked down at the phone, then back up at me, and I saw, again, the desperate spark of hope with which he’d begun our conversation.

I should have stayed, to talk more. But experience has made me wary of getting too close to men who, in their loneliness, seek to salve it with the first amenable woman they meet. He wasn’t dangerous — there was no hint of that sort of leering — but one has to have boundaries, so as not to let your time pour into holes that cannot truly be filled.

He’d told me he was part Anishinaabe, so I shook his hand one last time. “Well, miigwech,” I said, and his eyes watered.

Go home, I should have said. Not angrily. With love. What are you doing here, man? Go home, to our home. It’s divided by an imaginary line, but we spring from the same place. Your blood traces a history on that land far longer than mine, but we both know from where we have come. We both know what home means, in this case.

Go home to the snow-flattened grasses and barren trees. Go home to the chill of vacant spring days, and the floods, and the starkness of a land waking up from its winter sleep. Go home, to where a social net has failed you, to where you only have a meagre cheque to survive on, but at least you can find people to talk to who share the same tongue. And a hug.

It’s not right if that home has left you feeling you’re not needed where you are. That’s what I should have said. But if that’s what is missing, then that should be the fight, to ensure that everyone who lives on these lands has a life that is rooted with meaning. What you’re looking for, what you’re missing, you won’t find it in Ukraine. 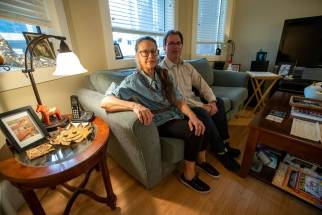 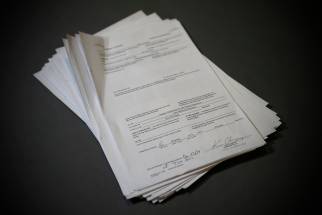 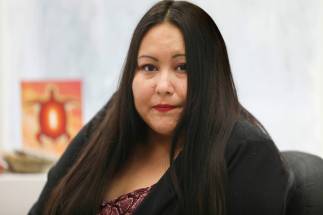 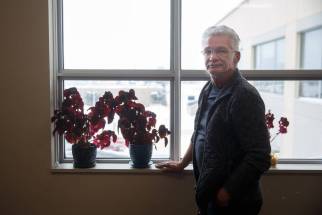 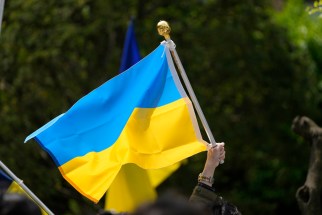 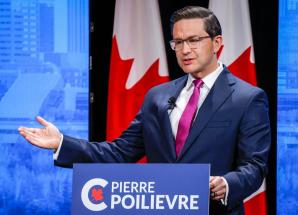 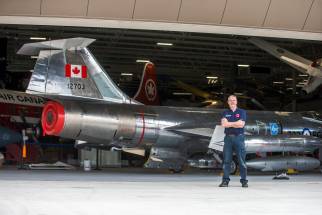 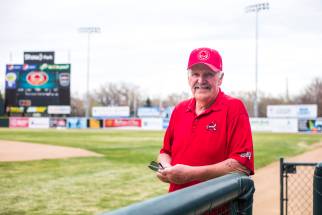 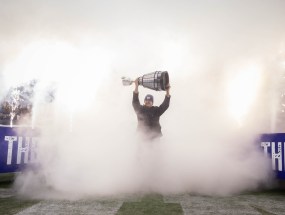 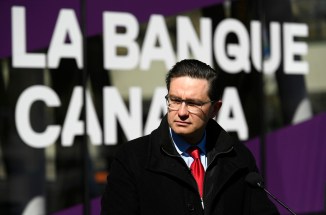