The union that represents Bell MTS technicians says years of job cuts and inadequate maintenance are fuelling landline outages that last weeks or months and frustrate customers across Manitoba.

The union that represents Bell MTS technicians says years of job cuts and inadequate maintenance are fuelling landline outages that last weeks or months and frustrate customers across Manitoba.

Joe Breland, business manager of the International Brotherhood of Electrical Workers Local 435, said there has been a “slow decline” since the Progressive Conservative government of Gary Filmon privatized MTS in 1997, breaking an election promise.

Breland said the decline has continued under Bell MTS, and both companies share the blame for landline disruption, which has escalated during an extremely wet spring.

“It’s not just Bell, but over the years the company has not maintained (the copper telephone network) at the level we feel it should have,” he said. “The company has been placing a Band-Aid on the copper (network) since 1997. The decline in customer service is directly tied to the reduction in employees in all unions.”

As landline use dwindles, Bell MTS has prioritized wireless, internet and television services over customers who still use a home phone, said Breland.

When the “lucrative and viable” Crown corporation was privatized 25 years ago, MTS employed just under 1,400 IBEW technicians and Allied Workers such as mechanics, said Breland.

There were 648 IBEW members when Bell MTS announced the friendly takeover in May 2016. The total has since fallen to 504 through retirements and attrition.

Breland was responding to Bell Canada’s May 20 letter to the Canadian Radio-television and Telecommunications Commission.

When the “lucrative and viable” Crown corporation was privatized 25 years ago, MTS employed just under 1,400 IBEW technicians and Allied Workers such as mechanics. There were 648 IBEW members when Bell MTS announced the friendly takeover in May 2016. The total has since fallen to 504 through retirements and attrition.

The federal regulator asked the telecom giant to explain the outages and what it is doing to solve them, after frustrated customers complained to the Free Press.

Several Winnipeggers said they couldn’t access services such as 911, Lifeline or burglar and fire alarms. For a few of them, their out-of-service phone contacted 911, resulting in a police showing up at their homes.

In the letter, Bell blames short-term fixes by the former Manitoba Telephone Service and an out-of-date copper network the company inherited when it purchased MTS for almost $4 billion in March 2017.

He suggested five years — the length of time Bell has owned the network — isn’t enough to overhaul the network and solve the problem.

IBEW Local 435 claims Bell MTS, like its predecessor, hasn’t done enough to maintain the network and prevent disruption for customers.

Breland said the union has raised concerns and asked the company to hire more workers, pour more money into upkeep and raise service levels back to where they were decades ago.

The union claims wait times for service calls have increased year over year due to job losses and network failures.

Spring is the busiest time of year for IBEW members, as water gets into splices and access points, causing outages, said Breland.

The problems extend beyond Manitoba’s capital.

“The rest of the province, in our opinion, is in worse shape than Winnipeg,” he said. “Almost all small towns in Manitoba had multiple IBEW technicians working in them. Many now have none.

“Winnipeg is pretty easy to manage. Outside Winnipeg, technicians are driving hours to complete a service call. They are travelling farther and farther every day from town to town to service customers.”

Technicians are “constantly” hearing from unhappy customers, while dealing with stress and animosity over the company’s use of contractors, who are “disguised” to look like staff.

However, the company is playing “catch up,” and it should have no trouble recruiting candidates if it offers lucrative wages and benefits, said Breland.

The two other unions that represent Manitoba staff — TEAM-IFPTE Local 161 and Unifor Local 7 — have raised concerns about jobs being shed largely through voluntary retirement packages.

They said Bell hasn’t delivered on its pledges to keep jobs in the province and make Winnipeg its hub in Western Canada.

The unions are upset work is being outsourced to Bell sites or private firms in places such as Ontario and Quebec even though there are qualified people in Manitoba.

“Bell came in with a lot of big promises. Manitoba was supposed to be a hub, but it’s just not happening,” said Jackie Prynne, president of Unifor Local 7, which represents clerical staff in call centres and departments such as technical support and billing and payments. “Our jobs are just slowly dwindling. We’re fearful we’re going to be down to zero.”

“The rest of the province, in our opinion, is in worse shape than Winnipeg. Almost all small towns in Manitoba had multiple IBEW technicians working in them. Many now have none.”
– Joe Breland

“We’ve lost members and the work remains the same,” she said, noting staff stress levels have gone up.

Prynne said the hours of casual and part-time workers have been reduced, and some call-centre work has been moved to Ontario.

TEAM-IFPTE Local 161, which represents supervisors in middle management, had 1,200 members in 2015.

It now has less than 600, with almost 300 lost in nine rounds of downsizing under Bell.

The most recent one, announced May 9, targets up to 31 positions in information technology, or about one-quarter of the jobs remaining in that department.

“We have members who talk about having survivor’s guilt because so many of their colleagues have had to go before they were ready,” said Erin Spencer, the local’s executive director.

Work is redistributed to those who are left, making them stressed out, she said.

Spencer said the privatized MTS would outsource work to local contractors, while Bell gives it to firms they already use, including one in Montreal.

Bell MTS said Friday it is focusing on expanding its fibre network.

“The vast majority of our Bell MTS landline service outages run over older copper facilities, and accelerating the deployment of our fibre networks is the best way to increase the resiliency of our infrastructure in the region,” said spokeswoman Morgan Shipley.

She said the company has spent more than $330 million to maintain and improve wire line networks, including copper networks.

Through recent hires, Bell MTS will have doubled the number of line technicians since last September, said Shipley.

Nearly 98 per cent of “union departures” have been voluntary, with the company offering a retirement program with a financial incentive “on occasion,” she added.

Manitoba Liberal Leader Dougald Lamont accused the Tories of allowing Bell MTS to break its promises to retain jobs and invest in Manitoba.

“They are fleecing Manitobans,” Lamont said of Bell.

He said the Progressive Conservatives were warned the merger would lead to job cuts, higher prices for customers and worse service.

Lamont said his mother’s landline has been “on and off” in the last three months, and it started calling 911 “randomly,” resulting in police showing up at her door.

Bell MTS told her “it was copper maintenance and it doesn’t work when wet,” said Lamont.

Cullen said job losses are “very unfortunate,” but there are “tremendous opportunities for any layoffs” that may have occurred at Bell MTS, despite labour challenges in most sectors.

Bell MTS and the CRTC did not respond to requests for comment. 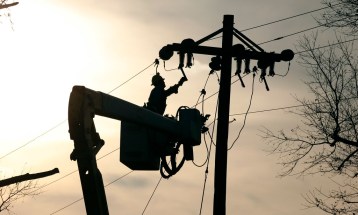 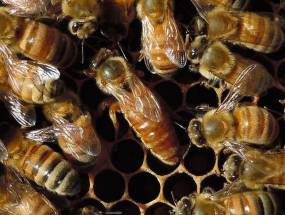 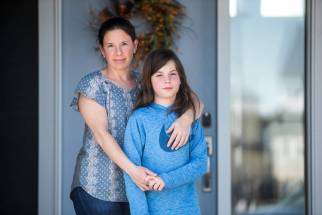 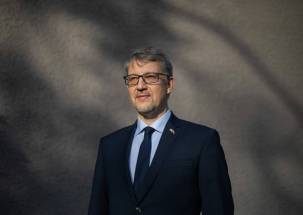 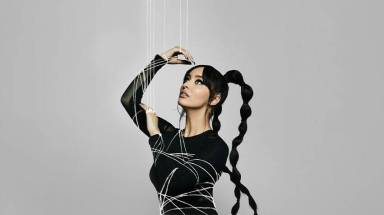 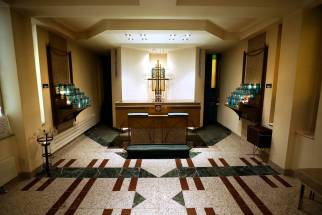 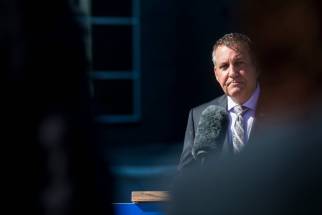 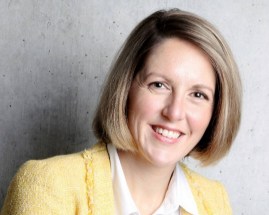