“Criminals get excited about the opportunity to increase their drug sales and to see how many girls they can lure,” she said.

In July 2021, residents of Pauingassi First Nation and neighbouring Little Grand Rapids First Nation were airlifted to Winnipeg as wildfires and heavy smoke spread around the remote, fly-in communities, both located about 275 kilometres northeast of Winnipeg.

In interviews, evacuees raised concerns about the quality of food, children missing school and stipends they said were too low and left them relying on donated necessities.

But a federal minister revealed this month that there were far more serious issues.

“There was sex trafficking, and we had to fund a number of communities to go and provide perimeter security in Winnipeg, to keep pimps from going in and exploiting the vulnerable,” Crown-Indigenous Relations Minister Marc Miller told the House status of women committee on May 20.

Pauingassi Chief Roddy Owens confirmed that his band requested and received 24/7 security at the multiple hotel sites that his community’s 516 registered evacuees occupied from July 12 to Oct. 18 last year.

They were often housed in Winnipeg alongside members of neighbouring Little Grand Rapids, who had roughly 1,000 evacuees.

The Canadian Red Cross said Monday that more than 4,400 people evacuated from seven First Nations during various wildfires, to hotels in Winnipeg, Brandon and Thompson.

The organization could not immediately list how many Winnipeg hotels were involved, but said it hires security for all evacuation responses it undertakes for Indigenous Services Canada.

That federal department could not immediately say how much it had spent on security, or what policies it has in place for evacuee safety.

For years, Redsky’s organization has partnered with the Red Cross to offer programming for evacuees on how to safely live in an urban setting. They teach girls and women to avoid people claiming that they’re family, or offering invitations to a party or a modelling photoshoot.

Those doing the exploitation often change their tactics, so Ma Mawi updates the training each year, even if it’s for a community that was evacuated less than a year ago.

Part of the problem, Redsky said, is that evacuees are often sent to the same handful of hotels. Evacuees often tell Winnipeg relatives where they’re staying.

“It becomes known where these hotels are, and that’s a market that criminals want to target — and they do,” she said, adding her staff as well as members of Bear Clan Patrol have helped report people known to be involved in sex trafficking for lingering around hotels and speaking with girls.

“They hang around these hotels; they would be drug dealers or those that are sexually exploiting, and sometimes they’re the same person,” she said.

“Criminals get excited about the opportunity to increase their drug sales and to see how many girls they can lure.” – Diane Redsky

“Sometimes it’s the entire hotel that is being occupied by evacuees (who) can come and go as they wish.”

The National Inquiry into Missing and Murdered Indigenous Women and Girls highlighted the risks newcomers to urban settings face, particularly sex traffickers preying on girls the moment they step off buses arriving in Winnipeg.

But the final report did not directly mention natural-disaster evacuees.

In 2018, officials from the Island Lake region testified to Parliament that Winnipeg drug dealers offered “free samples” to evacuees in the summer of 2017, sparking a methamphetamine crisis in that community.

“They hang around these hotels; they would be drug dealers or those that are sexually exploiting, and sometimes they’re the same person.” – Diane Redsky

An Island Lake band councillor said last summer’s wildfire evacuees were traumatized during their stay in Winnipeg, claiming a sexual offender was housed among them.

“Drug dealers were seen gathering at the shelter. In one case, a child was able to get outside the shelter and make it all the way to a city bus.”

“The federal government was slow to offer the supports that these communities needed… and security is the bare minimum,” said Ashton (Churchill—Keewatinook Aski), who pointed out that last summer’s evacuation lasted almost three months because Pauingassi and Little Grand Rapids both lack an all-season road, so it took Manitoba Hydro months to reach and fix damaged electricity poles.

Redsky said she’d like more support for organizations that train families on remote reserves about urban safety before they head south due to an evacuation, or for medical services or visits. That training includes how to interact when approached by a stranger, as well as safety using taxis and the risks of wandering a city at night. 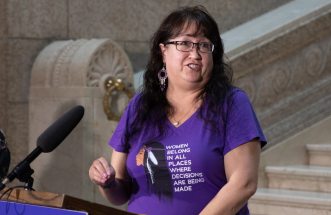 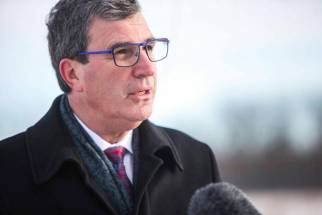 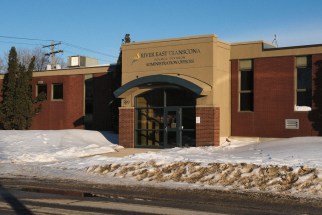 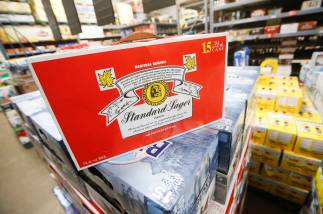 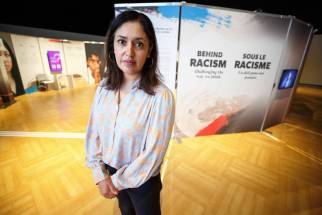 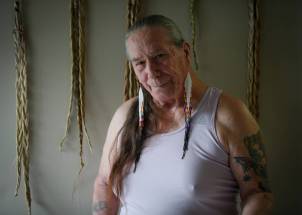 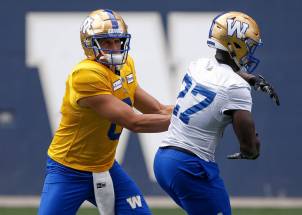 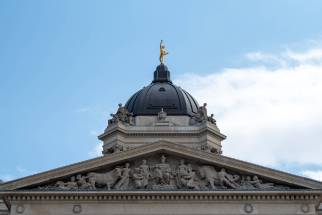