TORONTO — Opportunity is knocking. And Manitoba’s top professional golfer hopes he can come out swinging this week as he tees off at the Canadian Open against some of the best in the sport on the biggest stage of his young career.

TORONTO — Opportunity is knocking. And Manitoba’s top professional golfer hopes he can come out swinging this week as he tees off at the Canadian Open against some of the best in the sport on the biggest stage of his young career.

Stony Mountain’s Aaron Cockerill will be rubbing shoulders with luminaries such as world No. 1 and reigning Masters champ Scottie Scheffler, recent PGA Championship winner Justin Thomas and defending Canadian Open trophy-holder Rory Mcllroy. He’s one of 21 Canadians in the 156-player field, courtesy of a sponsor’s exemption based on his strong season so far across the pond on the DP World Tour.

“I’m super pumped. This is going to be really fun,” Cockerill said Sunday, during a conversation in Hamburg, Germany. “It will be the biggest event I’ve played. There’s no other way around it. It will be very important to me. It will be like a major.”

Cockerill, 30, touched down in Toronto late Monday afternoon after competing last weekend in the Porsche European Open in Germany. He had a solid first round, posting a two-under 70 that had him among the early leaders, followed up with a tough 77 on Day 2 to make the cut by a stroke, and held strong with a 73 on Saturday. But he ballooned to an 80 on Sunday, finishing in a tie for 70th.

Having walked all 72 holes with him (my behind-the-scenes feature covering our time together in both Hamburg and Toronto runs in Saturday’s Free Press) here’s my brief scouting report. Cockerill played extremely well the first three days, but wasn’t rewarded by an unforgiving golf course that had many players shaking their heads, tossing their clubs and, in the case of a dozen competitors, quitting before the second round was over.

The Green Eagle course was an absolute monster, with only 15 players (out of 156) finishing under par for the tournament. Cockerill’s hope is that it will get him battle-tested to face even stiffer competition this week at historic St. George’s Golf & Country Club, which is hosting the Open for the first time since 2010.

“At the end of the day, I will be nervous, there will be more people than I’m used to playing in front of, the golf course will probably be tough, all those factors. But it still comes down to getting back to my little recipe I always talk about.”
– Aaron Cockerill

“At the end of the day, I will be nervous, there will be more people than I’m used to playing in front of, the golf course will probably be tough, all those factors. But it still comes down to getting back to my little recipe I always talk about,” Cockerill said.

Cockerill got in a quick 18-hole practice round at St. George’s early last week during a 10-hour layover in Toronto before continuing his trip to Germany. He also hit the back nine Monday afternoon and will play the front nine this morning as part of the Canadian Open’s pro-am event.

Cockerill tees off at 12:50 p.m. Winnipeg time on Thursday, playing with Brian Davis of England and Dawie van der Welt of South Africa. He’ll play his second round starting at 7:50 a.m. Friday.

If he plays like he did in his first 54 holes in Hamburg, I like his chances of making it to the weekend.

“Realistically, this week is like a free spin. It’ll be a good experience, and obviously I hope I can play well and have a great week,” he said. “But I don’t really have any pressure, it’s not like I’m trying to keep my card.”

Cockerill currently sits 42nd on the DP World Tour season rankings, thanks largely to ties for second and third earlier this year at events in Kenya and Spain, respectively. That puts him on track to get full status in Europe in 2023, something he doesn’t currently enjoy this year after finishing outside the top 120.

Essentially, he can plan out his entire schedule ahead of time, knowing he’s a lock to get in the tournaments of his choosing rather than hope enough spots open up to gain entry, as he’s had to do most weeks this year.

He’ll have plenty of support on hand this week. His wife, Chelsea, his parents, Kathy and Doug, his Winnipeg-based coach, Derek Ingram, and plenty of friends are all coming to Toronto to cheer him on in person.

“He’s pretty good at turning off the noise and just focusing. But I know in the back of his head, he’s gonna be like that little kid, just super excited.”
– Chelsea Cockerill

“It’s an opportunity that he’s so thankful to have, and he’s worked hard,” Chelsea told me. “You know, it could mean huge things. If he had an unbelievable tournament, it literally could be life changing. He’s comfortable over in Europe. He likes European golf. He likes travelling. Would it be much easier if he was on the PGA Tour? Right, absolutely. And, you know, bigger purses, but just the travel, being able to go home more frequently. I think he recognizes the opportunity that’s there for him.”

Cockerill got his sneak peek at St. George’s last week playing with fellow Canadian Corey Conners, who is currently ranked 31st in the world and our nation’s best hope of winning the national championship. Conners is also coached by Ingram. He told me that instantly helped calm some jitters.

“He’s pretty good at turning off the noise and just focusing. But I know in the back of his head, he’s gonna be like that little kid, just super excited,” said Chelsea, who caddied for her husband for parts of last season in Europe.

Speaking of noise, there’s plenty of it in the golf world right now, with the RBC Canadian Open going head-to-head against the inaugural event of the Saudi-backed LIV Golf Series. Dustin Johnson was the literal face of this year’s tournament in Toronto, as the RBC ambassador had his mug plastered over all the promotional materials. Those had to be torn down last week when he announced he was defecting from the PGA Tour to go play for bigger money overseas. Another RBC-backed player, Graeme McDowell, did the same.

It means a slightly watered-down field this week, which is just fine with those who will be competing for a share of the US$8.7 million purse, with the winner taking home a cool US$1.566 million. To put that in perspective for someone like Cockerill, the purse at the Porsche European Open was just under US $1.9 million, with champion Kalle Samooja of Finland pocketing US$310,000. Cockerill took home just over US$3,000 on the week in Hamburg.

A handful of other big names, including Phil Mickelson and Sergio Garcia, have also jumped ship to the controversial LIV. The PGA has vowed to essentially ban them from future tour events as a result. There are also some DP World Tour players who are taking a similar course of action and could face the same consequences.

Cockerill isn’t spending any time thinking about who isn’t in a particular tournament, viewing any defections simply as more opportunity to make his mark and keep pushing his career forward.

“In golf, week to week it’s kind of anything can happen,” he said. “You never know when it can be your week.” 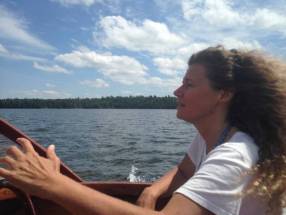 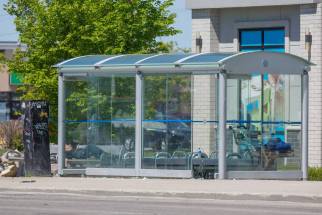 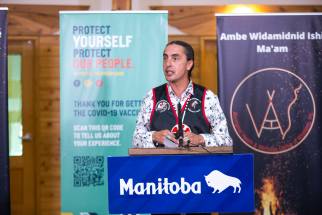 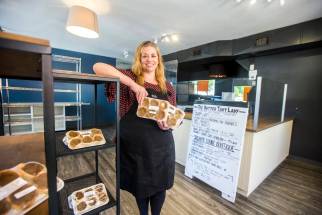 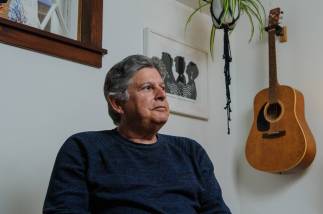 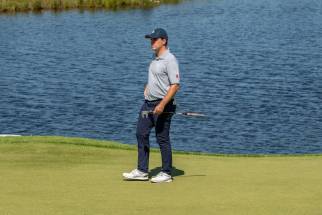 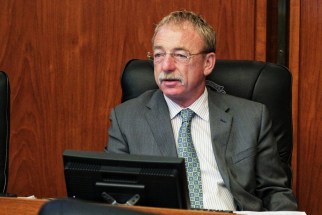