Listening to Premier Heather Stefanson attempting to explain her decision to skip the Pride parade last weekend in Winnipeg, I could not help but think of actor John Belushi.

Listening to Premier Heather Stefanson attempting to explain her decision to skip the Pride parade last weekend in Winnipeg, I could not help but think of actor John Belushi.

Stefanson is under fire from Pride Winnipeg for not walking in the annual march in support of the city’s LGBTTQ+ community June 5. Although she did speak at a pre-parade rally, organizers said the Tory premier was told repeatedly: every politician who is allowed to address the rally is required to march in the parade.

It’s both or nothing.

Told she had been subsequently banned from all future Pride Winnipeg events, Stefanson claimed her absence was due to a “miscommunication” between her staff and organizers — despite the repeated warning from the latter.

Reading her comment, I could suddenly recall the entirety of the infamous “excuses speech” from the 1980 movie, The Blues Brothers, in which Belushi (as Jake Blues) offers a frantic string of excuses to an aggrieved former fiancée (played by Carrie Fisher) for failing to show up for their scheduled nuptials.

As Fisher points a gun at Belushi, he throws every excuse he can think of at his jilted lover: “I ran out of gas! I got a flat tire! I didn’t have change for cab fare! I lost my tux at the cleaners! I locked my keys in the car! An old friend came in from out of town! Someone stole my car! There was an earthquake! A terrible flood! Locusts! It wasn’t my fault, I swear to God!”

For the record, Stefanson only mustered a single excuse, but the effect was still the same: a desperate attempt to avoid criticism and shed responsibility.

Just like in the movie, Stefanson’s excuse was hilariously disingenuous. So much so it seems clear she has inexplicably adopted some of the worst traits of her predecessor, former premier Brian Pallister.

Given his propensity for bombast and his love of conflict, Pallister frequently found himself in the kind of trouble Stefanson is now experiencing.

Whether it was lying about being on vacation in Costa Rica during the 2014 summer floods or snubbing veterans by travelling to France for the 75th anniversary of D-Day but skipping the commemorative ceremonies, Pallister was not only a frequent author of controversy, he was incorrigible when it came to dodging responsibility for his misdeeds.

You want some irony? Pride Winnipeg established the both-or-nothing policy for its rally and parade in 2019, after Pallister repeatedly took advantage of the opportunity of addressing participants only to ghost the parade.

Given the ignominious history of that Pride event policy, and after five-plus years watching Pallister wander in and out of controversy, Stefanson should have known all about the perils of blowing off a such a group and then fibbing about the reasons why. But here we are.

The larger concern hanging over this incident is the political fallout, both within the LGBTTQ+ community and beyond.

Pride events across the country have become must-attend for politicians at all levels. It’s not just about demonstrating support for the LGBTTQ+ community; these events have become prime opportunities for opinion leaders of all stripes to demonstrate a broader commitment to LGBTTQ+ rights in particular and human rights in general.

Which is to say, even if Stefanson had not been told about the specific policy established by Pride Winnipeg, she should have known its parade is not the kind of event that can be missed.

Stefanson and her staff should know the first Pride parades were held to commemorate the June 1969 Stonewall riots in New York City, spontaneous and sometimes violent protests for the right to live openly without fear of persecution or prosecution. Within a year of Stonewall, parades were held in Chicago, Los Angeles, New York and San Francisco.

They should also be aware Pride events are now held all over the world in June to commemorate the evolution of LGBTTQ+ rights.

That is not to say there is consensus about the political value of Pride events.

Some members of the LGBTTQ+ community think inviting politicians, corporate executives or police officers to march undermines the meaning and the message behind Pride, which is inherently anti-establishment. As well, there are some who no doubt feel politicians marching in parades are not sincere, they’re just pandering to the community for political gain.

However, polls in Canada and the United States show strong support for inclusive Pride parades as a way of spreading positive information about LGBTTQ+ rights.

It’s hard to believe Stefanson considered all that history and meaning when she tried disingenuously to blame her staff for ducking out on the Pride parade.

Stefanson issued an apology and has asked to meet with Pride Winnipeg to discuss her lifetime ban.

Even as the premier seeks redemption, she will need to keep one important principle in mind: seeking forgiveness is not the same as deserving it. 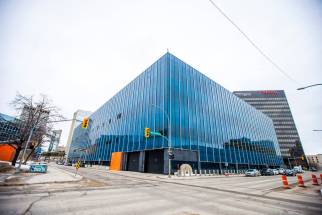 From rotting ‘trash’ to rich treasure 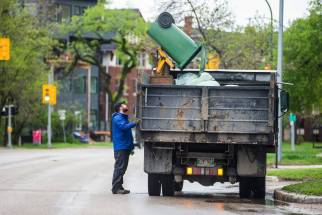 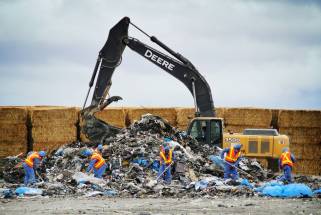 Small town, for how long? 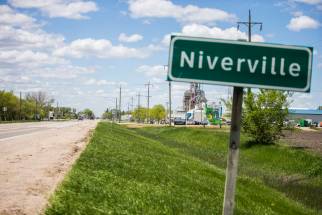 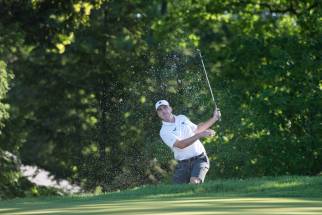 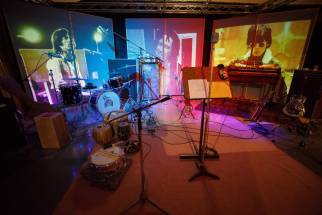 Reelin’ in the cheers 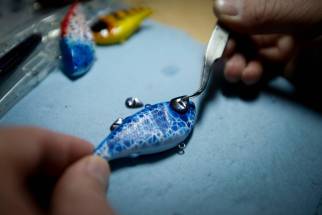 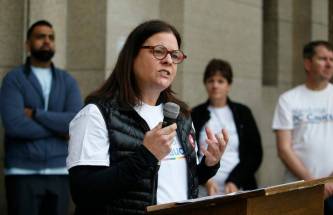 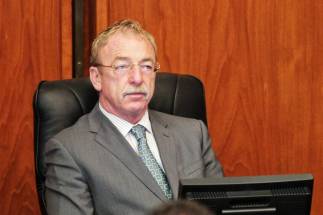 Reelin’ in the cheers Transparency needed from justice officials