At first, Sally Ahmed thought she’d heard a balloon pop when she was at the Red River Exhibition with her family Monday evening — turns out, it was a gunshot.

At first, Sally Ahmed thought she’d heard a balloon pop when she was at the Red River Exhibition with her family Monday evening — turns out, it was a gunshot.

Three teens have been charged and a 16-year-old male is in stable condition at the Health Sciences Centre after he was shot around 7 p.m. at the annual summer fair on the exhibition grounds near the city’s western edge. Police cordoned off the scene and the fair remained open throughout the evening.

The Winnipeg Police Service said officers, including the police dog unit and tactical team, raced to the exhibition grounds at 7:03 p.m. for a reported shooting.

Police found the injured teen near a washroom, where he was being helped by the fair’s emergency medical team. The youth was taken to hospital in critical condition, and was upgraded to stable condition following surgery.

Ahmed, her partner and five children were at the Ex for a night of fun. She’d pulled the kids, aged two to 10, out of school early and they were “so excited” to go, she told the Free Press.

Her partner was walking ahead of her, with their three-year-old son and a nephew, right beside the children’s rides, when Ahmed heard the shot. A boy spun around and fell to the ground.

A group of teens ran into the nearby washrooms and Ahmed’s partner grabbed their son and told their group to run.

“Our eight-year-old cried all night after seeing this,” she said. “My children are beyond scared.”

Ahmed said the victim appeared to try to get on his feet before he fell unconscious.

“My heart is with the family,” she said. “I have five kids and I can only imagine the pain his family is going through.”

“Our eight-year-old cried all night after seeing this… My children are beyond scared.” – Sally Ahmed

She didn’t see the shooter’s face, nor did she spot police until about 15 minutes after 7 p.m.

The family quickly left. Ahmed said she won’t go to the Ex unless security is improved.

“Not with my children ever again unless they do proper searches and metal detectors,” she said.

“I won’t put my kids in danger, all these punk teenagers thinking they are tough is insane.”

Red River Exhibition Association CEO Garth Rogerson said the shooting was “absolutely unacceptable” but he reassured the public the venue is safe.

“We’re feeling it deeply here and we’re praying for his safe recovery, and really, I’m upset by it. Our entire staff is devastated by it,” he said.

“We’re feeling it deeply here and we’re praying for his safe recovery, and really, I’m upset by it. Our entire staff is devastated by it.” – Garth Rogerson, Red River Exhibition Association CEO

Rogerson said a security review was being conducted in consultation with Winnipeg police, but noted the internal response followed procedures to the letter.

“How did this happen? What is the circumstance that led to it? How did the weapon get in here?” he said.

“If it was thrown over the fence — we already have patrols on the fence line but maybe we need to double up those patrols,” he said, noting they’re discussing adding sentries to monitor the site perimeter.

“We’re looking at every angle to see how we can ensure that nothing like this ever happens again.”

He said the COVID-19-era security protocol is to wave over attendees with a metal-detecting wand and to search bags at entry, instead of patting them down. He noted the fair has added security guards this year — 40 at a time — plus eight paramedics and two ambulances.

“We have all of the challenges that a small city would have, but we compress the (population) into a small area,” he said.

Rogerson noted there had been no significant incidents prior to the shooting since the fair opened on Friday. It runs until Sunday.

Justin Langan, 23, was at the fair Monday evening. He saw police officers and clothing strewn on the ground near where the shooting took place. Although the violence concerned him, he returned Tuesday afternoon to sample the fried foods and go on rides.

On Monday, security let everyone in the front gate without fully searching their bags, the university student said, but on Tuesday, the security was more stringent.

“I do feel safe,” Langan said. “As long as they learned from this mistake of not checking security enough. As long as they do this the rest of the Ex, I’ll probably come again Thursday.”

Cathy Bird said the shooting gave her pause. But, she came to watch family dance Tuesday for an Indigenous Peoples Day event and planned to return Wednesday with her children.

“(It put me) a bit on edge, actually, and I feel that the security should be doing more than what they’re doing — a lot more.”

Just 20 minutes after the report of the shooting Monday, police stopped a taxi in the area of Tyndall and Burrows avenues. Officers took three people into custody and seized a loaded handgun.

Major crimes investigators say the shooting occurred after an altercation. 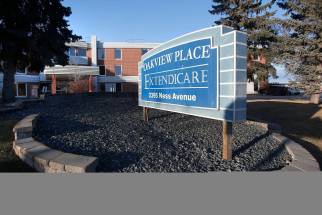 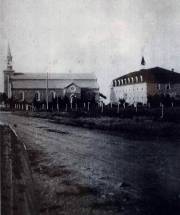 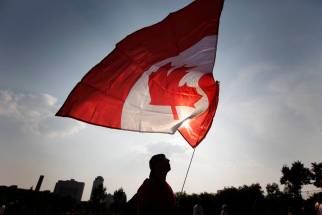 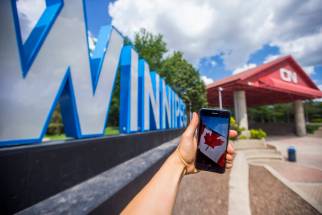 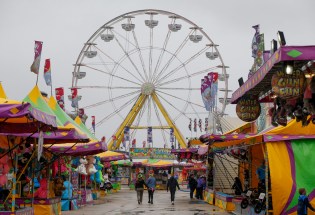 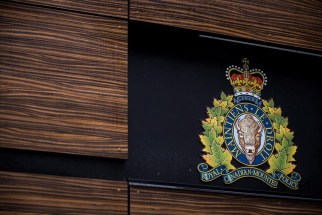 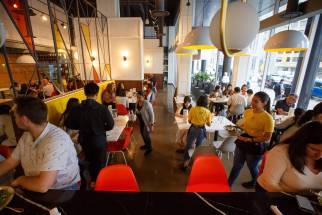 Fringe festival is back after two-year absence 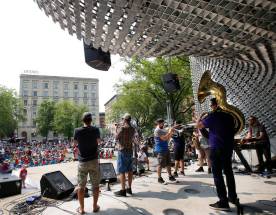 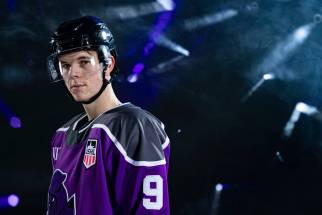 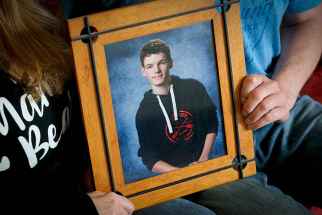