There was a time when Les Rattai would see a victim of a catalytic converter theft every now and then at the Fort Garry autobody shop he manages.

There was a time when Les Rattai would see a victim of a catalytic converter theft every now and then at the Fort Garry autobody shop he manages.

But lately, up to three people a week are coming to J Max Collision and Glass to get a new converter installed, amid a surge in thefts that police say is being fuelled by drug addicts.

“There has been a large amount (of customers) this spring,” Rattai said Monday. “We always had them, but not to this extent, especially the last four months.

“I’ve seen a few (customers) who’ve had theirs stolen twice.”

Converters have become a target because they contain precious metals such as platinum, palladium and rhodium. Thieves can make hundreds of dollars per sale, if they find a buyer.

It’s not just a Winnipeg problem. Thefts have been on the rise across Canada and the U.S., hurting victims in other ways.

“There’s been such a large amount of thefts it’s hard to get parts,” said Rattai. “It’s the availability of parts that is slowing down the repairs.”

He said thieves appear to be targeting SUVs and trucks because there is more space to crawl underneath with a saw.

For victims, their vehicle is undriveable for days or weeks until a new part is installed.

The cost of replacing a converter and making related repairs can run into the thousands of dollars.

For those who make a claim, Manitoba Public Insurance charges a betterment fee — on top of a deductible — when the new part is installed on a car with more than 80,000 kilometres.

Rattai said some of his customers were quoted betterment fees as high as $2,500.

Private owners aren’t the only ones who’ve been targeted.

Converters have been stolen from 13 vehicles owned by the province, totalling almost $7,000 in claims costs, a spokesperson said.

The City of Winnipeg has suffered eight converter thefts since December 2021, with deductibles amounting to $6,000, said spokesman Adam Campbell.

The upward trend is continuing in 2022, based on MPI figures.

The converter on Maria Buccini’s 2004 Honda Pilot was cut off and stolen while she was at work in Grant Park on a cold February day.

She was surprised when she heard a “deep rumbling noise,” as she started the vehicle after work.

“It sounds like a turbine engine going off,” she said.

Buccini, 42, took her vehicle to a mechanic, initially thinking there was a problem with the muffler.

“He kneeled under the car and he knew. He said, ‘They stole your converter. You can tell where they cut it out,’” she said. “He said I was his second customer of the day.

“The way they cut the catalytic out, they really butchered it. They took the (oxygen) sensor and really did a lot of damage.”

“The way they cut the catalytic out, they really butchered it. They took the (oxygen) sensor and really did a lot of damage.” – Maria Buccini

Buccini filed a police report and a claim with MPI.

“It was an atrocious number,” said Buccini.

She ended up saving money by sourcing a replacement part through a connection at an auto repair shop.

The total cost, including the installation, was about $500, she said.

She would welcome a crackdown on scrapyards that knowingly buy and sell stolen converters for a profit.

“There’s not justice for the people who go through it.” – Maria Buccini

After a four-month investigation called Project Precious, Winnipeg police officers raided a scrapyard in the Rural Municipality of Springfield, just east of the city, on June 2.

Police allege the scrapyard was buying large quantities of stolen converters and selling them for a lucrative sum. Three men were arrested.

A provincial Scrap Metal Act, which targets sellers and buyers of stolen auto parts, is expected to be proclaimed soon, as regulations are finalized.

A motion at Winnipeg city hall asks the public service to look at a task force and other ways to tackle thefts, as councillors receive complaints from victims.

“They’re the ones paying the price,” Coun. Shawn Nason (Transcona) said of residents.

As people look for ways to protect their vehicles, some have considered cages that surround converters or spraying the parts with paint to discourage thieves, he said.

There are root causes that need to be addressed.

Police encourage owners to park their vehicle in a garage, if possible, or in a well-lit area.

People should report thefts or any suspicious activity to police.

“The more reports that are recorded the more it can help with showing trends in a community and can lead to identifying a possible suspect or suspects,” said Courchaine. 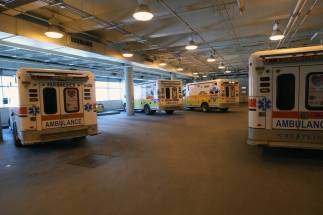 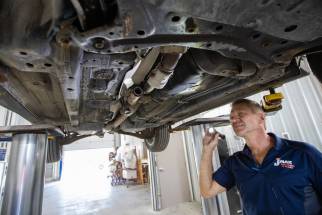 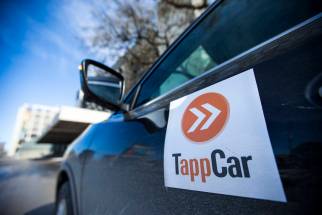 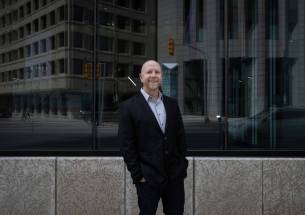 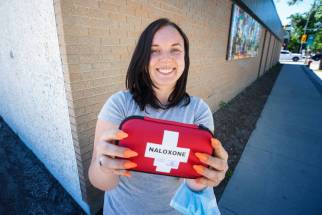 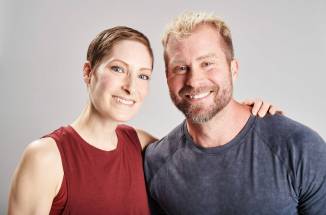 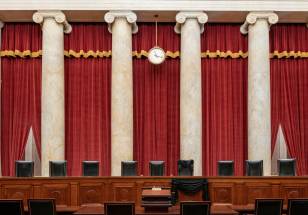