‘Getting the runaround’: Winnipeg couple wait seven weeks for one lost suitcase

A Winnipeg couple has been waiting 48 days for their suitcase to be returned, after the bag was lost during a flight to Ireland amid post-COVID-19 lockdown chaos at airports.

A Winnipeg couple has been waiting 48 days for their suitcase to be returned, after the bag was lost during a flight to Ireland amid post-COVID-19 lockdown chaos at airports.

Catherine Roberts and husband Bob flew to Dublin via Toronto — with WestJet and Aer Lingus — for a European vacation to celebrate her 70th birthday.

“It sounds like a trivial thing compared to what’s going on in the world, but it really did ruin our trip,” said Roberts. “It was like this black cloud over us on the trip.”

After many calls, emails and airport visits in an effort to track down the bag, Aer Lingus informed the couple Thursday the suitcase had been found at Dublin Airport and will be sent to Winnipeg.

“I said, ‘I hope you’re telling me the truth,’ because we’ve heard it so many times,” said Roberts, who fears the bag will not arrive.

“I’m not confident about it at all,” she said. “I just feel like we’ve been getting the runaround. I feel like I’ve been lied to the whole time.”

The couple had to pay $60 to check the bag on a WestJet flight out of Winnipeg on May 15.

The suitcase contains most of their clothes, including rain gear they were planning to wear on a seven-day cruise from Southampton, England, to Norway’s fjords. It also contains cards from family and friends, which Roberts was planning to open when she celebrated her birthday on the ship.

The holiday got off to a bad start. Roberts said the couple missed a connecting flight at Toronto Pearson International Airport because the flight from Winnipeg arrived late.

WestJet staff rebooked the pair on an Aer Lingus flight departing the next day.

The couple then went to the baggage claim, where the suitcase was nowhere to be found.

Staff from Calgary-based WestJet and Aer Lingus, Ireland’s national carrier, assured the pair the bag would be on the flight to Dublin, said Roberts.

However, it didn’t turn up at the baggage carousel in Dublin, where the couple realized the missing piece was part of a larger problem.

“There were hundreds of bags just sitting there,” said Roberts.

Unclaimed suitcases have piled up at airports in Europe and Canada, as the travel industry struggles to cope with a surge of passengers amid a shortage of staff following the end or easing of COVID-19 restrictions.

After failing to find their bag at Dublin Airport, Roberts and her husband filled out a form and started making calls. They failed to get answers when they returned to the airport the next day.

The couple spent about $400 on new travel essentials, including a suitcase, clothes, jackets and toiletries, while carrying on with the trip.

“We only had the shirts we were wearing,” said Roberts, noting the couple washed those shirts in a hotel room sink before buying new ones. “The next day, we put on our damp shirts and went down to (the stores).”

They were forced to skip scheduled tours and put off other plans in Dublin while trying to track down the suitcase.

Roberts continued to worry while on the cruise.

“I couldn’t wait to get off the ship to start phoning to ask about my bag,” said Roberts, who didn’t get any answers before flying back to Winnipeg on May 31.

Roberts said WestJet staff checked a computer system, which indicated the bag was due to arrive on a flight from Toronto. The couple waited at the baggage carousel, but the suitcase didn’t turn up.

An online tracking system indicated June 4 the bag had been found and was being prepared for delivery. Roberts got her hopes up, but — again — the bag didn’t show up.

She said the same website stated June 9 there was no record of her suitcase, leaving her puzzled.

After more calls, a WestJet employee informed her June 11 the matter was transferred to Aer Lingus.

Feeling like she was starting from scratch, Roberts contacted Aer Lingus, which sent an email June 21 saying it would “fast track” the search.

An employee then called to say the bag had been found in Dublin and it would be sent back to Canada. After waiting more than a week, Roberts was told the same thing Thursday.

Her husband is open to taking the matter to small claims court, as they consider potential avenues for compensation.

“We’d like to know if anybody else would like to join us in a lawsuit,” he said, noting many passengers have suffered similar ordeals recently.

In an email, WestJet spokeswoman Denise Kenny apologized to the couple for the disruption and “any miscommunications.”

A spokesperson for Aer Lingus was not available for comment. 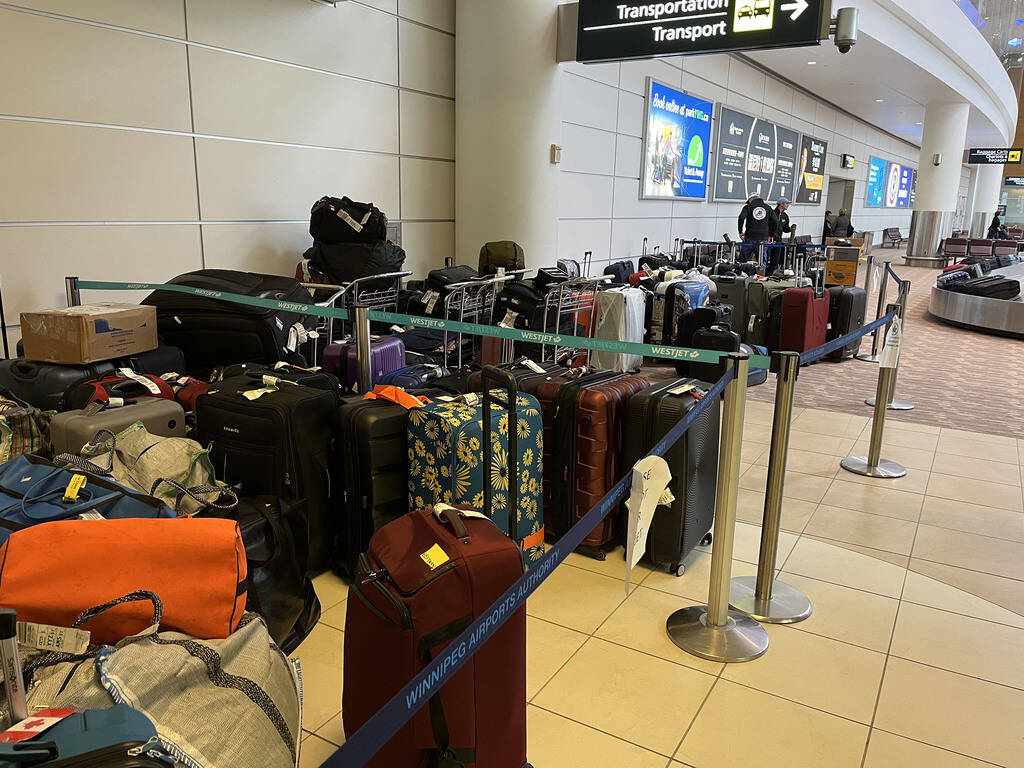 ‘Trip of a lifetime’ turns into nightmare 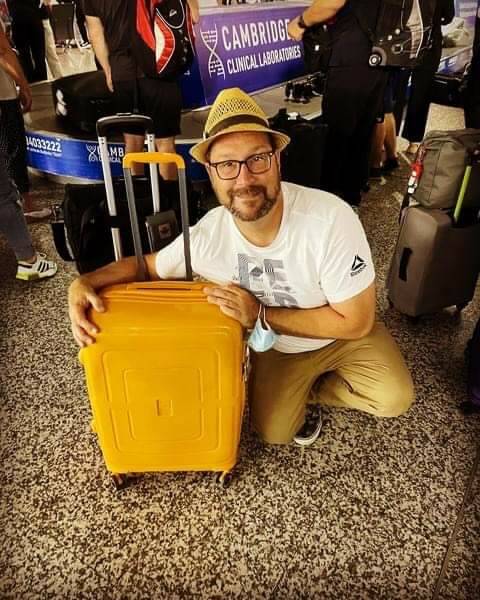 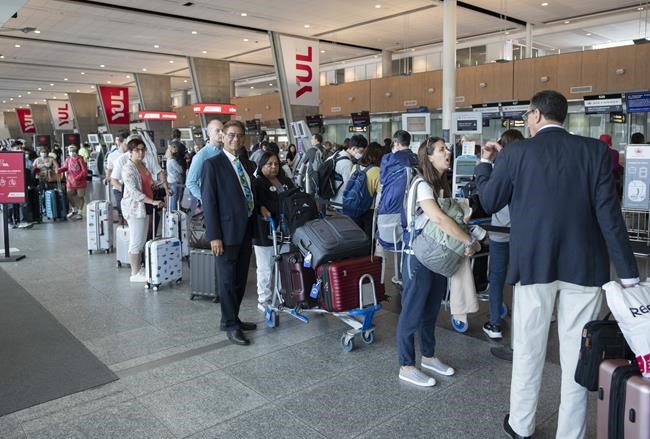 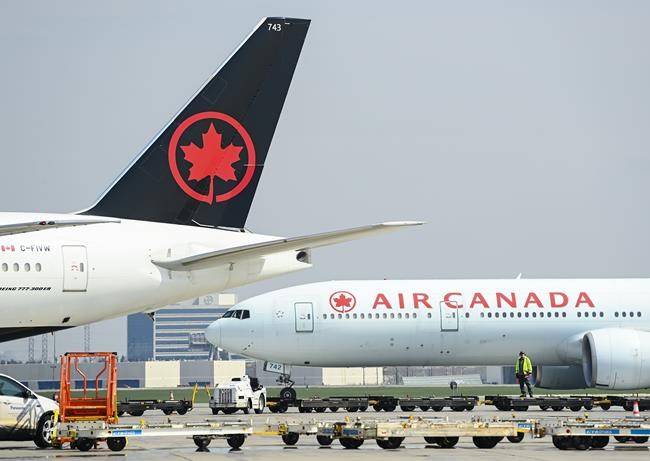 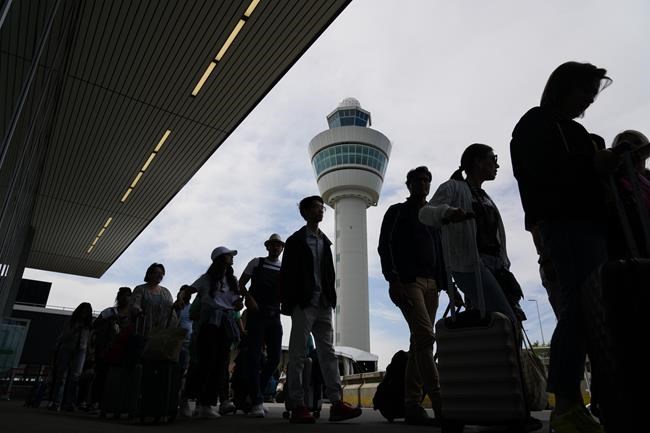