Manitoba’s Ukrainian community is rallying around two refugees considering a move to a different province after they were attacked at The Forks on Canada Day.

Manitoba’s Ukrainian community is rallying around two refugees considering a move to a different province after they were attacked at The Forks on Canada Day.

The city’s emergency services responded to three serious stabbings and two shootings, including Winnipeg’s 27th homicide of the year, over a bloody long weekend.

Friday night’s stabbing at The Forks was the third attack in five days at the national historic site.

“We saw a young man holding his chest and his neck desperately asking for help as he walked toward traffic,” said witness Julya Zan. “The knife was sticking out of his neck.”

The men, who fled Ukraine after Russia’s unprovoked invasion in February, are being encouraged to give the province and Winnipeg a second chance.

“I can’t blame them for almost thinking of not staying,” said Joanne Lewandoski, president of the Ukrainian Canadian Congress Manitoba council. “I’m embarrassed, very embarrassed (by the attack).

“We’re all upset because they didn’t aggravate a situation. They were innocently walking and trying to enjoy The Forks.”

One of the men was stabbed in the neck after both were bear sprayed on Israel Asper Way, near York Avenue, around 10:40 p.m. July 1.

The pair told hospital visitors, including Lewandoski, they were attacked after accidentally bumping into a group of men and apologizing.

The refugees said they don’t feel safe in Winnipeg, after arriving only a couple of weeks ago, and moving into a downtown apartment the day of the attack.

“I think they just have to reassess the situation,” said Lewandoski. “We have to step up because (they) did choose to come to ‘friendly Manitoba,’ and I want that to continue.

“These are young people who chose to come here because they felt it was safe and secure, and that’s the message we have to keep reminding them — that it is, and we have to work on it.”

Lewandoski visited the stabbing victim at Health Sciences Centre on Monday, along with Julya Zan, a witness who helped the man as he lay bleeding on a sidewalk with a knife still in his neck.

“I tried to convince that we, as a community, are here for him,” said Lewandoski. “We are going to try to help him get through this trauma.”

The stabbing was the third reported attack in five days at The Forks, which boosted security while it hosted a July 1 celebration called “A New Day.”

The incidents have put security measures under scrutiny and raised questions about whether any additional measures are needed.

“These incidents are extremely rare, and to have several in a row is even rarer. We are working as hard as we can to keep everyone who visits us safe.”– The Forks vice-president of strategic initiatives Clare MacKay

Clare MacKay, The Forks vice-president of strategic initiatives, said management will work with city police and the Downtown Community Safety Partnership “to determine the best course of action.”

“These incidents are extremely rare, and to have several in a row is even rarer,” MacKay said Tuesday. “We are working as hard as we can to keep everyone who visits us safe.”

The number of security officers on site was increased after a father and daughter were attacked and two men were stabbed in separate incidents last week.

At the nearby The Forks Market, vendor Dilshan Bastians waved off the idea it was becoming a less safe place to gather.

Bastians has worked at Taste of Sri Lanka for 30 years, and said over that time he’s seen area crime spike and wane.

“We’re just concerned that the people’s impression of The Forks is starting to change,” he said Tuesday. “It’s still a safe place… It’s still a few rotten apples (causing problems).”

However, Bastians added, The Forks security guards are vulnerable when situations become violent. “They don’t have any power to really do much. So with all the stuff that’s happening, it’s just that there’s no one to really stop it.”

Winnipeg police and the DCSP have increased their presence in the area, said MacKay, adding surveillance camera footage has been given to officers investigating the July 1 attack.

In the aftermath of the stabbing, Zan and her husband, Jorge Torres, provided first aid and comforted the man, who begged for help as he walked toward traffic. Zan, who moved to Canada from Ukraine in 2010, spoke to the victim in Ukrainian while reassuring him help was on the way.

It is hoped the man will be released from hospital in a few days, after initially being admitted in critical condition. His friend was treated and released after the attack.

Police are looking for a group of suspects, who fled on foot.

As strangers come forward with offers of money and other assistance, the UCC Manitoba council is discussing how to support the men.

Zan said the men are going to move out of downtown Winnipeg while they figure out their next steps and look for work.

“(The stabbing victim) said right now his main priority is safety for him and his girlfriend.”
– Julya Zan

“(The stabbing victim) said right now his main priority is safety for him and his girlfriend,” who arrived in Winnipeg two days after the attack,” said Zan. “They don’t feel safe staying downtown.”

The men told Zan they travelled to Poland from Kyiv after Russia began its war on Ukraine. They spent some time in Eastern Canada before making their way to Winnipeg.

Lewandoski worries the incident will discourage people from moving to or visiting the city.

“It’s sending the wrong message… that it’s not safe. We want to send a welcoming message,” she said. “There have to be consequences for the people doing this to innocent people.” 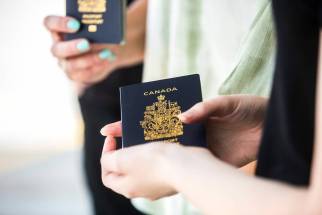 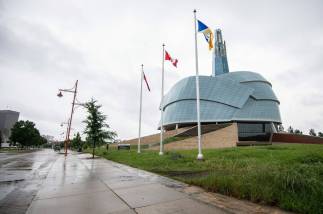 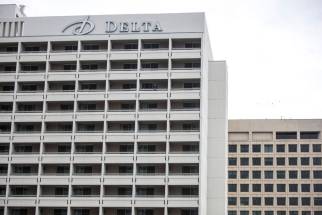 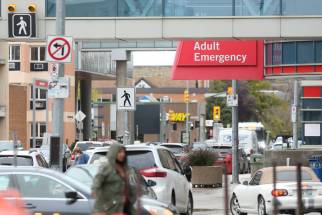 Music will sound as sweet, but folk fest fans should be ready for changes 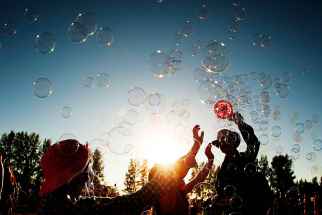 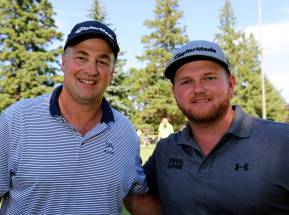 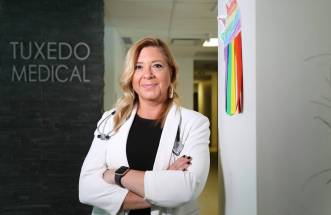