A man walking ahead of his caregivers randomly jumped on a young boy in Kildonan Park while children participated in a summer day camp Monday morning.

A man walking ahead of his caregivers randomly jumped on a young boy in Kildonan Park while children participated in a summer day camp Monday morning.

The incident happened as children and staff from Centerpoint Church’s Discovery Day Camp were preparing to go swimming in the park’s public pool.

Camp director Mark Werner said a roughly 18-year-old man, who has low-functioning autism and the mental capacity of a child, jumped on the boy.

“A (staff member) pulled him off,” said Werner, a children’s pastor at the East Kildonan church. “The person didn’t know what he was doing.”

The incident was over within seconds, he said, and the man’s caregivers had been walking behind him in the moments leading up the incident.

Winnipeg police and paramedics were called to the scene. The boy was “fine” and went swimming with other day camp participants after being checked, said Werner.

He said the man will not be charged by police.

The church sent a letter to parents following the incident, which happened on the first day of Discovery Day Camp’s summer season.

The letter, obtained by the Free Press, said a man went into the middle of a group of children standing on the grass across from the pool.

He then “pushed and became physically violent with a child” until a staff member intervened.

“Witnesses took photos and video of the man and called police,” the letter states. “Park patrol detained the man until police arrived. It was a mentally challenged adult away from his caregivers.”

The child’s parents were informed of the incident, and police spoke to the man’s caregivers and parents, according to the church, which promotes its day camp as the largest in Winnipeg.

The child was assessed by paramedics, and was “showing no signs of physical or emotional trauma” after the incident, the letter states.

“We want to assure you that our staff are doing everything possible to keep your kids safe and are following protocols,” the church wrote. “We want you to have the information so you can speak to your kids about the incident, and in case any of them are upset and scared because of it.”

The letter instructed parents to send an email if they have questions about the incident: “We don’t want parents asking or talking about it at pickup time with children around.”

Werner said the decision was to leave it up to parents to talk to their children about the incident. “We didn’t want to do a big spiel in front of the kids.”

One parent of a day camp participant told the Free Press they would welcome an open discussion about the incident, and more information from organizers to reassure the children of their safety and help them to process any emotions.

The parent’s child had “a really rough go” and didn’t want to go to bed following the incident.

“There was just a lot of feelings bottled up inside and, honestly, they were asked not to talk about it at the camp, and I think they actually needed to debrief about it,” said the parent, who asked to remain anonymous. “One comment (my child) made was they’ll never feel safe going back to Kildonan Park, but I did reassure that it was going to be OK.

“I think kids have to process this and be open to talking about it. Hushing it up doesn’t help anyone feel safer, only more scared.”

There has been more talk about safety in Winnipeg recently, after a number of serious incidents in public, including three reported attacks at The Forks and a shooting at the Red River Ex.

“I feel scared living in Winnipeg. As a parent, I can’t stop bad things from happening, but I’m ferocious in trying,” the parent said. “It just seems like at first downtown was awful, and then it just keeps spreading.

“We just try to do the very best we can: creating a safe place for our kids to explore the world. It just feels like Winnipeg has less and less safe places for any of us.”

The Free Press asked city police to provide details about the incident. A spokesperson said they did not have the information on hand and was unable to provide it without an incident number, which may still be in the process of being logged for investigation.

Werner, who spoke on behalf of the church and day camp, said he does not have an incident number.

A spokesperson for the City of Winnipeg declined to comment. 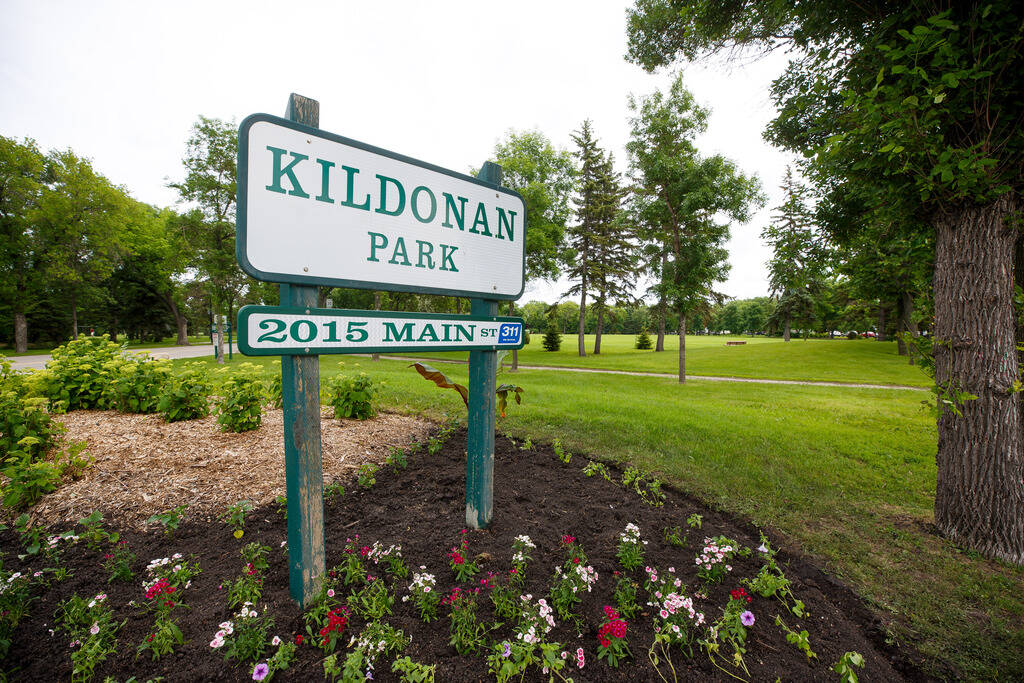