Manitoba Lt.-Gov. Janice Filmon thought last year’s speech from the throne would be her last. It may not be. After seven years serving as the Queen’s representative — the longest anyone has held the position in Manitoba in almost 70 years — there is still no word from Prime Minister Justin Trudeau’s office on a replacement.

Manitoba Lt.-Gov. Janice Filmon thought last year’s speech from the throne would be her last. It may not be. After seven years serving as the Queen’s representative — the longest anyone has held the position in Manitoba in almost 70 years — there is still no word from Prime Minister Justin Trudeau’s office on a replacement.

That’s putting considerable strain on Filmon and her husband, former Manitoba premier Gary Filmon, both of whom are in failing health.

The lieutenant governor battled cancer in 2019 for the second time in her life. Last year, she fell and broke her hip. Gary Filmon, who turns 80 next month, has a heart condition, making it increasingly difficult for him to fill in for the lieutenant governor (which he has done on numerous occasions in recent years). Trudeau is aware of the Filmons’ circumstances. Yet he has still not appointed a replacement.

His failure to do so is now bordering on abusive.

The job of lieutenant governor is not a passive one, especially the way Filmon performs her duties. Requests come in every week for the lieutenant governor to host or attend public events, meet dignitaries and interact with the public. It can be an active job, if you make it one, as Filmon has. She’s in high demand and she’s loath to turn down requests.

However, her ability to keep performing those duties has, for health reasons, become extremely difficult. After four decades of dedicated public service, the Filmons deserve to be relieved of their responsibilities. The fact Trudeau continues to ignore their plight is a disgrace. It’s his job to appoint lieutenant governors to provincial legislative assemblies every five years. He’s not doing his job.

Filmon, who says she’s been “blessed” and “honoured” to hold the position, was appointed vice-regal on June 19, 2015. It’s the longest anyone has held the job in Manitoba since the early 1950s. The closest in recent history was George Johnson, who served as lieutenant governor for just over six years between 1986 and 1993.

Manitoba is not the only province where the prime minister has been derelict in his duty to appoint a new lieutenant governor. Ontario’s Lt.-Gov. Elizabeth Dowdeswell has been in the position for seven and a half years. Michel Doyon has been Quebec’s lieutenant governor since Sept. 24, 2015. There is no set term for lieutenant governors. However, five years and change is the norm.

Trudeau eliminated an advisory board established by former prime minister Stephen Harper to nominate candidates to the position. The former process was an effective way to seek out qualified people for the job. Now, appointments are made directly through the prime minister’s office (the governor general technically makes the appointment, on the advice of the prime minister). Obviously, that approach isn’t working well. Either that or ensuring provinces have new lieutenant governors every five years is not a priority for Trudeau.

Instead, he’s happy to exploit the good will and dedication to public service of people like Janice Filmon, who would never complain about her circumstance. She will likely keep doing the job as long as she’s asked to.

Even if Trudeau announced an appointment this month to replace Filmon, a swearing-in likely wouldn’t occur until the end of summer. Every week and month that goes by without word of a new lieutenant governor is preventing the Filmons from moving out of Government House (the lieutenant governor’s residence located beside the Legislative building) and enjoying whatever years they have left.

In her Nov. 23, 2021 speech from the throne, Filmon appeared to say her goodbyes, telling the legislative assembly it would probably be her final address. If this delay continues, it may not be.

The prime minister’s failure to relieve the Filmons of their duties shows a profound lack of respect for a couple who have dedicated most of their adult lives to public service. They deserve better. It’s time for the prime minister to do the right thing and appoint a new lieutenant governor in Manitoba. 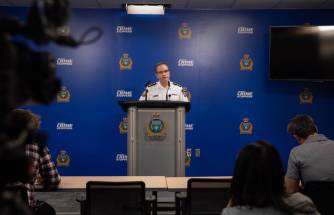 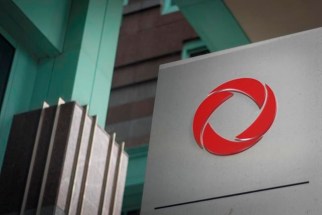 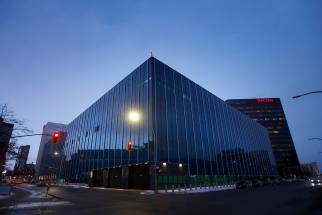 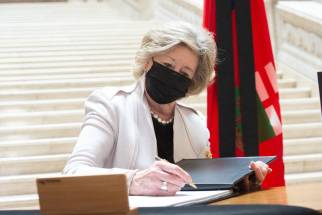 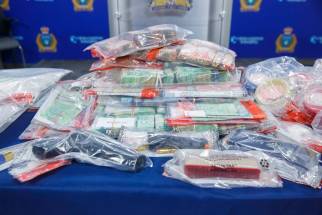 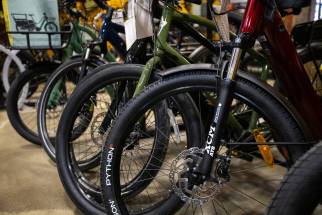 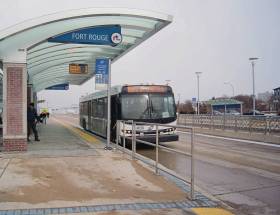 Shaky foundations Jamming up illegal drug traffic is her job