Manitoba Premier Heather Stefanson has promised relief from 40-year-high inflation is on the way.

Manitoba Premier Heather Stefanson has promised relief from 40-year-high inflation is on the way.

“We need to make sure that we’re in a place where we can make those changes to ensure that Manitobans have the resources that they need to be able to put food on the table for their kids, clothing on their back, and be able to drive them to community centres for their kids’ programs,” Stefanson said following an announcement Monday about arts, culture and sports funding at the Bourkevale Community Centre.

The premier said her Progressive Conservative government will bring forward “interesting things” to assist Manitobans struggling under the weight of gas and grocery bills. She declined to give specifics.

Stefanson said she believes her government has been proactive in tackling affordability challenges by sending out rebates on education property tax and auto insurance, and by indexing both the minimum wage and the provincial basic personal amount to the consumer price index.

Statistics Canada has reported the consumer price index rose 9.4 per cent last month in Manitoba, second only to Prince Edward Island (10.9 per cent). Transportation prices have increased nearly 25 per cent compared to 17 per cent for all of Canada.

“We recognize what other jurisdictions have done. I think we’ve recognized where we’ve been proactive in many of those areas,” Stefanson said. “But we recognize there’s still more to do.”

Stefanson dismissed the idea of an all-party committee to respond to inflationary pressures, as called for by New Democratic Party Leader Wab Kinew.

“I think it’s really important that we’re out listening to Manitobans,” Stefanson said. “I don’t think getting a bunch of politicians together is going to solve the problem of affordability in our province.”

The premier did not commit to a “gas tax holiday” as instituted in Alberta, which has suspended the provincial fuel surcharge until September. That province is also providing monthly electricity bill credits to residents throughout the summer.

To date, the premier said there has been no success in persuading the federal government to offer Manitobans relief on fuel prices, but not for a lack of trying. The Tories had said Ottawa must be involved in any conversation about the price at the pump when asked whether they would suspend collection of the 14 cents Manitoba charges on gas and diesel.

“Just don’t collect it in the first place and give people a bit of a break right now,” Stefanson said Monday. “That’s what we’re asking on that side. On our side of things, just stay tuned. We’ll have some interesting things coming forward, I believe.”

Manitoba is expected to boost the minimum wage this fall after it passed legislation in June allowing cabinet to raise minimum wage above the consumer price index when inflation exceeds five per cent in the first three months of that year.

Stefanson said her focus will be on those in most need after it was reported that multi-national corporations owned by some of the world’s wealthiest people received hefty education property tax rebates from her government.

NDP Leader Wab Kinew said it’s disappointing politics could not be put aside to call an all-party committee on inflation, which he described as a reasonable ask.

“Just like Brian Pallister, it sounds like Premier Stefanson doesn’t want to work with others for the best interest of Manitobans,” Kinew said. “Manitobans have been living through a summer of hot inflation and the PCs haven’t responded to that need.”

The NDP wants to see action taken to address the cost of food and fuel, and to give residents a break on their hydro bill, Kinew said. 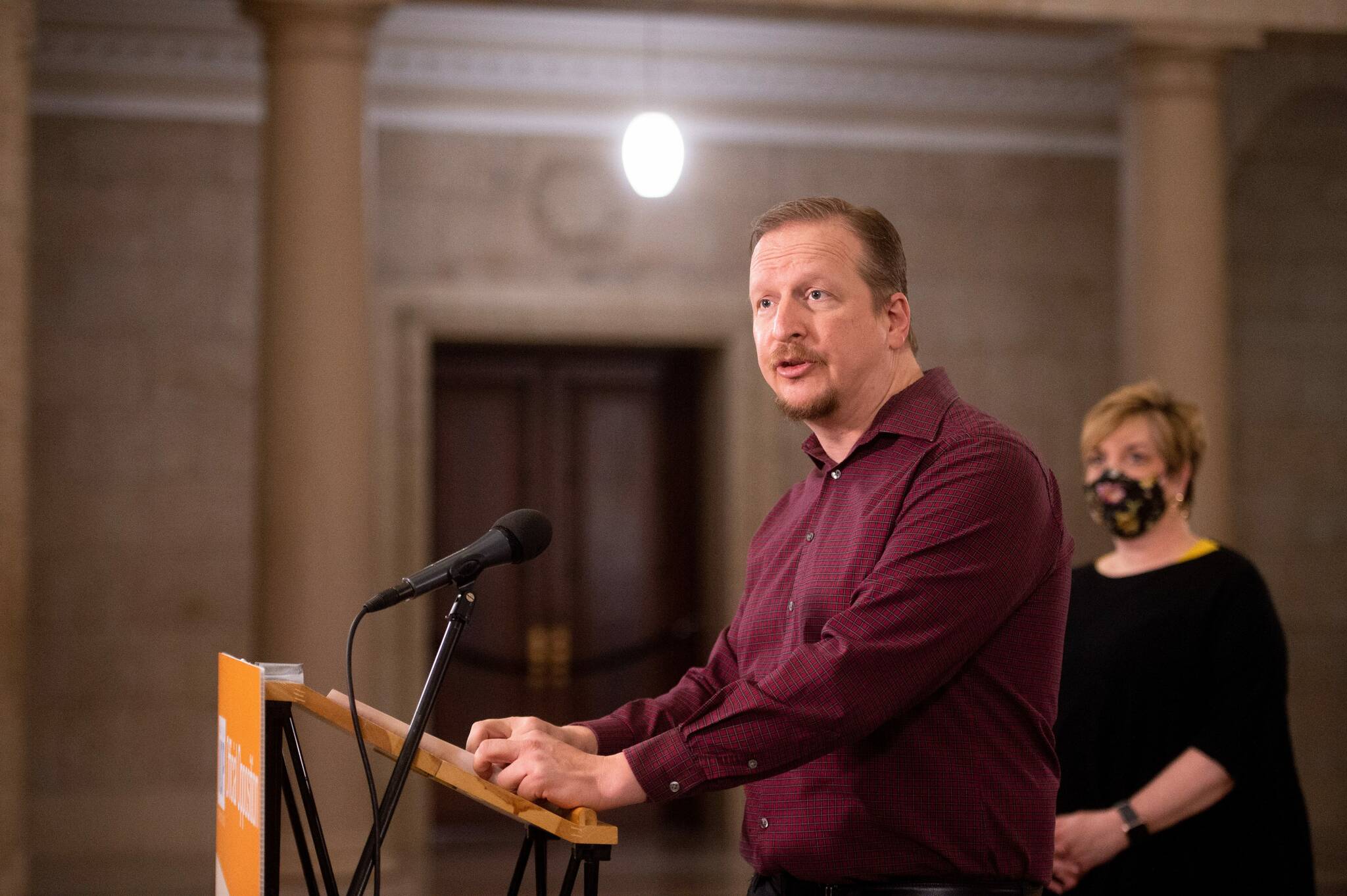